Next on The Scoop: The Puppy Apocalypse Hits New Jersey: Dog Walk of the Dead

Watch This: A Dog Interrupts a Soccer Game and Gets Belly Rubs

The players showed more love than annoyance, and after some affection they sent the dog on his way.

I’ve never been a big fan of sports, especially if they don’t include pointing swords at people. When I was in high school, I was into fencing, and several years back I took classes in a form of Japanese sword fighting called Tate, but that’s about as close as I come to enjoying sports. If you start talking about football, baseball, boxing, soccer (more properly called International Football), or basketball, you’re pretty much talking a foreign language to me. It’s not for lack of trying, I promise; when I was a kid and my dad watched games, I really tried to get into them, but ultimately they meant as much to me as calculus means to a Chihuahua.

Maybe it would have worked better if I got more belly rubs. It seems like a long shot, but it seems to have worked for this dog in Argentina. 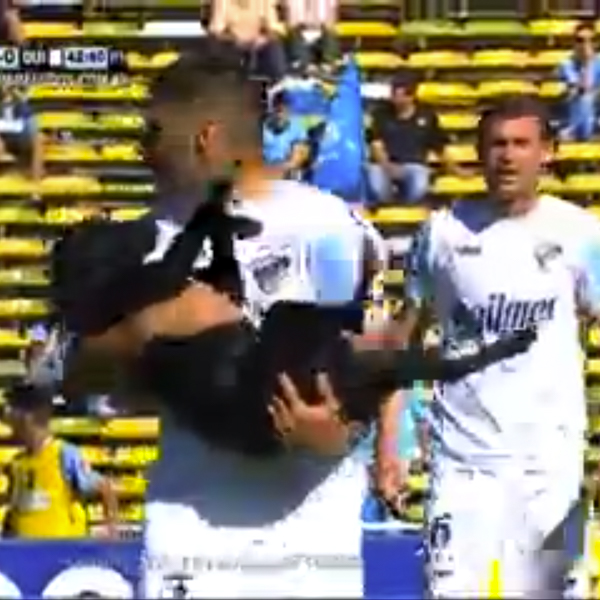 In the middle of a league game between Belgrano and Quilmes, the dog just scurried onto the pitch, ready for some playtime — although not the kind the audience was expecting. Fortunately, the players were good sports about it. They gave the dog some affectionate petting, rubbed his belly a bit, and carried him off the field with good humor. Everyone seemed happy, and the unknown dog became an international star for a few days. Who could object? Considering that the game ultimately wound up in a draw, the dog coming on the field might have provided the single unambiguous win of the day — audience, players, and dog included. 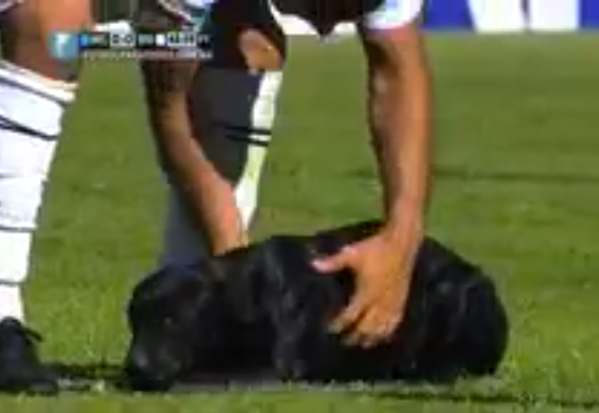 The Argentina event isn’t unique by any means. Actually, dogs wandering onto the field is almost a tradition in the sport. A few months back, Philip Mylnar collected six videos of dogs making unexpected appearances on football pitches, including one that wandered in just to make a poop. Perhaps it was a statement of some kind, either about the players or the game. And of course, Michael Leaverton reported on a previous incident in Argentina when player Jose Jimenez grabbed a dog by the neck and tried to throw him over the fence. Jimenez lost his place on the team for that, and a lot of respect from everyone involved. Watch the video below: It’s in Spanish, but adorableness is the international language, and no dogs get thrown.

Via The Indy Channel