Next on The Scoop: Dog Muzzles 101: How and When to Muzzle Your Dog
Dogster Magazine 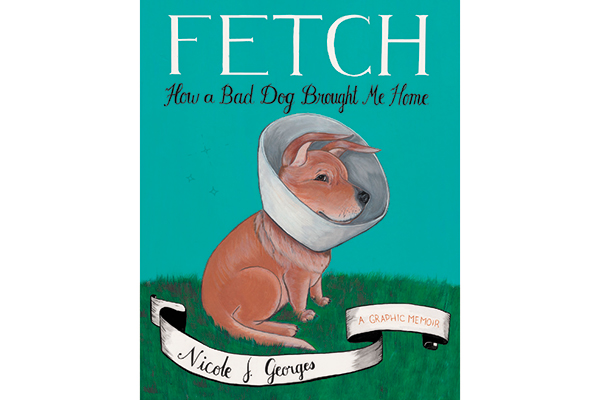 Fetch Chronicles a Complicated Relationship With a Troubled Dog

Fetch by Nicole J. Georges follows the author and her troubled Shar-Pei/Corgi, Beija.

This graphic novel chronicles the author’s relationship with her troubled dog, Beija — a Shar-Pei/Corgi mix prone to growling and attacking. Nicole was 16 when she adopted Beija and was quite troubled herself. For the next 15 years, Beija would be the one constant in her life. Throughout Nicole’s depression, bad relationships and unmoored young adulthood, Beija was there, helping her. Nicole turned to veterinarians, dog whisperers and even a pet psychic to help “cure” Beija, but she eventually realized that a relationship full of love, compassion and understanding is what they both needed. And although Nicole never successfully taught Beija to sit, in the end, Beija taught Nicole how to stay.