Next on The Scoop: Foxy the Puppy Has the Cutest Eyepatch We’ve Ever Seen

A photo of the scared dog swept through social media, and hundreds lined up to adopt her.

Chelsea, a one-year-old Pit Bull, was trapped in a San Bernardino Animal Control shelter, terrified, huddled in a corner of her cage, unwilling to even look at people, according to the Independent. Time was running out. Her euthanization date was set: Thursday, Feb. 13. This is what people saw when they looked in the cage: 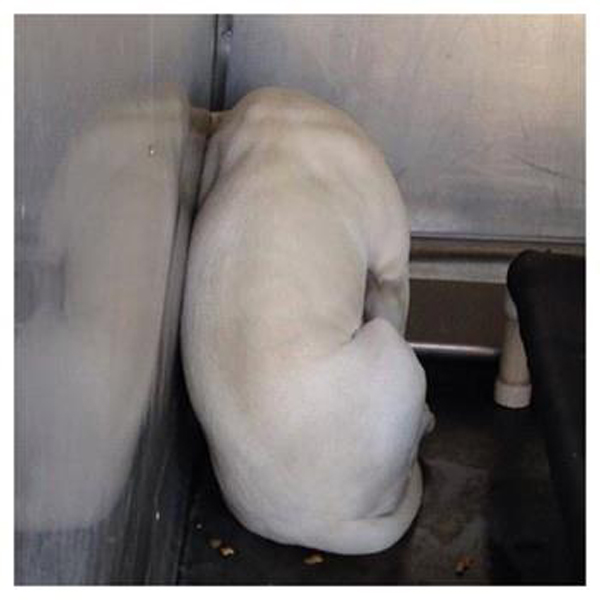 Fortunately, the dogs at San Bernardino Animal Control have a guardian angel — Save SBC Shelter Pups, a group formed on Facebook to highlight the dogs in immediate need at that shelter, trying to get them adopted. Members saw Chelsea and knew they had to try to save this scared, lonely dog. They posted the above picture to the group’s Facebook page with this message:

Not a great picture? Imagine how she feels ;( Pit Bull scared out of her mind here, this breaks my heart, she’s a really sweet dog, who does this?

The photo quickly spread, landing on Reddit and other sites. People posted the photo with their own heartbreaking captions, like this one: “Chelsea is only one year old, and sits with her back to the public. The emotionally dejected Pit Bull hides her beautiful face in the corner; who says dogs don’t feel the pain of rejection?”

Melinda York-Rinehart visited the shelter and posted her own video of Chelsea on Facebook. It shows the dog shaking, unable to even look at the cooing York-Rinehart for more than a second before turning and walking, trembling, to the rear of her cage to hide. She also posted this photo: 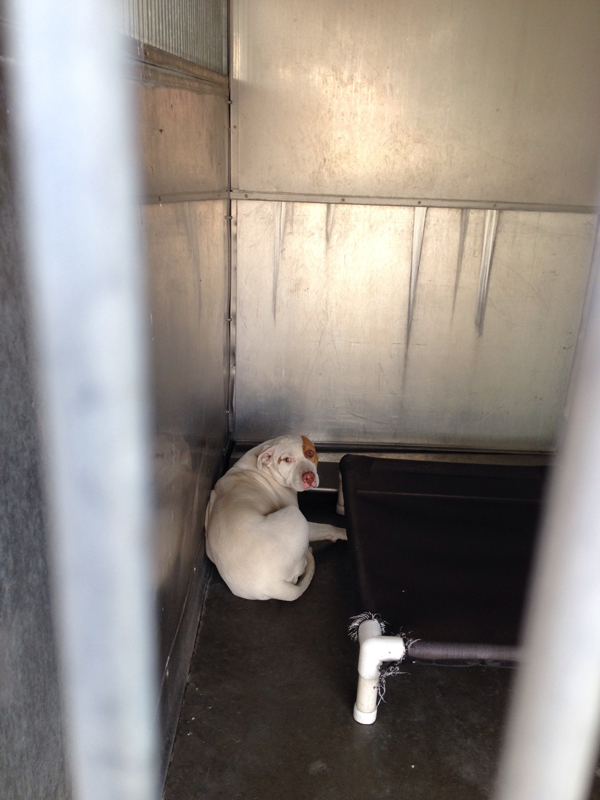 And it worked. People turned out in droves for Chelsea, inundating the shelter with calls; Save SBC Shelter Pups posted the happy news on Facebook:

Great news: the shelter has had overwhelming amounts of calls for adoption and there’s a FULL waiting list for Chelsea’s forever home! She is released from quarantine on the 13th and will be held for adoption until the 15th; with hundreds of people trying to adopt her, she will absolutely find a home. All that remains is finding homes for the rest of the shelter animals that have similar stories and plights.

Of course, Chelsea may have behavioral issues — one person on Reddit said that he had called the shelter and learned as much, according to the Metro.

“They let me know that the dog had lashed out and tried to bite some of the people at the shelter,” the person said. 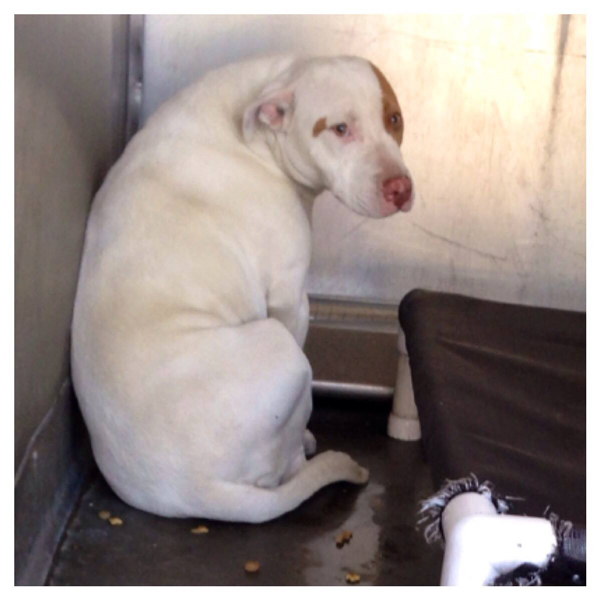 But with so many applicants, the shelter should be able to find someone who can put in the necessary work to rehabilitate Chelsea and give her the kind of life she clearly did not have before. Let’s hope her story continues to get better.