Next on The Scoop: Another Set of Poison Meatballs Shows Up in Colorado

Plane Makes Emergency Landing — After Dog Poops in the Aisle

He pooped twice, and one passenger calls it a "blowout." We got your news, right here.

On a recent afternoon, a service dog pooped — twice — in the aisle of U.S. Airways Flight 598, inbound to Philadelphia from Los Angeles, causing the plane to make an emergency landing in Kansas City, Missouri.

“So the full-sized dog that’s on my flight, well it did what dogs do & went to the bathroom when it felt like it smack dab in the middle of aisle.”

“Can’t make this up. The dog has now sh*t twice. Plane is emergency landing cuz ppl are getting sick. Hazmat team needs to board @USAirways” 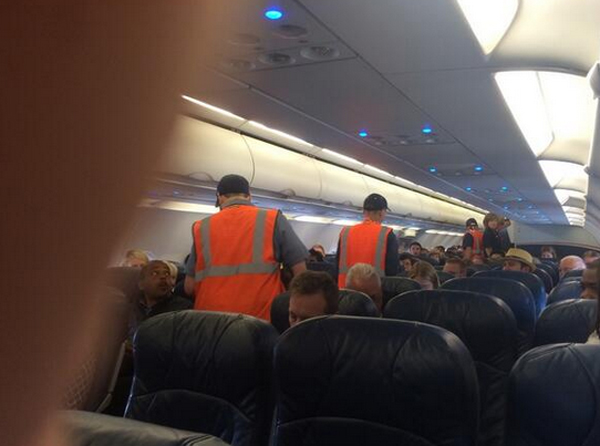 These were fine attempts, but frankly Twitter underwhelmed here. Dog poop forcing a plane down in Missouri is a big story, huge and … ripe. It needed a medium as a big as the story.

It needed Inside Edition, it turns out.

Passenger Steve McCall, a hero who was one seat back from the mayhem and emerged unsoiled, sat down and gave a blow-by-blow account of the payload to an Inside Edition reporter, who made the appropriate shocked faces throughout. McCall did a fine job. Here are the choice bits from his account. 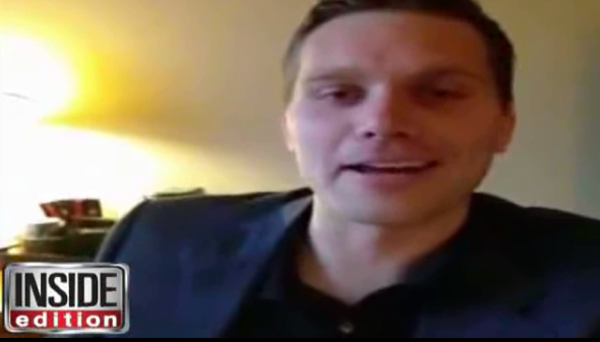 “About an hour into the flight, I started smelling something terrible. I thought it was the family in front of me,” he began. “Now, I have an eight-month-old son, but that’s the worst smelling blowout that I’ve ever smelled.” 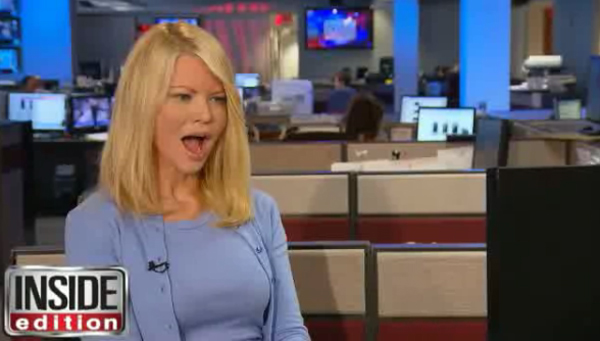 “I look up the aisle way and there’s a dog pooping right in the middle of the aisle on the flight. And it’s just [astonished pause] … it’s not like a normal … [struggles to find words to put to the bizarre images he’s seeing in his head] … it’s a big dog, three or four feet tall, and he was just going!”

McCall leans in slightly. “I mean, it was not like little pieces, it was full-fledged dog diarrhea.”

“This is the most unique flight experience I’ve ever had,” he went on, [not] swirling brandy in a glass. “An hour later, it still smelled bad, and after they cleaned it all up, the dog pooped again! So it wasn’t just once, but it was twice. You just have to laugh, at some point.”

The reporter jumps in with a question: Are other people laughing? What are they doing, Steve?

“The guy in front of me on the right, he gets up and he’s like, ‘Dude, this dog is crapping right here. I’ve got to get out of here.’ So the flight attendant turns around and starts watching it.

“The first time was bad, the second time people said, ‘You got to get us out of here! This is nasty.'”

After the second incident, the crew had no more paper towels, and nothing else they could use for cleanup.

“The pilot comes on the radio, ‘Hey, we have a situation in the back, we’re going to have to emergency land!'” McCall says. “They said it was a biohazard because they didn’t have enough cleaner the second go-around.”

“This is by far the worst, most outrageous traveling experience I’ve ever had. I was glad I wasn’t the family in front of me with two kids right in front of it.”

Excellent interview, Steve. In a perfect world you would witness all dog poop mishaps and report them to Inside Edition.

Meanwhile, over at Philly.com, Jim Kutsch, president and CEO at the Seeing Eye in Morristown, N.J., has another angle. He wryly points out dogs do, you know, get sick.

“I’m sure this would not be a news story if a human had been sick on a plane,” said Kutsch, who has been a Seeing Eye dog user since 1970. “Dogs are living beings and they, too, get sick.”