Next on The Scoop: Manhattan Neighbors Brought This Feral Dog In From the Cold. Now He Needs Medical Care

Elsa the Chow Mix Found Frozen to the Ground in Michigan

It took a half hour to free her, but she's bounced back quickly; her owner has been charged with felony animal cruelty.

Early Tuesday morning, Marylou Rotrock knew something was wrong at the house next door to hers in Ecorse, Mich. She heard a dog’s cry for help, and in those temperatures — 5 degrees F., with the windchill of negative 10 — she knew she had to investigate.

“I’m not one that goes over on other people’s property,” Rotrock said, according to Opposing Views. “Something told me I had to.”

What she found horrified her — a Chow mix, lying on her side, frozen to the ground. Another dog was there as well, but seemingly OK.

“There was no food in the bowl and some of the excrement had plastic bag pieces in it,” Rotrock said. “So these dogs were eating anything they could.” 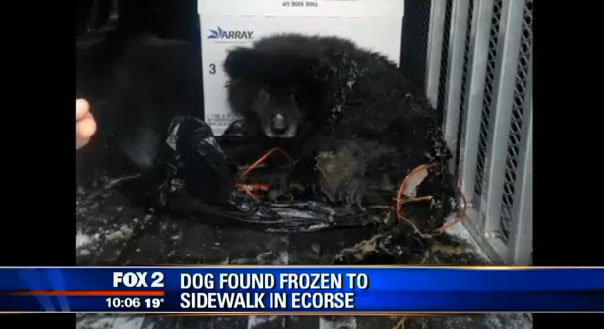 Rotrock called authorities, who were soon on the scene. The dog was in bad shape.

“The dog was incoherent, was not responsive. She didn’t start crying until the water was poured on her,” Patricia Trevino of the River Rouge Animal Shelter told MyFoxDetroit.com.

“It took about a half an hour to get her unfrozen from the ground. They had to pour warm water on her. Her two legs were frozen. The side of her face and her side; she was literally lying frozen to the ground.” 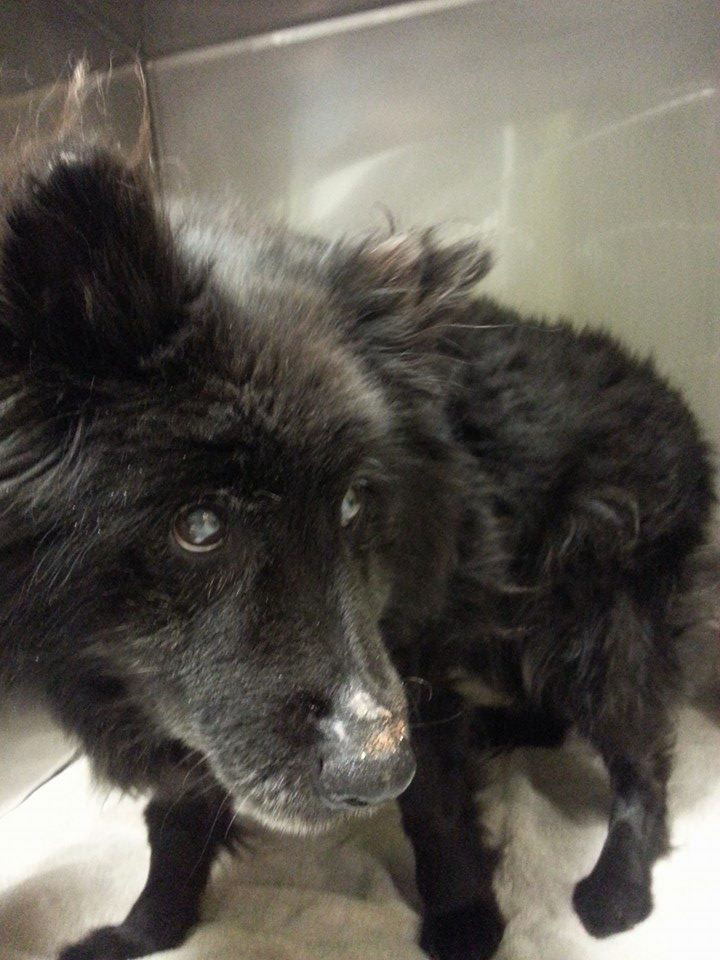 After they freed the dog, who they dubbed Elsa, rescuers rushed her to Healthy Paws Medical Center, where she is receiving care. Those initial moments were fraught with worse-case scenarios — staff feared she had a broken leg, they were thinking amputation due to frostbite.

“Her feet are literally bleeding tonight when she walks because they were frozen,” Trevino told MyFoxDetroit.com. “They were a block of ice. The toes were frozen together.” 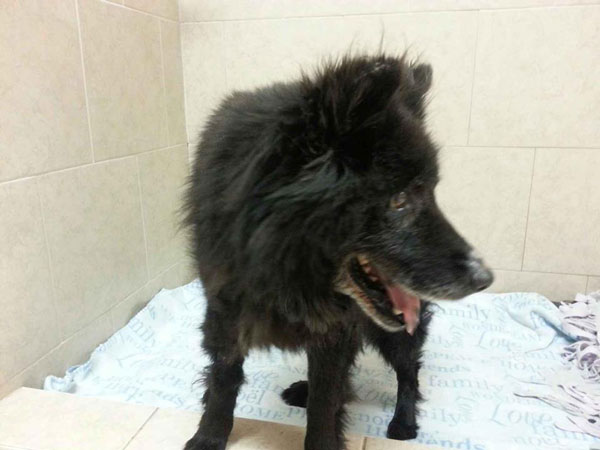 Fortunately, Elsa bounced back quickly. The next day, Healthy Paws posted on its Facebook page, “Our quick update for now is that she is eating well, very perky, and has some pep back in her step.”

Then, after X-rays and more testing, it delivered more good news to the thousands of concerned people who were following the story.

Elsa’s X-rays look good. There is no sign of any fractures. She has a little arthritis in her spine, which is not uncommon for an older dog. We are still watching her back right paw closely. There is still significant swelling, but we are pleased there are no fractures. She also has cataracts in both eyes, but still has some limited vision. Elsa also was moved to her own luxury suite this afternoon and has plenty of room to stretch her legs and rest comfortably. 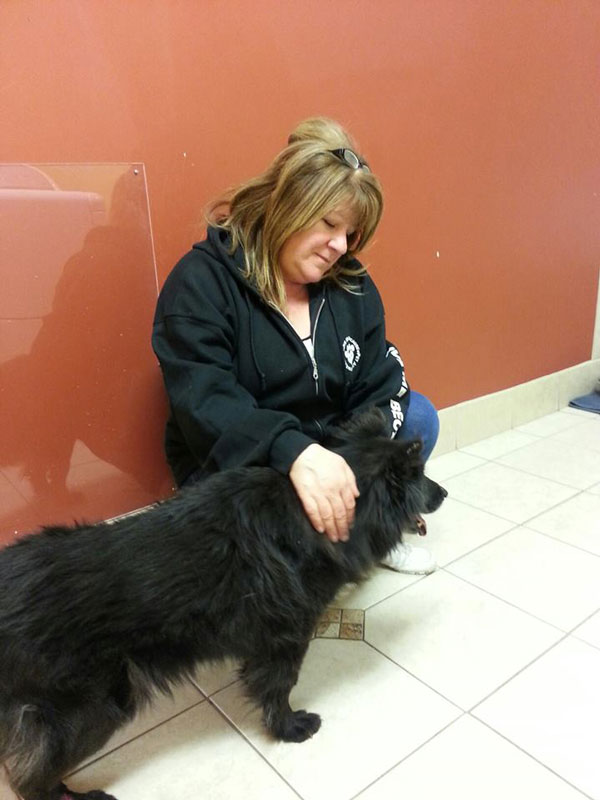 And staff made a point to thank all the concerned dog lovers, who quickly responded when the call was put out for donations for Elsa’s care.

We are in complete amazement at the amount of love and support people have been giving to this sweet girl! She has been getting phone calls and donations from all around the country, from Boston to Los Angeles! Thank you so much to all of you generous, caring, big-hearted animal lovers out there! It’s great to see people coming together for such a meaningful cause.

As for the owner, he’s been charged with felony animal cruelty and is due to appear in court. Ecorse Police Chief Mike Moore said the owner claimed the dog had only been outside for a few hours, but neighbor Rotrock thinks it had been days.

“I don’t think [the owner had] been there for the last few days,” Rotrock told Opposing Views. “And that’s when it was so frigid. So those dogs may have been there for days … they never come in.”

Why Do Dogs Dig in Their Beds?

Is Your Dog Vomiting Blood? What to Do Next

What Are the Causes of Black Dog Poop?

Can You Use Human OTC Eye Drops for Dogs?