Next on The Scoop: How to Safely Shampoo a Dog Who Has a Skin Condition

Protestors clash with police as the dog is taken from home; his owners remain in quarantine.

Excalibur, the dog whose owners are in Ebola quarantine, is dead, killed by the Madrid regional government, who obtained a court order to remove the dog from his home.

As we wrote yesterday, the dog was staying alone in his apartment after owners Teresa and Javier Limon Romero were put in isolation after Teresa, a nursing assistant, tested positive for the Ebola virus last week. 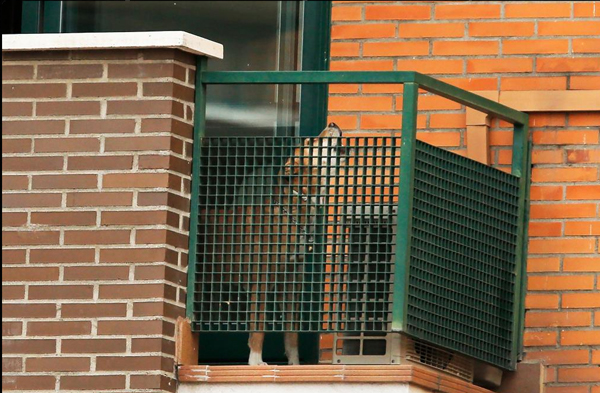 Before he left, Javier, who still tests negative for Ebola, left large amounts of food and water for the dog, and reached out for people to help save his dog, asking the government to put him in quarantine for testing rather than kill him. That call resulted in a change.org petition, which quickly garnered more than 400,000 signatures, and many news stories about Excalibur’s plight.

Last night, according to the Independent, Javier told activists via video: “I’m in the hospital and I’m making a call to all people to help me save my dog Excalibur because they want to kill him just like that, without following any procedure.” 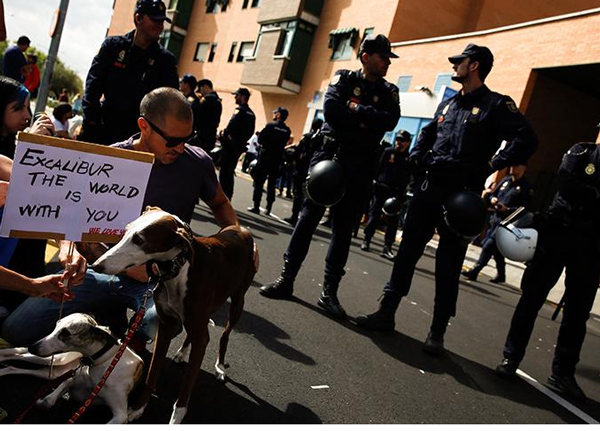 That resulted in about “50 furious demonstrators” showing up at his home, just as authorities were attempting to gain access to the property. Police had to fight through the crowd; protestors yelled “assassins” and blocked the road. Two protesters were reportedly hurt as they tried to block the van taking Excalibur away. Protestors then camped outside the hospital, shouting, “Excalibur, you are not alone.” 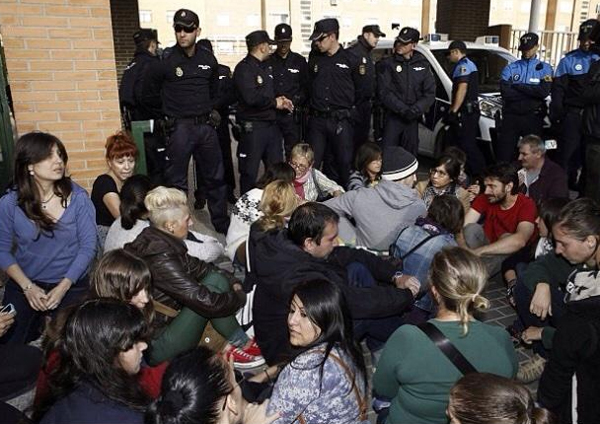 Shortly thereafter, Madrid’s regional government announced it had euthanized the dog. According to Business Insider, veterinarians at the Laboratory for Biological Safety, Faculty of Veterinary Medicine, Complutense University of Madrid performed the procedure. Lead veterinarian Javier Rodríguez said in a statement that Excalibur was sedated during the procedure and did not suffer. Then the dog was “put into a sealed biosecurity device and transferred for incineration at an authorized disposal facility.”

Authorities don’t know whether the dog did in fact have Ebola, as he was never tested. Also unclear is whether or not he could have passed the virus to humans, as we discussed in our previous story about Excalibur. To get a look at what we know about dogs and Ebola thus far, read NPR’s interview with Dr. Amesh Adalja, a specialist in infectious diseases and a senior associate at the University of Pittsburgh Medical Center’s Center for Health Security. 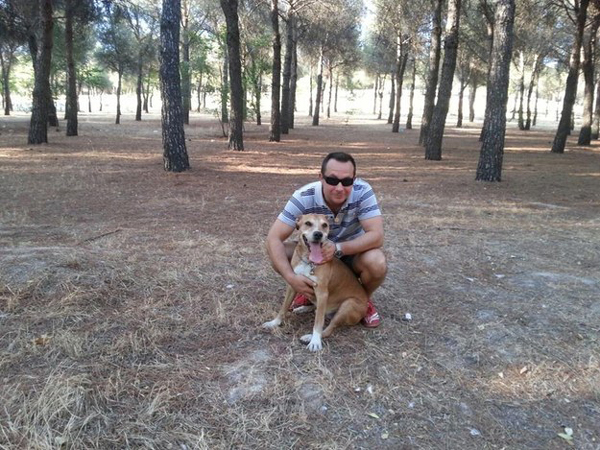 In response to the killing, the people behind the original change.org petition have started a new one “demanding political responsibility.” The page reads, “We demand the resignation of those responsible for the death of Excalibur.”

For more information, check out the change.org petition, visit one of the Save Excalibur Facebook pages that have been created, and visit the #SaveExcalibur Twitter hashtag.