Next on The Scoop: Pa Kettle, a Soulful Bloodhound, Is Now Mayor of Divide, Colorado

Want to Help a Dying Dog? The Denver Police Will Arrest You

A dog lingered in pain for 90 minutes after a car accident. When a neighbor tried to help, police threatened him.

One topic that I find myself covering repeatedly here at Dogster is police officers gunning down dogs for no discernible reason. The story plays out the same again and again: A cop is out on some call, a dog barks at the officer, and the cop pulls the trigger. In February, a cop in Idaho was caught on his very own dashcam as he killed a service dog that had gotten out of his backyard. The act sparked enormous public outrage. The case was typical in everything except that it was caught on video.

But as sick as I am of them, all these the cases have one merciful aspect to them: When the police officer pulls the trigger, the dog dies, quickly and easily. That’s more than can be said for what happened in Denver yesterday, when police prevented a local resident from helping a dog who was lying in the street after being struck by a car. The dog lay there for some 90 minutes, uncared for, before dying from the injuries. 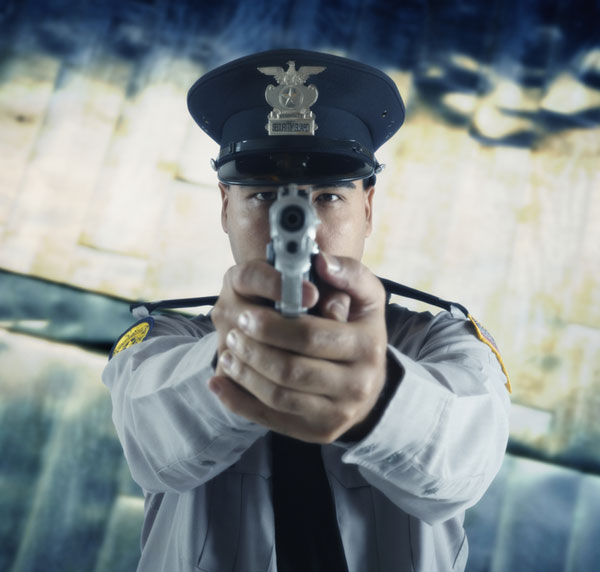 Ross Knapp, who lives in the area, tried to comfort the dog and provide water, but police officers told him that if he didn’t get away, they would arrest him.

“I had one of the officers tell me I had to leave and couldn’t be near it. I tried a couple of times to go back and he just finally said I’m impeding on an investigation and if I came back I’d be arrested,” he told Denver TV station RTV6.

Video taken at the scene shows the dog lying helplessly on the road, gasping for breath, with bystanders forbidden to approach by police.

“It was in shock, its pupils were totally dilated. It couldn’t really move,” Knapp said.

Neither did the officers themselves attempt to care for the dog; they did call animal control, about 15 minutes after arriving, but no one showed up for more than an hour. When the animal control officer did arrive, the dog had been dead for several minutes.

The Denver Police Department is defending the officers’ actions. Spokesman Sonny Jackson said that the officers had followed policy: “It’s always about the personal safety of that individual. It’s not trying to be cruel to the animal or cruel to the individual,” he said. “It’s best if we get the animal control people in there, let them do what they do as experts and let them take the actions.”

But the fact is that no actions were taken, either by the police or the animal control officer. Actually, perhaps that’s not true: The police did take action to make sure that no aid was given to a helpless, suffering animal that was in pain.

As of now, the name of the dog and its owner are unknown. The animal had no tags or collar. However, resident Connor Leiva has started an online petition demanding that the Denver Police Department issue an apology for its conduct to the neighbors and the dog’s family.

“As leaders of our community it is within their responsibility to handle any emergency, even one concerning the life of an animal, with compassion and concern,” the petition states. “When the department fails to do this they let down the public and create an image of mercilessness and cruelty.”

The petition had 1,300 signatures. Cruelty by police officers, both against humans and dogs, is far too common. The Denver Police Department should take this opportunity to have a good hard look at their policies, instead of threatening citizens who try to help.