Next on The Scoop: Video of Iranian Dog Killings Sparks Demonstrations Throughout the Country
In the News

50 Bulldogs Vie for Most Beautiful at Drake University

Tank took home the crown, but his 49 fellow contestants were fine examples, with many dressing in silly costumes. See the pictures!

This weekend’s 36th Annual Beautiful Bulldog Contest at Drake University, which kicks off the school’s Drake Relays athletic week, featured a record-setting crowd of 1,400 spectators watching 50 Bulldogs compete to be top dog. The contest has been around since 1979 and is considered the oldest event of its kind in the country. Each year, the event receives so many entrants that officials must select contestants from a lottery.

The winner? The handsome Tank, whom Duane Smith adopted from Craigslist last year. “He loves to play tug of war, he’s friendly with the neighbors — he’s a great dog,” said Smith. 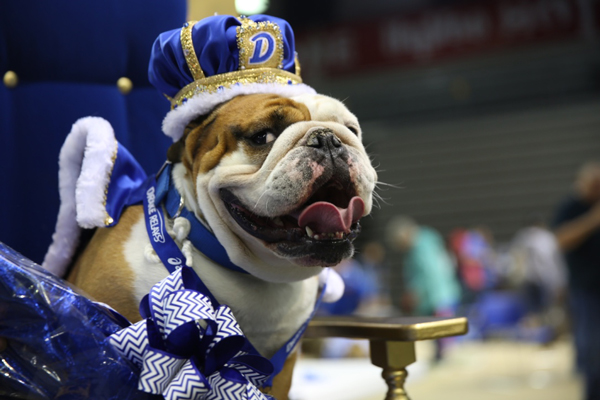 “Tank has just got a great look to him,” said judge and Drake University Athletic Director Sandy Hatfield Clubb. “Great coloring, nice stature, that classic Bulldog face with bottom tooth that sticks out just right. And he’s kind and gentle, which is equally important.”

This is some more Tank: 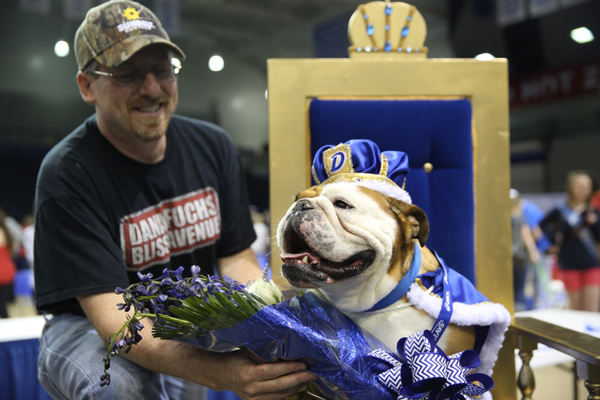 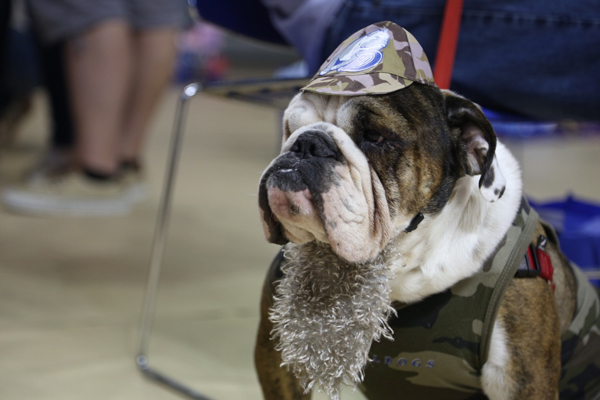 The win makes Tank 2015’s Beautiful Bulldog and Drake Relays mascot, and his duties require appearances at Drake Relays-related events throughout the week.

Tank won out over a impressive panel of contestants, especially the pirate dog and a bunch of Bulldogs in dresses — oh, and the Bulldog in the top hat. Hard to imagine anyone beating a Bulldog in a top hat, but here we are.

Enjoy more pictures of the event: 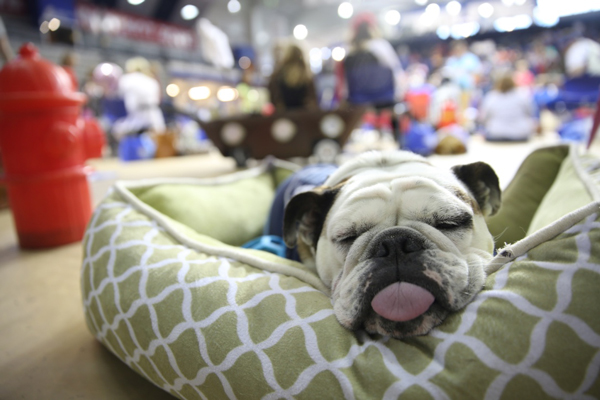 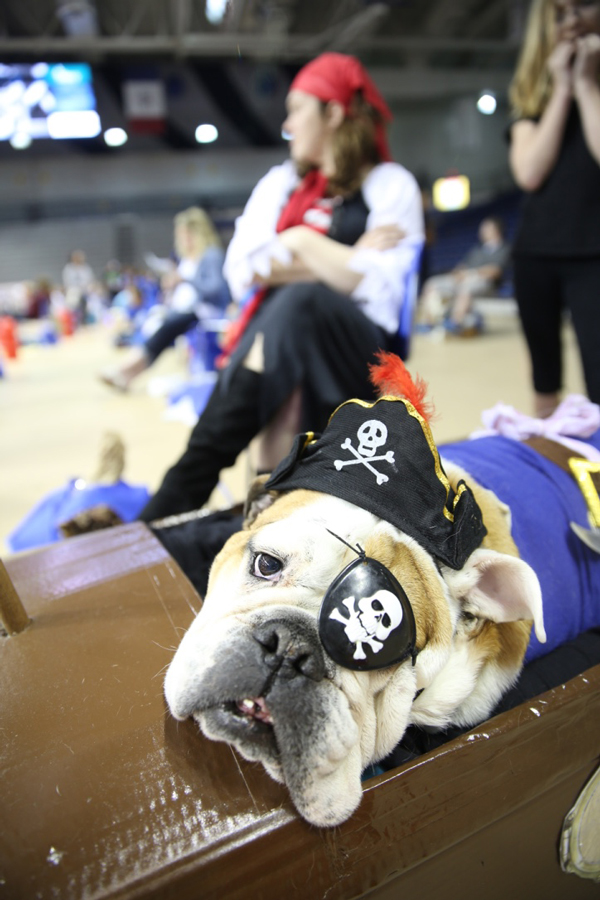 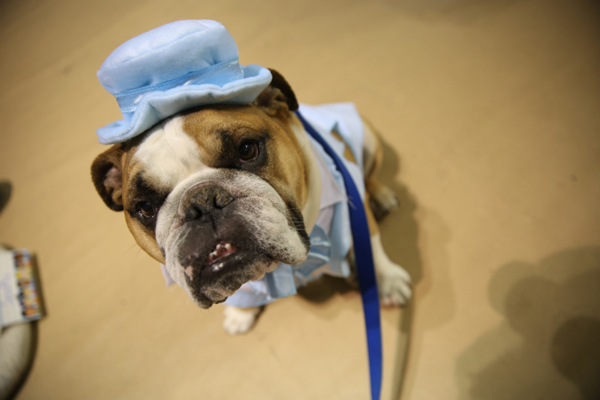 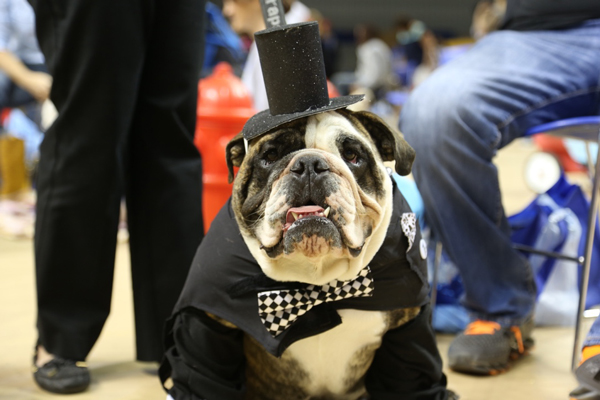 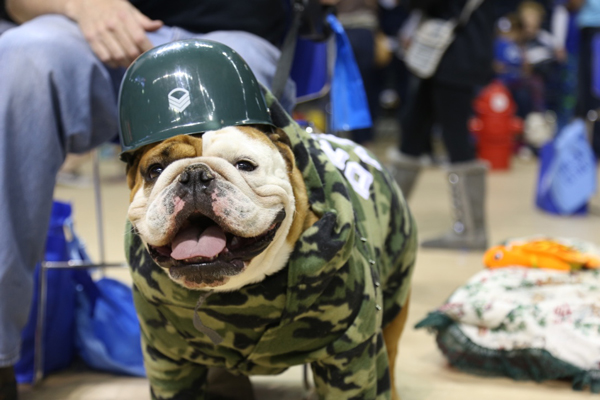 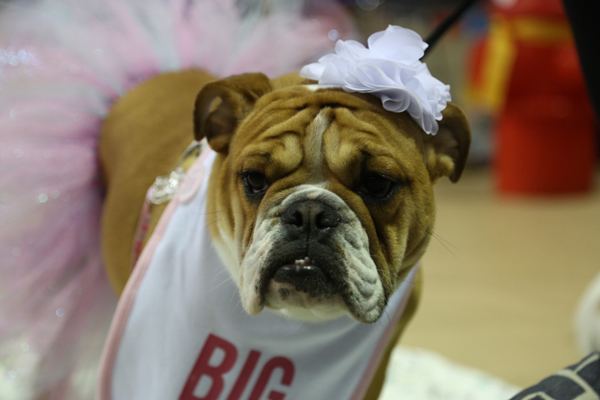 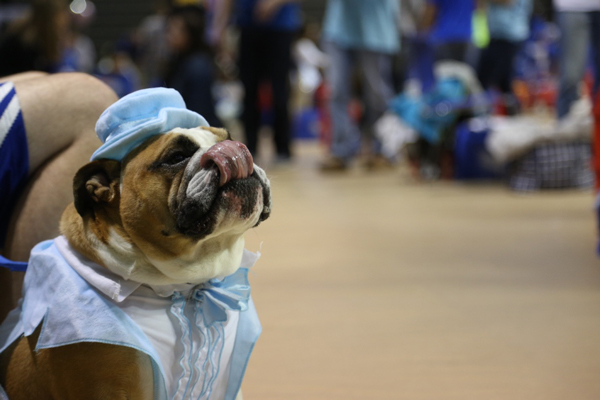 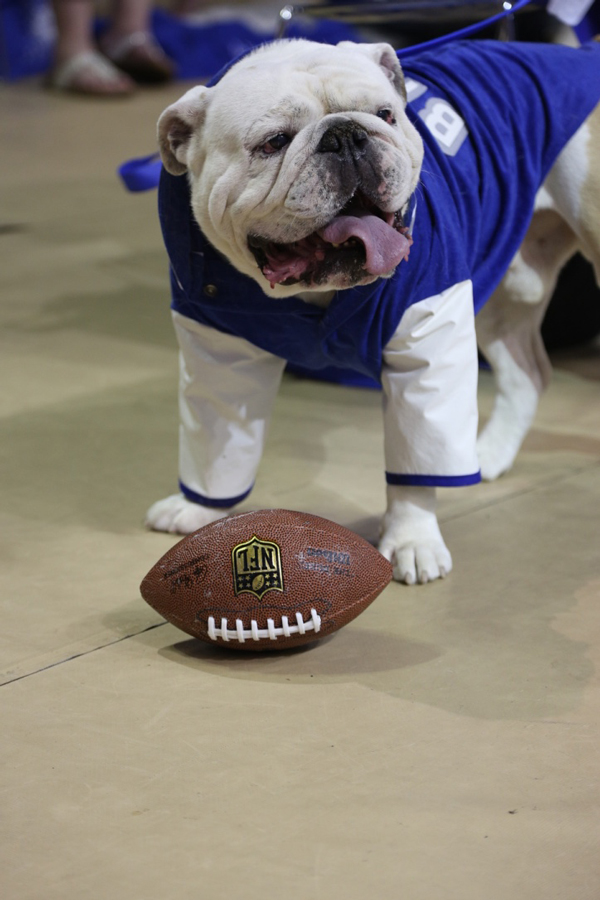 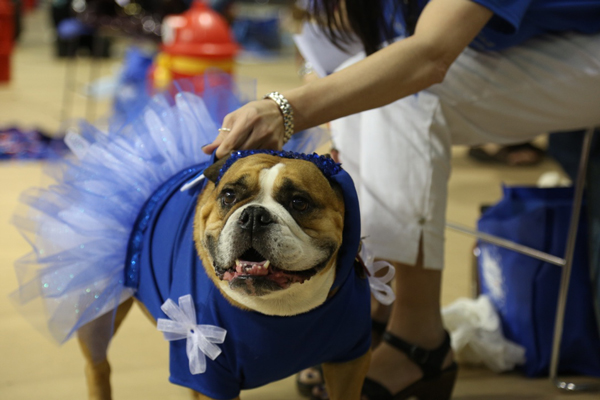 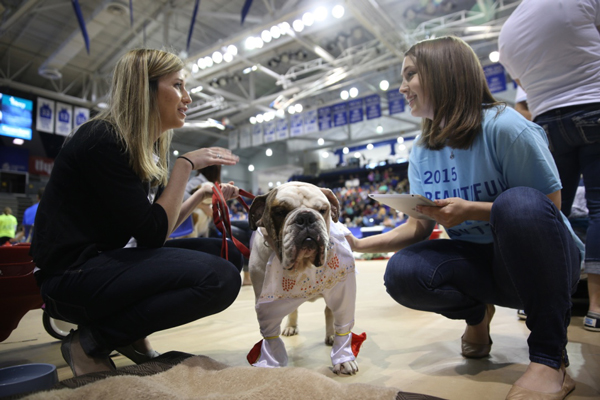