Next on The Scoop: Downton Abbey: The Countess Bans Actors’ Dogs!

The Countess Bans Actors’ Dogs on the Set of Downton Abbey

Actors' dogs have been "running riot around the house and grounds," and are welcome no more.

The decree came down from the Earl and Countess of Carnarvon, who own Highclere. They were not happy — or I suppose the correct way of putting it is “they were displeased,” delivered in a throaty voice from the top of the stairs — with all the dogs “running riot around the house and grounds,” according to the Daily Mail. 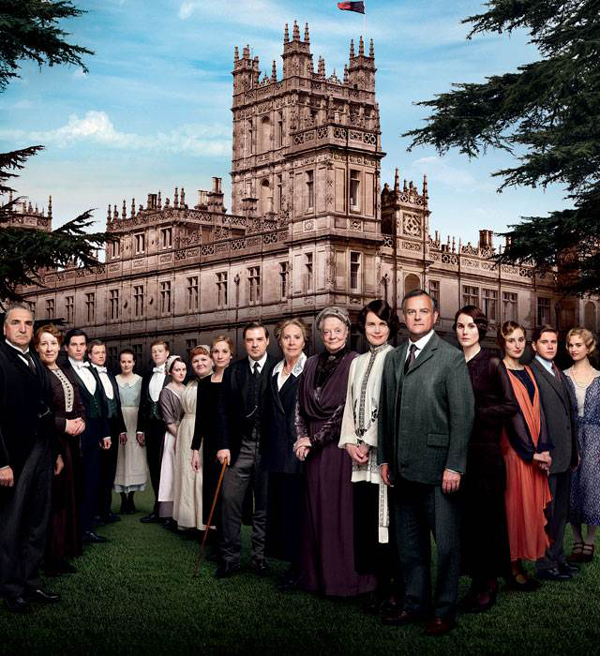 However, not all dogs were banned. The Countess’ own dogs were spared, because she owns the joint and can do what she likes. She owns owns three spaniels and two Labradors.

A source on the show told the Mail, “As the cast spend so much time filming at Highclere Castle, a lot of them bring their dogs with them. Lady Carnarvon imposed a ban because she doesn’t like the dogs going in certain areas in case they cause a mess.”

However, there’s a bit of intrigue. The source leaned in close to the Daily Mail, furtively scanned for the Countess, and whispered, “One of her own Labradors gets jealous when rival dogs are on set, which is believed to be another reason.” 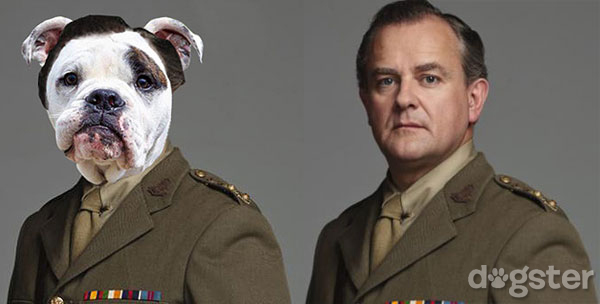 Ed Speelers, who plays downstairs footman Jimmy, admits he got on the wrong side of the Countess: “I’ve got a Border Collie who ran off and up to the part of the house you’re not allowed to go to,” he said. “I had to run after him and pick him up by the scruff of the neck because he was getting mud everywhere.”

“Frank just sat there and licked his lips while I scrubbed away the mud he’d spread around and pushed the sofa into a position that would hide the damage,” said Speelers. “Now everyone’s sending me up because I was acting like a real footman.”

Kiri te Kanewa (who plays Dame Nellie Melba) is flouting the decree, and she is perfectly fine with doing so. “I took my two dogs along and Lady Carnarvon didn’t want those anywhere near the place,” she said, “but anyway I did.”

“Take that, Lady Carnarvon!” she did not add.

Other dogs spotted on the set include those of Lesley Nicols (who plays cook Mrs. Patmore). She recently brought her Tibetan Terrier and rescued Miniature Poodle to work, and they behaved beautifully.

Via the Daily Mail