Next on The Scoop: German Shepherd Falls Into Sinkhole in Snowy Buffalo Park

Did You Take Issue with the Doritos Super Bowl Commercial Where a Kid Rides a Dog?

It was digitally enhanced, not real, but did it drive you nuts or was it just fun and games?

During the Super Bowl, we and more than 100 million other people watched “cowboy kid” ride the family dog in a Doritos ad. Obviously, no kid should be riding the family dog. We as a culture seem to have agreed on that. And yet, here comes Doritos with a kid riding the dog. It made us sort of squeamish, but we weren’t sure we should raise our finger in protest.

On the one hand: 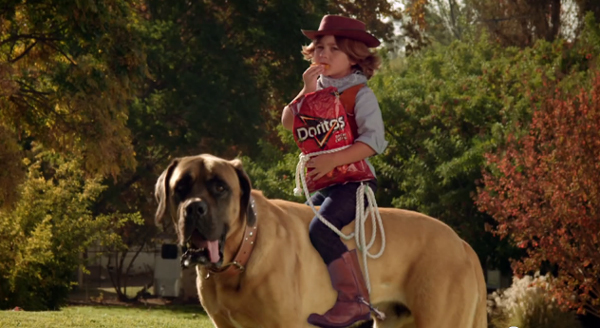 On the other hand: 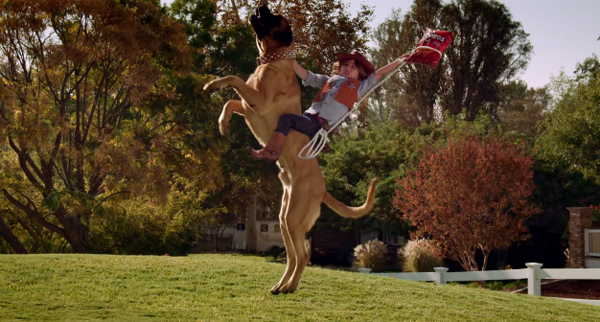 It’s important to emphasize that the kid is not really riding the dog — that’s digital. “He’s actually riding a green screen, if you can imagine that.” said the actor’s mother, Kimberly Wade, according to the Daily Press.

It’s also important to note that the two-, three-, and four-year-olds watching this — hell, even the five-, six-, and seven-year-olds (not to mention the eight-, nine-, and 10-year-olds) — don’t realize (or don’t care!) that the kid is not really riding the dog.

And if we know anything about kids, it’s this: They want to ride the dog. They are dying to ride the dog. And it goes without saying that the fewer kids we have trying to ride dogs the better, and ads like this don’t help. Our bet is that more than a few kids are looking at the family dog in a new way today.

It’s worth noting that this commercial didn’t come from an agency — it came from a Los Angeles mom, Amber Gill, who entered the “Crash the Super Bowl 2014” contest and won. It’s a “fan made” commercial. She hired the two kids and the trained dog, Ben, who was the highest paid actor on the set.

Gill herself addressed the issue in an interview with the Daily Press.

“We would never ever let anyone ride a dog, and that is not the message we’re sending,” Gill said. “It’s for a fun commercial, with a far-fetched idea of riding a dog.” 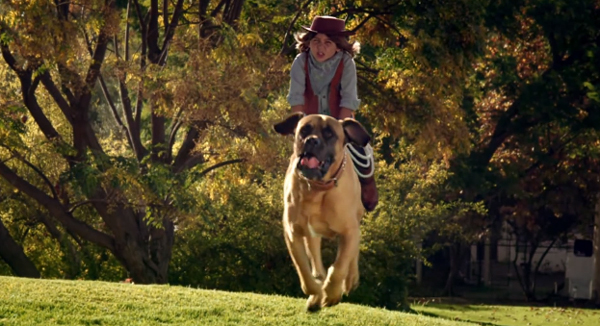 So, what do you think? Is this harmless fun? Or does it send the wrong message? Let us know what you think in the comments.

One comment on “Did You Take Issue with the Doritos Super Bowl Commercial Where a Kid Rides a Dog?”