Next on The Scoop: Get to Know the Vizsla, Hungary’s Most Popular Export

This week, a crude doghouse was discovered on the street, nailed shut. Inside was a scared, hurt dog who had been left to die.

Warning: This story is not for the squeamish. It’s one of the more disgusting and heartbreaking things that you’re likely to read today. My insides are writhing just writing about it.

Apparently someone in Los Angeles wanted to get rid of a dog. Instead of handing him off to a friend, dropping him off at a shelter, or even just letting him roam the streets where he might at least be able to find some food and water and fend for himself, they deliberately made sure that he would be miserable for a long time and probably die in misery. They did that by putting him in a crude dog house, nailing it shut, and abandoning it on the street. 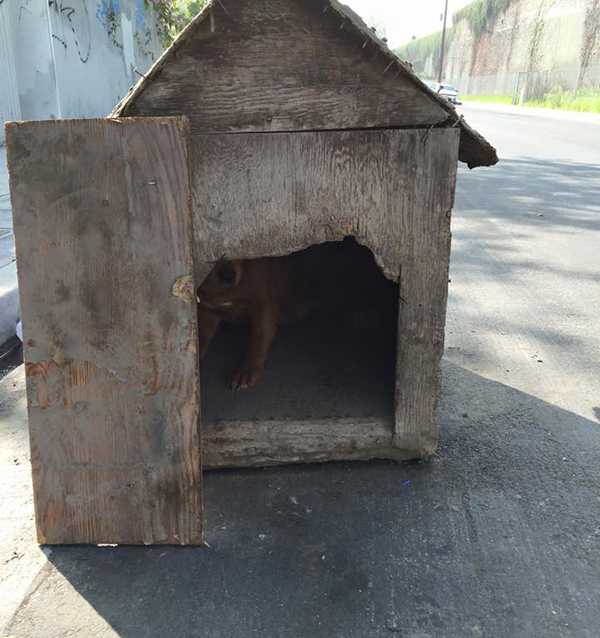 The dog house sat on the street for at least three days before a police officer found it and alerted the Ghetto Rescue FFoundation.

“He was just cowering in the back,” founder Alison Featherstone told ABC News. “His head was down. He was pushed so far into the wall. It was almost like he was trying to run, but there was nowhere else he could go. He just looked like a defeated dog.” 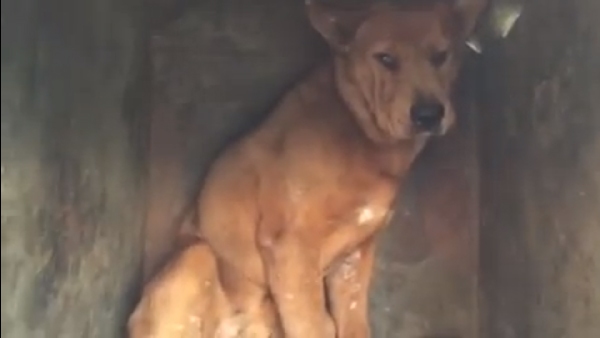 The GRFF has named the dog Walter Worthy Higgins. He appears to be about three years old and a Shepherd-Chow mix. Walter has obviously undergone a lot of trauma, beyond being locked in a box for three days. There were bite marks and scars on his body, and his leg was swelling from an infection. Despite everything he’s been through, Featherstone describes him as a sweet and affectionate dog. “He let our volunteer pet him … coax him (out),” she told NBC News. “He absolutely is a sweet dog.”

Currently, Walter is receiving medical treatment for his injuries. “If anyone attempts to claim him as their dog, they will have a lot if explaining to do, and we all know no one will claim him,” GRFF wrote in a Facebook post. “Our volunteer saw an extremely sad, terrified and clearly abused dog.”

Best of luck to the GRFF, and to Walter, whose life can only get better from here on.