Next on The Scoop: J.J. Fuds Recalls Chicken Tender Chunks Over Listeria Fears

Is This Dog Really Too Ugly to Love?

Buddy, a deaf Lurcher with different-colored eyes, has been waiting two years for his forever home. Does he deserve to be called "Too ugly to love"?

Could any dog actually be “too ugly to love”? That’s how The Telegraph refered to Buddy, a Lurcher who’s been sitting in a Scottish shelter for more than two years, waiting for someone to come take him home. “Ugly” seems like a bit of a stretch. The only thing unusual about Buddy’s appearance is that he has heterochromia — his eyes are two different colors. The effect can be a little odd, but it’s not that off-putting. You can find scores of successful human celebrities with heterochromia. Benedict Cumberbatch is said to have the condition, and you probably wouldn’t have to wait two years to find someone willing to take him home. 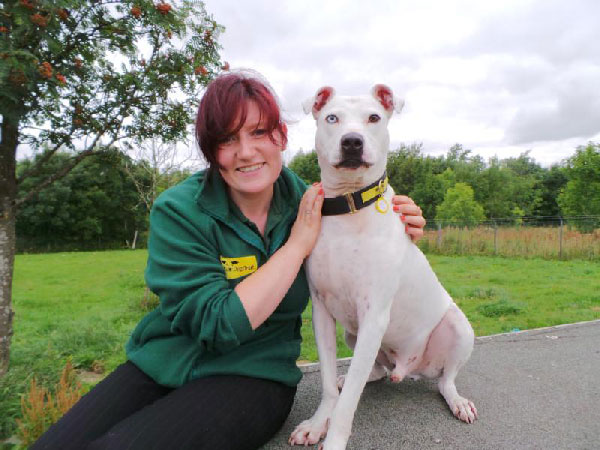 But of course, there’s more to Buddy’s dilemma than mixed eyes. He’s also deaf. As Dogs Trust says on its website:

We have found out that Buddy is hard of hearing, so would be looking for patient owners who will be able to settle him in to a new routine and give him lots of love and long walks. He would benefit from a calm home with owners who have experience in teaching a dog some sign language and hand signals. 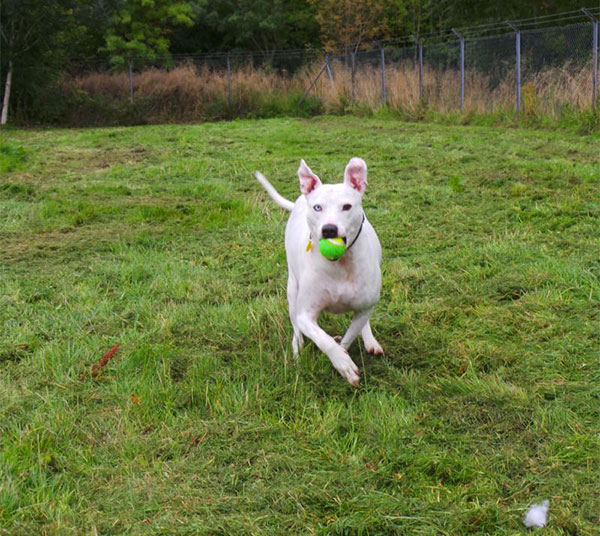 That sounds a little bit more intimidating than slightly strange eyes. Judging from the pictures on Dogs Trust’s website, “Too ugly to love” seems pretty harsh.

Pauline Waller, who works with deaf dogs at K9 Harmony, told The Telegraph that although training a deaf dog might seem intimidating at first, it doesn’t have to be: “With any dog there is work … training a deaf dog is not harder,” she said. “You’ll use different techniques to train him, but the love you will get from him is quite incredible.” Waller has offered to provide training help for anyone who adopts Buddy. 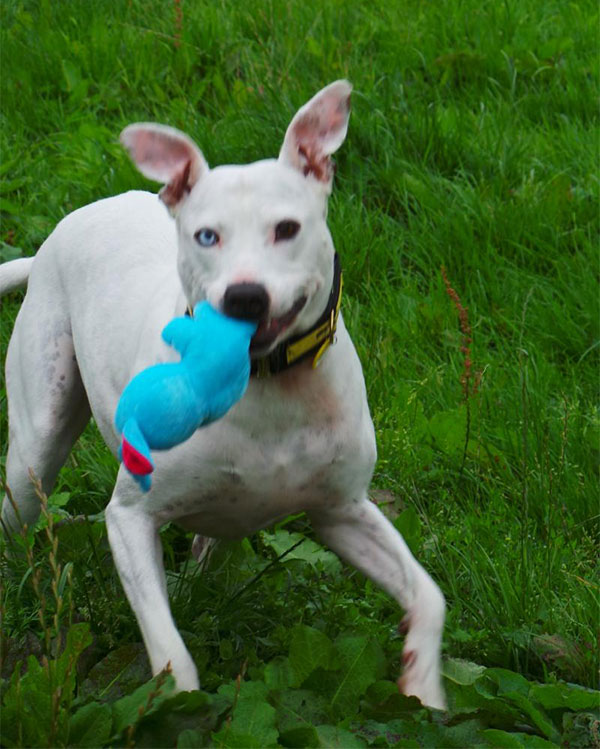 Of course, it could also be that Lurchers just have bad luck. We recently reported on the case of Jed, a Lurcher who got a rep as “Britain’s most overlooked dog” after living at a Dogs Trust facility for seven years.

Despite his deafness, Buddy has displayed good people skills so far. He’s regularly taken to visit prisoners who need help building social skills for the outside world, so hopefully adopting to most households should be little problem. (With the caveat that I have babysat children who could give medium-security prisoners a run for their money. We’ve all known these kids, right?) 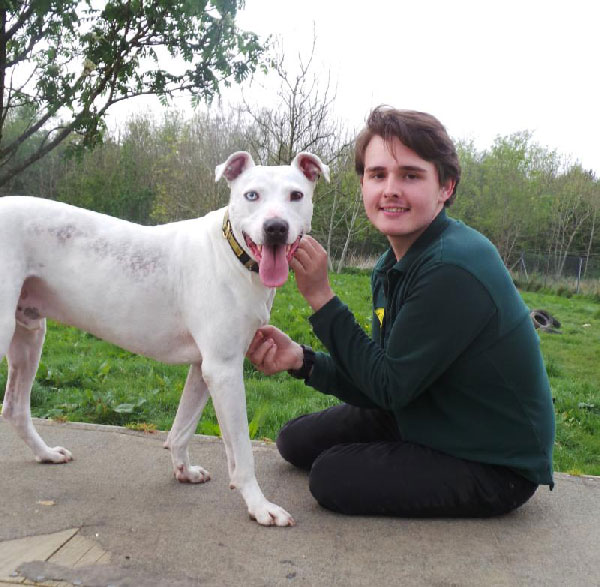 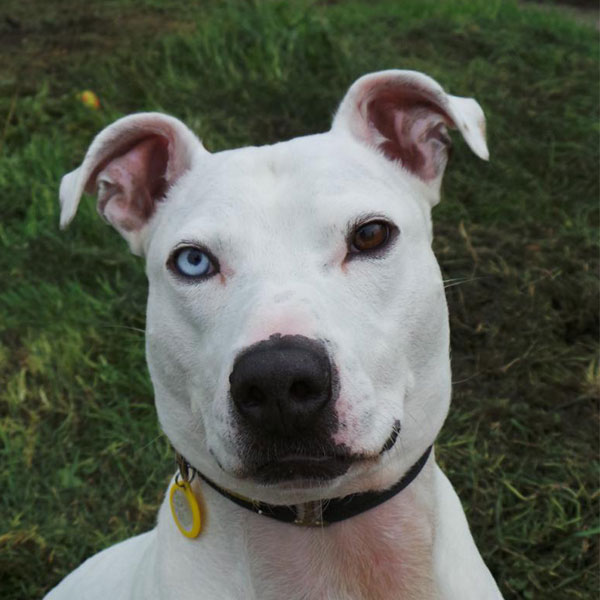 Susan Tonner, manager of the West Calder Dogs Trust, has great hopes for Buddy’s chances, and they certainly don’t involve him staying at the shelter for another five years, like Jed: “If someone got to know him like the staff here do, they would have an absolutely lovely, loyal dog,” she told The Telegraph. “He is good in cars, he travels really well. We’ve had him in a house so we know he’s house-trained. He is very, very friendly, just needs somebody to build up some time and trust with him.”

Dogster readers tend to be in the United States more than Britain. But no matter which side of the pond you’re on, Buddy provides an excellent example of how, when looking for a rescue dog, it makes sense to pause and consider ones who have aged beyond puppyhood, or who might not be completely photogenic. Good luck to Buddy and the Dogs Trust.

Via Dogs Trust and The Telegraph