Next on The Scoop: A Fond Look Back at Bummer and Lazarus, San Francisco’s Legendary Dogs

Who Leaves a Dog Tied to a Bench While She’s Having Puppies?

This week's bonehead did just that, and the monster of a person remains at large.

Imagine the sort of heartlessness this takes: Your German Shepherd is having puppies, so you tie her to a park bench, look over your shoulder — and walk away. You’re finished. The dog is on her own. You’ve got better things to do.

Amazingly, that happened in Newark, California, earlier this week. Officer Jennifer Bloom happened upon a dog having puppies in Lakeshore Park while tied to a bench, according to ABC 7.

Even sadder, she said that the dog was in distress, frantically trying to bury one of the puppies who was already dead.

“You know we go through training on how to help a woman deliver a baby, but we never had to deal with puppies,” said Bloom. 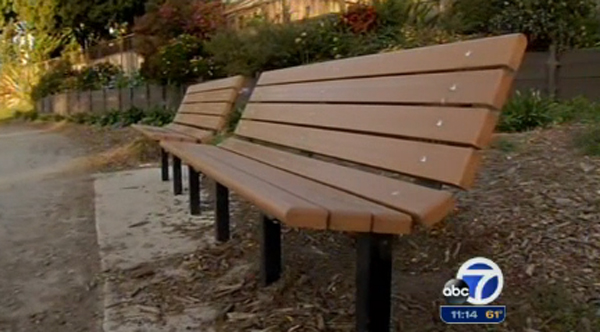 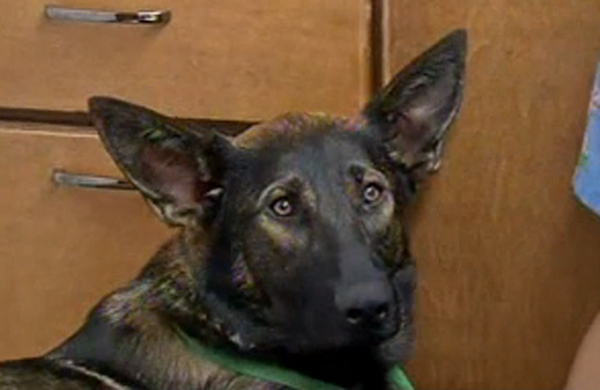 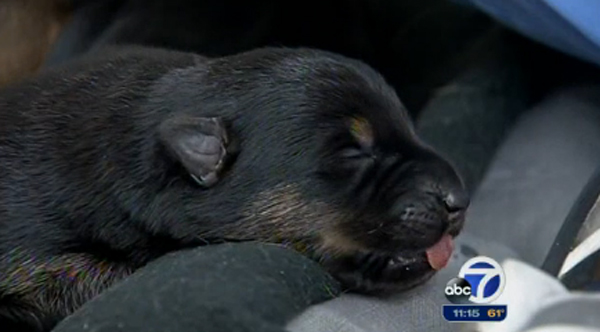 An uncertain Bloom gathered up the dog and her puppies, put them in her car, and headed to Central Veterinary Hospital in the neighboring city of Fremont. We aren’t sure how many puppies were born in the park, but more were on the way.

“I heard some puppies screaming in the back and I knew she was actively giving birth to more as I was driving over there,” said Bloom.

When she got to the hospital, she was rattled.

“The police officer was knocking on the back door. She was a little freaked out, just like I was,” veterinary assistant Beatriz Retana told ABC 7. 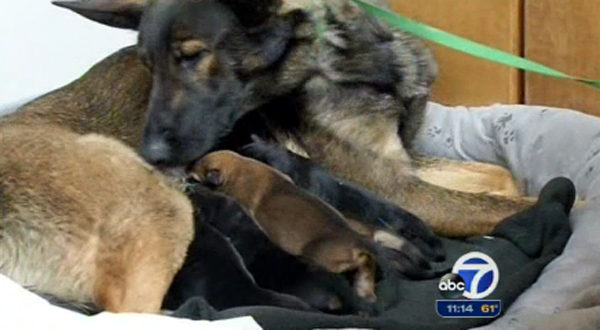 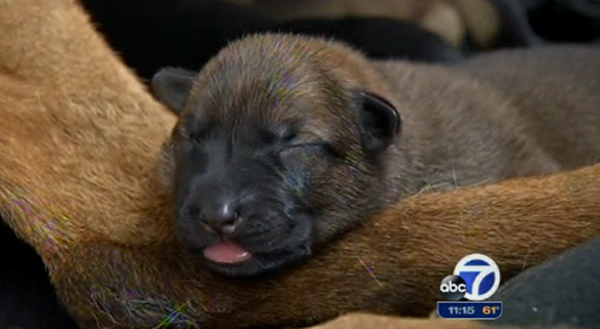 Once at the hospital, the dog continued to give birth, and she had a total of nine puppies. Unfortunately, two didn’t make it.

“She’s been a great mom. She had a rough time, a really rough time,” said vet tech Elizabeth Jardine-Pereira. 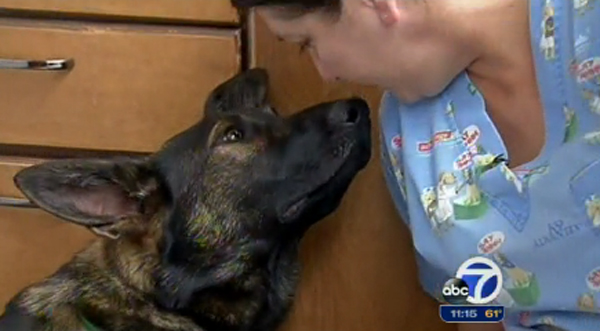 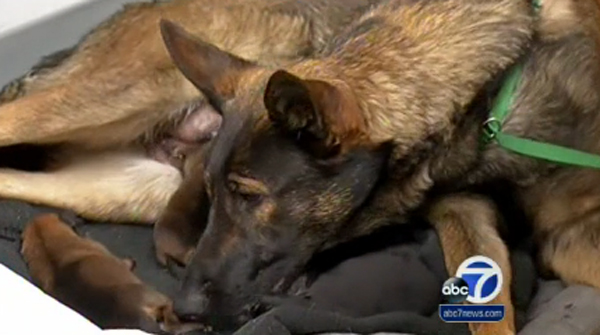 Police are looking for the person who tied up the dog, and are treating it as an animal cruelty case. Vet workers named the dog Bristol and she’ll be up for adoption if nobody comes forward to claim her.

Posted in Boneheads, Crimes Against Dogs,