Next on The Scoop: A Heartbreaking Look Inside an Animal Shelter in Thailand

Isn’t It Great When the Bad Guys Lose? Dog-Snatcher Gets Four Years

Christopher Young didn't ask to be caught, but he might as well have. And the Yorkie? Unharmed.

Dog theft is becoming an alarmingly commonplace crime. We keep hearing shocking stories: stolen dogs used as bait dogs, sold to research labs, and held for ransom. One particularly brazen theft occurred just last week, when Actress Tricia O’Kelley, from The Secret Life of the American Teenager and The New Adventures of Old Christine, had her Yorkshire Terrier dognapped right from her yard. Fortunately, the dog was dropped near her home unharmed — the thieves might have been thwarted by all the media attention the theft had received.

Now, we get a heartwarming story about the other side of dog theft — sentencing. In the District of Columbia, 18-year-old Christopher Young just got four years in prison for stealing a Yorkie at gunpoint.

And the dog, thankfully, wasn’t dognapped for very long — he escaped right after the crime and made his way home by himself.

Here’s how it went down: On Jan. 5 at about 10 a.m., Young approached a woman walking her Yorkshire Terrier in the area of Fifth and Kennedy Streets. He displayed his handgun and said, “Give me your dog. Yorkies cost a lot of money.” The woman gave him the dog, and he ran.

It was the very definition of an open and shut case. And the dog? He escaped right after being nabbed and simply ran home. Nothing to it. 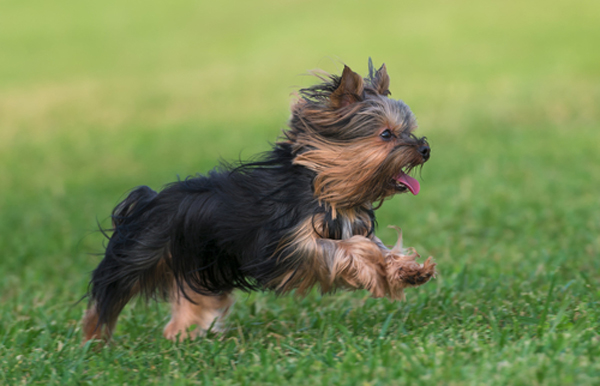 Young pleaded guilty in March 2013 in the Superior Court of the District of Columbia. During the proceedings, Judge Robert I. Richter hefted the book, judged its weight in his hand for a few beats, and then threw it at Christopher Young, giving him four years in prison followed by four years of supervised release.

Judge Robert I. Richter is our hero of the day.