Next on The Scoop: Luxury Jets Cater to Dogs With Very Rich Owners

This Dog’s Love of “Frozen” Will Melt Your Heart

A viral video shows a dog singing along to "Let It Go" from the Disney movie. He's not on-key, but he's got heart.

I have to confess: I have not yet seen Frozen, although all of my culturally astute friends gush over it. I haven’t deliberately avoided it. It’s just that since we attached a Roku to the television, giving us hot-and-cold running YouTube, Netflix, and Amazon Prime 24 hours a day, there are a lot of options. It’s certainly on my “to-watch” list, but my girlfriend and I only just got caught up with the last four seasons of Scandal and haven’t even started on Breaking Bad. So yes, it’s on the list, but so are 20 Feet From Stardom, Farscape, and Lost. Shamefully, Paris is Burning has languished on the queue for five years or more.

All of which is a very roundabout way of saying up front that I’m not the best person in the world to judge versions of “Let It Go,” Frozen‘s centerpiece song. I know that it’s been done in at least 40 different languages, but none of them have been showing up in my computer’s shuffle. The response of the dog in the video below could make me rethink that, however. 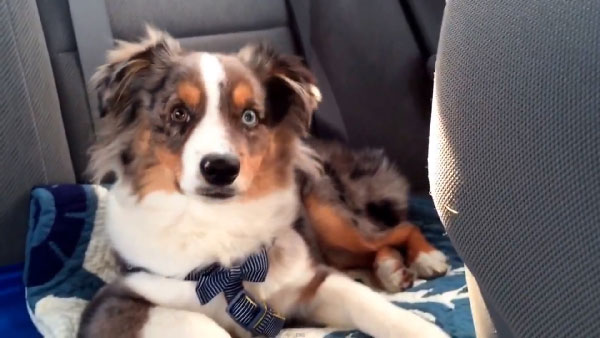 Even based on my limited knowledge of the movie and the song, I’m pretty sure that the pup’s response wouldn’t be considered a faithful rendition in any language. He’s not even “singing” in rhythm or tone. The reason that this video has charmed the hell out of everyone who’s seen it is that it’s the response of an unabashed music lover. As someone who’s used music to literally survive some pretty bad times in life, I know the look in the pup’s eyes when the opening chords of the song start up. I can’t twitch my ears in quite the same adorable way (I’m working on it), but I recognize the way that your interest suddenly focuses when a particularly important song starts to play. 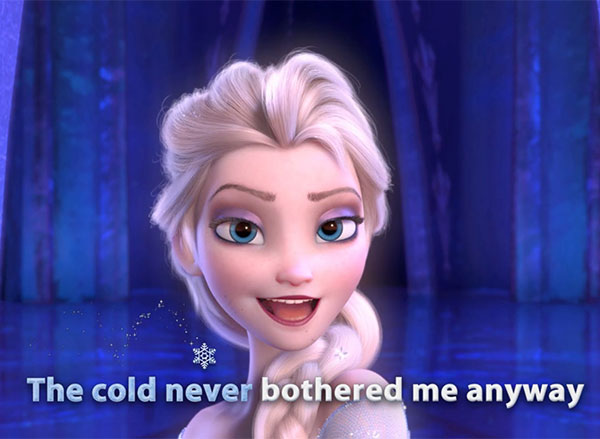 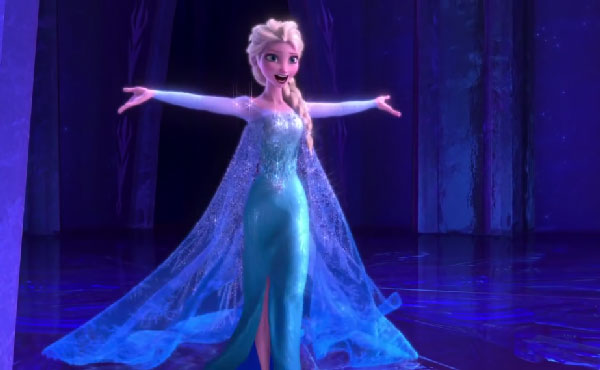 Certain persons more cynical than I have suggested that the dog’s response might be the exact opposite: The twitching and waking up might be the response of one who’s just heard the song too many times already, and what the dog is really saying is, “Oh, &%#@! Not this song again!” Even if you don’t find the howls charming, I don’t think that’s what’s happening. I’ve certainly had that response to certain music — around 2000, I wanted to eliminate every copy of “Who Let the Dogs Out.” Given the opportunity, I would have hijacked a TARDIS and gone back in time to make sure that it was never recorded in the first place. I just don’t see the look of anguished frustration and barely restrained hostility on this dog that wells up inside me when that song comes on.

What do you think, Frozen fans? Is this dog doing the song justice, at least in his passion for it? And for all of you, Frozen fans or not, what tunes does your dog love?