Next on The Scoop: Muffin’s Halo Helps Blind Dogs Get Around on Their Own

Geist the Weimaraner was in his back yard, shot dead by an officer searching for a missing boy.

After all the incidents we’ve reported of dogs being needlessly killed by police, it seems inevitable that it would reach a breaking point. Frankly, it should have reached that point a long time ago.

That might be what we saw in Salt Lake City this weekend, when hundreds of people gathered outside police headquarters to protest the killing of Geist, a 2-year-old Weimaraner. Geist was shot once in the head on June 18 while police were looking for a missing 3-year-old boy. Officer Brett Olsen entered the back yard of Sean Kendall, where the dog was confined, while Kendall wasn’t home. Olsen said that he “felt threatened” by the dog, and he shot him. 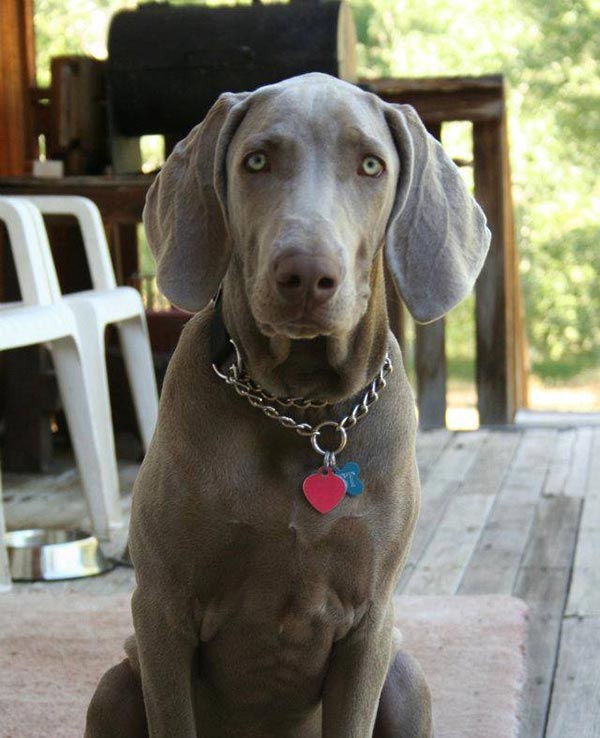 The case of Geist has gotten a lot of press because from the very beginning, Kendall has been very media-savvy. The first thing he did right was videotape his initial confrontation with the police. The video, which has gotten a lot of play on YouTube and in the mainstream media, starts with Kendall in the car, explaining the situation: “About 15 minutes ago I got a phone call from Utah animal control calling to tell me that an officer had shot and killed my dog. He was inside the back yard in a fenced-off area.” On arriving at his home, Kendall found that Olsen had already left, and that the officers still there hadn’t been present for the shooting.

At one point, the camera gets dropped onto Kendall’s porch, so a lot of the video consists of a shot up at the roof of his house. In the video, Kendall is enraged: “He was threatened by the dog; so backing up slowly and leaving the residence is not an option?” he asks the officers. 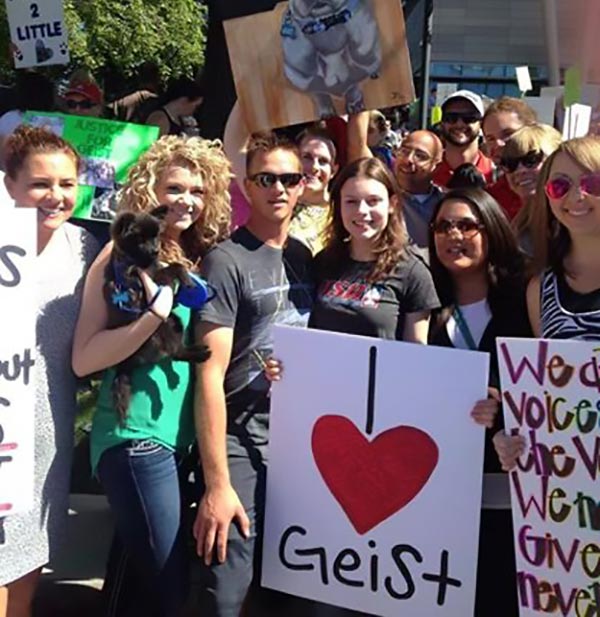 The incident is being investigated, but as of now, Olsen is still on duty. Demonstrators on Saturday demanded not only that Olsen be disciplined, but that the department in general receive training in how to handle dogs in a nonlethal manner. 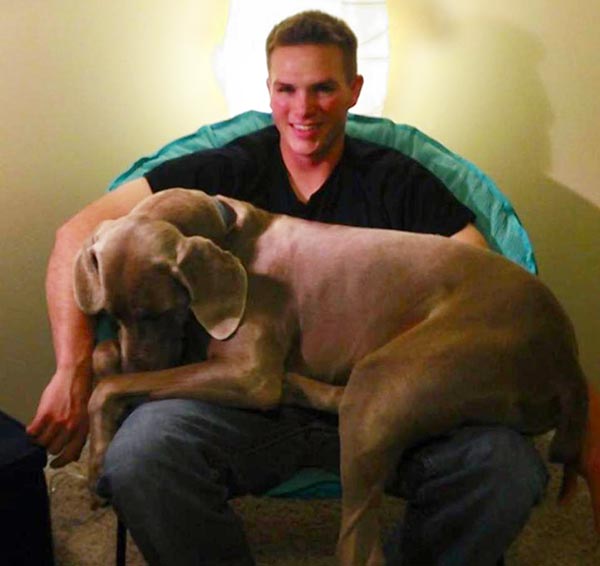 Kendall has gotten serious about this: Besides the rally on Saturday, he started a Twitter hashtag (#JusticeForGeist), a Go Fund Me account to raise money, and a Facebook page. In addition, one of his supporters has started an online petition, calling for Olsen to be held accountable and all Salt Lake officers be trained in how to handle dogs. 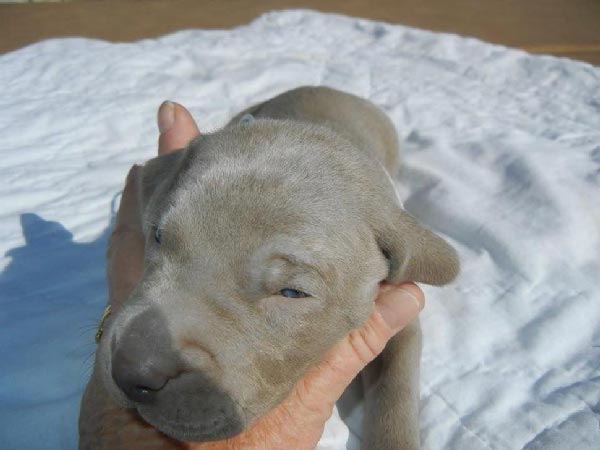 The Humane Society of Utah has expressed support for the demonstration. The group says it’s monitoring the case. Executive Director Gene Baierschmidt told The Salt Lake Tribune, “Our main concern is why, when there are so many nonlethal alternatives available (pepper spray, Tasers, batons), this officer chose to use deadly force as his first go-to option.”