Next on The Scoop: Do You Believe There’s a Dog Heaven?

Bad dogs get shamed in public. Do they learn their lessons? No. But everybody laughs.

Well, there’s an app for that — wait, sorry, there’s a Tumblr for that:

Welcome to Dog Shaming, a vehicle for owners to force their dogs into proper behavior with a hearty and hale public shaming. The idea is, once a dog sees himself plastered all over the Internet after a bout of very bad behavior, embarrassment will descend like a cloak and he will live out his days a shell of his former self, ineffectual and weak, getting deep into obscure variants of heavy metal and moon-landing conspiracy theories and never once committing the bad behavior again.

To be honest, Dog Shaming is just a damn funny site, which has taken off this week after a flurry of news articles. People submit photos of their dogs, in a state of manufactured shame, with handwritten signs listing their crimes. Many involve poop, because these are dogs. 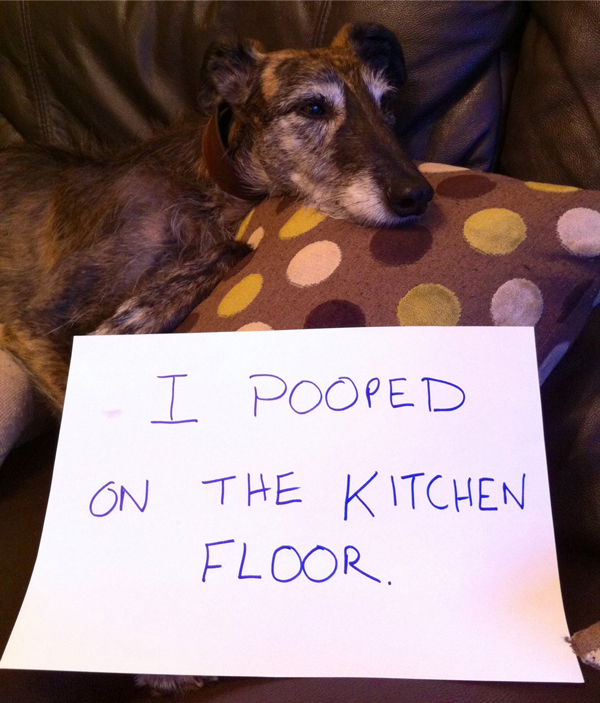 Vomit is big, too. 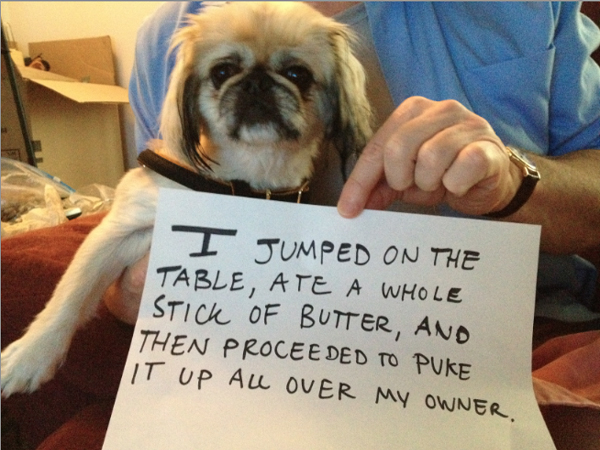 There’s one question: Should we be outraged? On one hand, shaming dogs is not the way to go about changing behavior. On the other hand, this is funny. Also, no way any dog is getting shamed by a website, especially one on Tumblr.

But, lest anyone out there not get the joke, let me get on my soapbox here … oof … this thing is high up … OK, all set. Can everybody hear me? Good. Ahem:

IF YOU WOULD PUT AS MUCH EFFORT INTO PROPERLY TRAINING YOUR DOG AS YOU DO TO SHAMING YOUR DOG THEN MAYBE HE WOULDN’T CRAP IN YOUR BED.

But damn if it isn’t funny when he does so.