Next on The Scoop: The Fido Awards — also Called the “Canine Oscars” — Honor the Husky from “Gravity”

These dogs 'fess up to revenge on vets, running over rivals, and religious atrocities.

The Internet has allowed us to explore great new frontiers of shame and embarrassment. Whether it’s drunken antics at the office party, a really bad haircut, or extremely misguided political views, it can all be preserved, discovered, and paraded before millions of people who don’t even know you. Someone with excellent search skills on Google, for instance, could still uncover certain rants that I made on Usenet back in 1994.

This has real potential for pet owners, and its name is dog-shaming. The follies and foibles of your pets are now of global concern. For some excellent examples, check out this gallery of more than 35 dogs confessing their crimes (via signs written or printed by their owners) to the Internet. It’s on a site whose domain name is “Sarcasm Because Beating the Hell Out of People Is Illegal” dot-com. From pooping in inappropriate places to disrupting religious gestures, it’s all there. Here’s a few of the high — or low — points, just to give you an idea. (“Visitors with no sense of humor are advised to turn back now,” says the site, so we’ll reiterate it.)

The first one puts a whole new spin on those heartbreakingly cute pups who use wheels to supplement or replace their legs. How many of us see one of those and think “instrument of vengeance” instead of “mobility?” 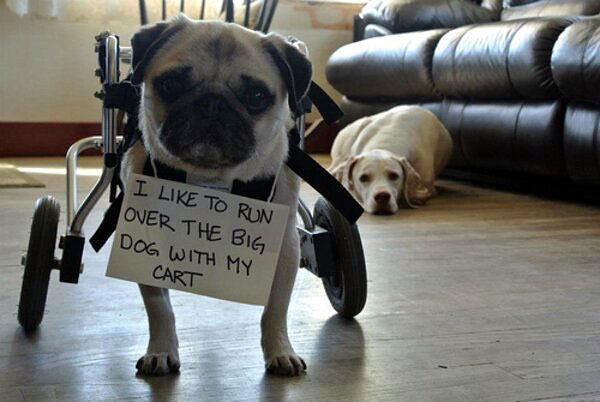 This is poignant and adorable at the same time. That’s one vet who’ll be more careful with their terminal diagnoses. And of course, wearing the octopus on his head just is the perfect final touch. 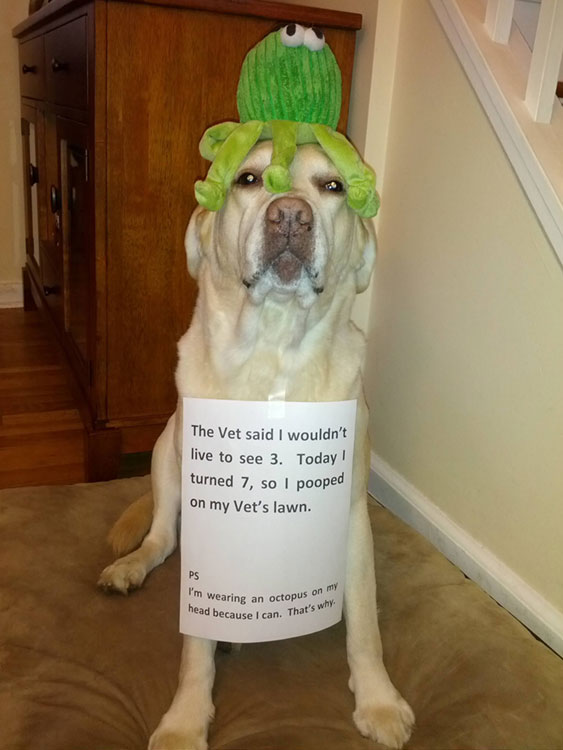 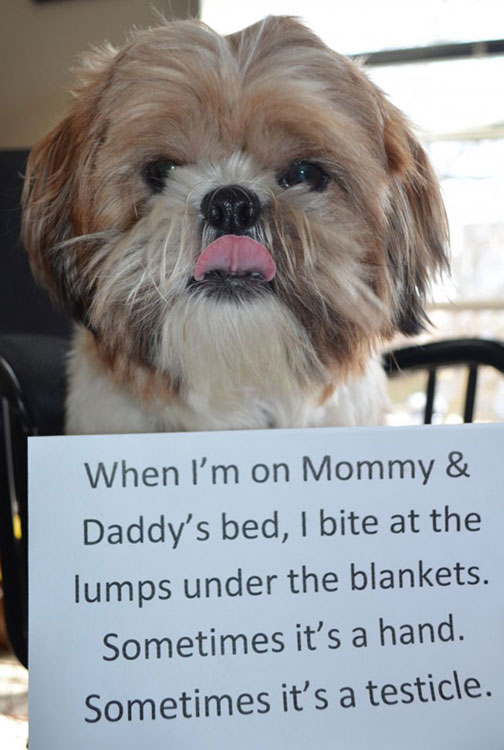 I don’t know much about Buddhism, but somehow this sounds like something that Buddha might think is okay. 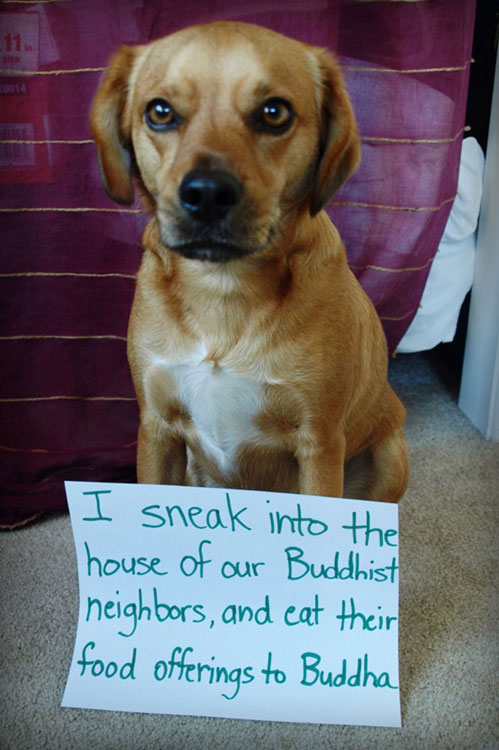 Some mornings, this job would be so, so much easier if I could just poop the articles right into the system. On the other hand, I’ve read more than a few bloggers who seemed to have a permanent case of the Alphabet Poops. It is not a pretty sight, especially since they don’t seem to realize their condition. 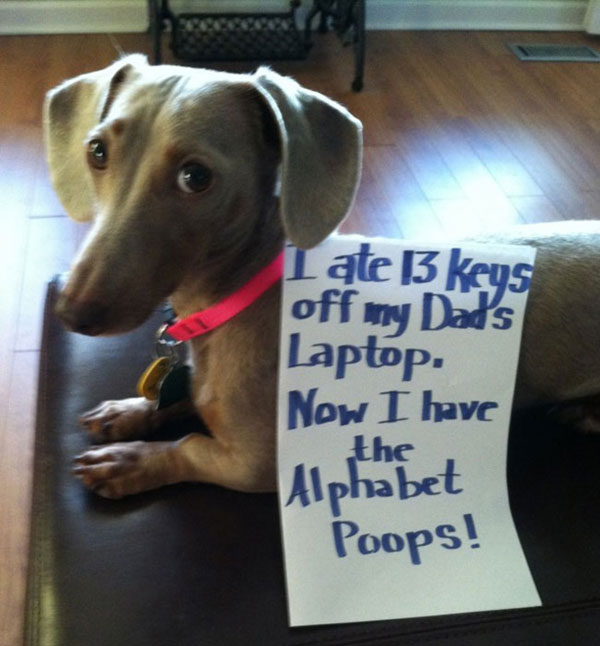 Actually, if you know any aspiring artists or art critics, this is a lot more common than you might think. 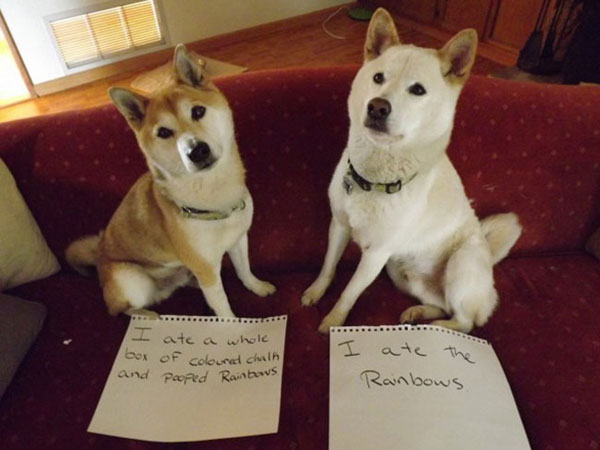 Not being Catholic, I don’t have any particular objection to this on religious grounds. After flipping through Butler’s Lives of the Saints a couple of times, it seems like mutilation and torture just does that much more to confirm a saint’s holiness. But as a longtime resident of San Francisco, I do object. Representatives of Emperor Norton‘s court shall be around promptly to levy the proper fines. 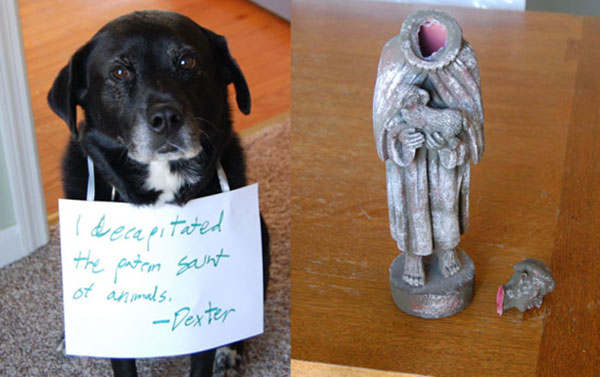 That’s only seven of 35 self-indictments from the family dogs and their collaborators (which is to say, cats, hedgehogs, and other critters). What crimes would your dogs confess to, if you just happened to be there with a camera and a very large sign?