Next on The Scoop: How Can I Help a Bulldog With Breathing Trouble?

Bad News: Charlie the AmStaff Could Be Euthanized as Early as New Year’s Day

San Francisco refuses a rehab proposal for the dog who bit a police horse. David Gizzarelli, Charlie's owner, is fighting to save his beloved pet's life.

It’s the end of the year — but apparently not the end of stereotypes against certain breeds of dogs. The San Francisco City Attorney’s Office is refusing the save the life of Charlie, the American Staffordshire Terrier who was sentenced to death after attacking a U.S. Park Service police horse in August. That means Charlie, who had no previous incidents of aggression, could be euthanized any time after New Year’s Day.

AmStaffs, as they’re known, resemble Pit Bulls, and we’d really hoped that the year after the death of Lennox — a dog put to death in Northern Ireland only because he looked like a Pit Bull — would bring a change in government’s inability to look beyond breeds and to the individual dogs in question.

On Dec. 27, Deputy City Attorney Margaret Baumgartner rejected an offer from Charlie’s owner, David Gizzarelli, to remove Charlie to his Los Gatos home and rehabilitate, train, and practice extreme caution with him. Baumgartner offered no specifics.

“The city will not return Charlie to Mr. Gizzarelli as it does not believe that there are any restrictions that would adequately protect the public safety,” she wrote. 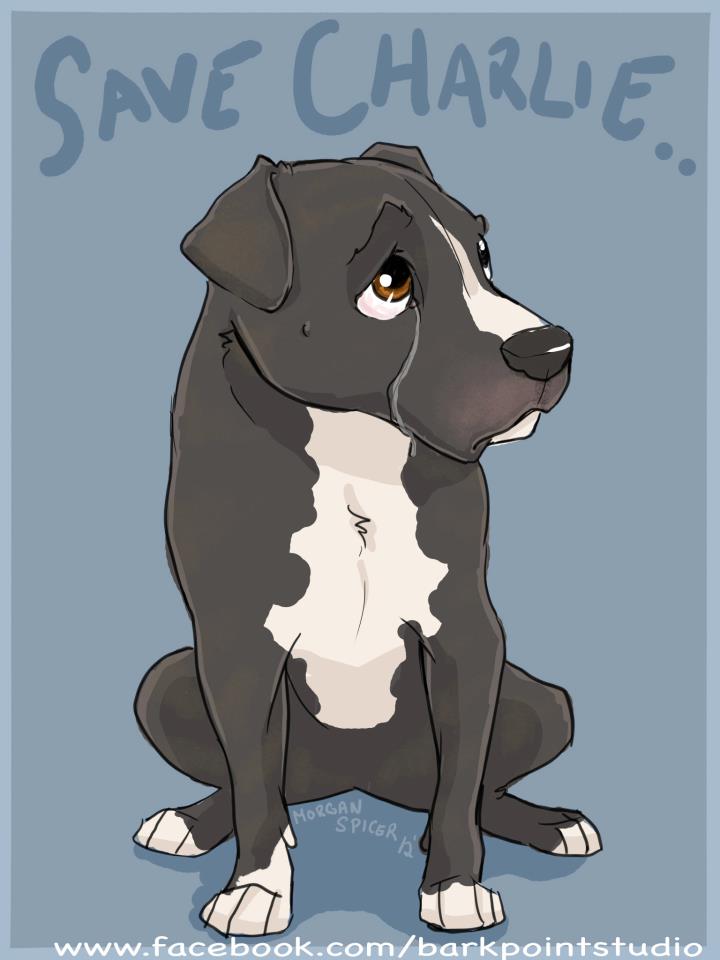 Baumgartner and all other city officials have refused for weeks to respond to media questions about the case. The rejection means that Charlie’s life can be taken as early as Jan. 1. Gizzarelli and his attorney, John Mounier, will appeal the ruling at a hearing tentatively set for today.

The case against Charlie is riddled with problems. San Francisco euthanizes only about 10 dogs a year, most of whom have a long history of aggression or have killed another dog or seriously injured a human. None of those standards applies to Charlie, who was 18 months old at the time of the attack, had no history of aggression, and had never seen a horse before.

In addition, evidence suggests that U.S. Park Police Officer Eric Evans, who was riding Stoney the horse, misrepresented and exaggerated numerous facts during a hearing on the incident. And despite the weak and insufficient evidence submitted against Charlie, San Francisco Police Officer John Denny ordered Charlie’s euthanasia without considering any options for restrictions such as “red tagging” the dog, a common requirement in San Francisco that would have required Gizzarelli to place a visible tag on Charlie and post warnings on his home. In addition, Charlie would be required to be leashed and muzzled in public for three years.

According to Mounier, it is also problematic that Denny investigated the case, presided over the hearing, and ordered Charlie’s death.

“He’s wearing two hats in this case,” Mounier told the San Francisco Examiner. “In every other aspect of society, that’s wrong.”

Unofficially, the city and county of San Francisco has offered to spare Charlie’s life if Gizzarelli agrees to give up ownership of his dog and pay for his rehabilitation. Charlie now requires behavioral rehab because he has been confined to a small kennel since Aug. 23, surrounded by kennels containing truly vicious dogs. But the city has offered no specific reasons for confiscating Charlie.

Gizzarelli has no history of mishandling or mistreating his pet. He has acknowledged his responsibility for the Aug. 6 attack and agreed to pay the $1,200 veterinary bill.

The city has not only refused to explain its unprecedented harsh stance against Gizzarelli, but it has also launched a whispering campaign to besmirch his reputation. The city attorney’s office released documents to reporters outlining an argument Gizzarelli had with his stepfather in July that resulted in mutual threats of violence. Gizzarelli was arrested, but no charges were filed.

In addition, there are questions about an Animal Care and Control report that claims Charlie showed aggression toward an employee in July, the month before the attack. The report is extremely irregular in that it states in capital letters that Gizzarelli was not to be told of the incident.

If the city failed to warn Gizzarelli about the alleged aggressive behavior, they denied him the opportunity to exercise caution with Charlie — and then the city might be responsible, to some degree, for the attack on Stoney.

Gizzarelli said the city’s proceedings against Charlie have been unfairly biased.

“ACC and the city of San Francisco stack the deck against Charlie and any other dog or guardian they take a disliking to,” he wrote in a letter to Mayor Ed Lee and ACC Director Rebecca Katz. “The system is rigged and does not offer a fair and impartial chance to a dog or to a guardian.”

More than 109,000 people have signed a petition calling for Charlie’s life to be spared. Follow the Help Save Charlie Facebook page for up-to-date information; we hope to report back with good news for Charlie and Gizzarelli.