Next on The Scoop: Guy Fakes Falling Off a Cliff Photo for Reddit — And His Italian Greyhound Tries to Save Him

Hooray! More than 100 Dogs Rescued from an Oregon Puppy Mill

The dogs won't be adopted until the woman who ran the facility goes to trial, but the Oregon Humane Society built space to house them.

There are unknown numbers of puppy mills in the United States and elsewhere, but at least one has been stopped, thanks to the Sheriff’s Department of Columbia County, Oregon, and the Oregon Humane Society.

A raid on the mill seized more than 110 dogs after an inspection by animal control found the dogs in extreme unsanitary conditions. One of the buildings housing the dogs had fecal matter piled high and no ventilation. David Lytle of the Oregon Humane Society told The Oregonian, “These were shocking conditions. Piles and piles of feces and urine, and the smell was overwhelming to me at times. It’s some of the worst conditions I’ve seen.” Some of the animals were housed outside with no shelter, and surrounded by pools of standing water and urine. 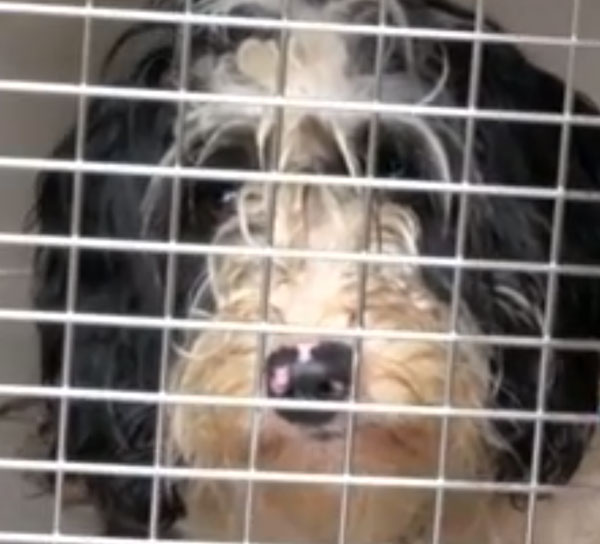 Rescued in the operation were 35 Akitas, along with litters of several other small breeds, such as Daschunds, Poodles, and terriers. There were also 20 neglected horses, four of which were determined to be in critical conditions. The Oregon Puppy Mill Act limits breeders to keeping 50 non-spayed or neutered dogs in one facility. The woman who owns the mill, who wasn’t named in news reports, will probably face multiple charges of animal neglect. Each charge has a maximum penalty of one year in jail and a $6,250 fine. 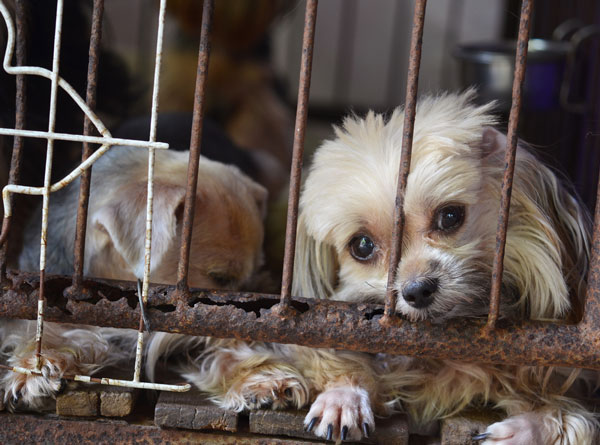 Because a criminal prosecution is likely, the dogs themselves won’t be up for adoption for a while. For now, they’re evidence, and they won’t be able to find forever homes until a court says they can. But they have seen a sharp improvement in their living conditions; the Oregon Humane Society moved them to a warehouse in northeast Portland that a supporter donated specifically for this use.

In the three days before the raid, the Humane Society installed kennels large enough for the dogs to stand in, installed plumbing and WiFi, and set up a veterinary clinic. Sharon Harmon, executive director of the OHS, told The Oregonian, “We had to … set up a 40,000-square-foot animal shelter.” Doing this was a first for the group, but an exciting one, she said. “It’s a good test for disaster planning,” Harmon told local reporters. “We turned a cavernous warehouse into a really fine emergency shelter. I’m really impressed what we were able to do.” 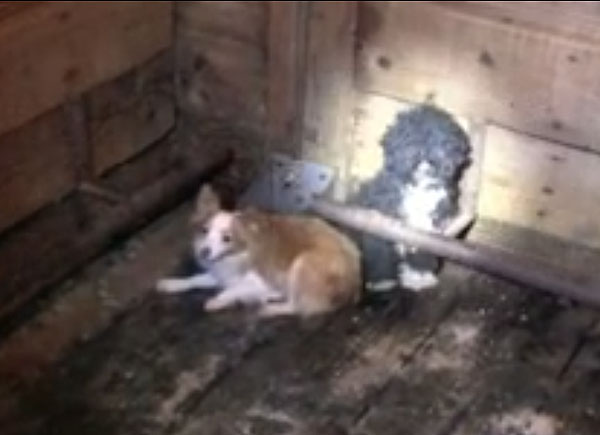 Although the dogs at the Oregon puppy mill lucked out, there are many more mills out there, and many dogs who aren’t so lucky. Read some of our other pieces about the dangers of puppy mills and how to buy a dog responsibly:

Via The Oregonian and KOIN