Next on The Scoop: Love Wins! A Person Uses a Craigslist Post to Tell the Story of an Abused Pit Bull’s Rescue

Go Home, the Internet Has Been Won by These Chihuahua and Chicken BFFs

Both were rescued by the Duluth Animal Hospital, and now they live together and are best friends.

First, let’s get to the bottom line: Penny the Chicken and Roo the two-legged Chihuahua, who both work at Duluth Animal Hospital in Georgia, are the best of friends. Inseparable, says Alicia Williams of the center, from nap time to play time to the time customers dote on them, which is all the time, because lookit: 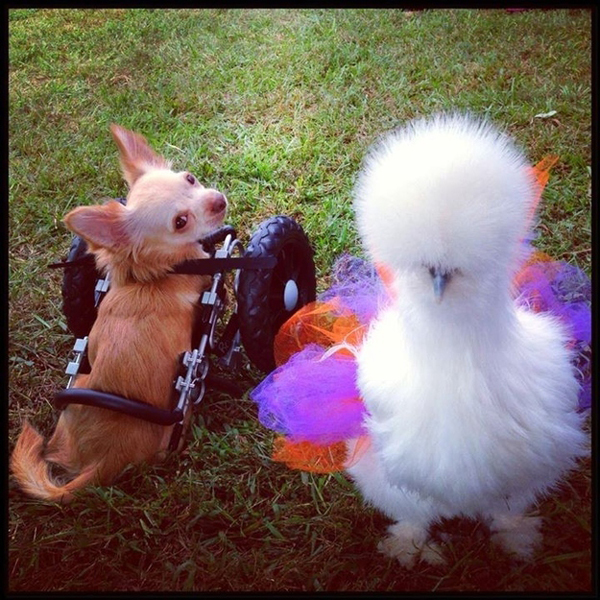 Adorable and amazing, right? How about this one: 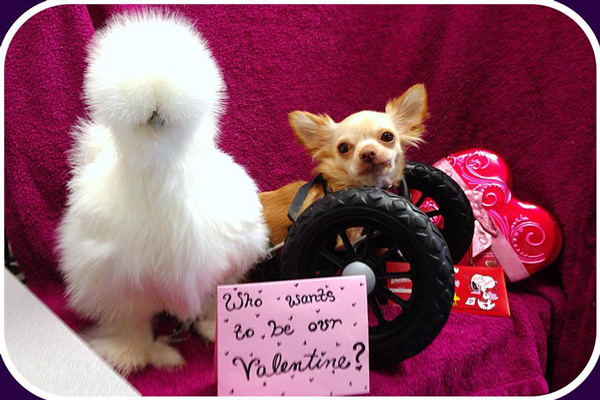 The story of how they became best friends forever there in the Duluth Animal Hospital is just as good. Penny the Chicken was nine weeks old when she was rescued from a lab — she was a lab chicken. Williams was an animal science student, and she snatched her up. 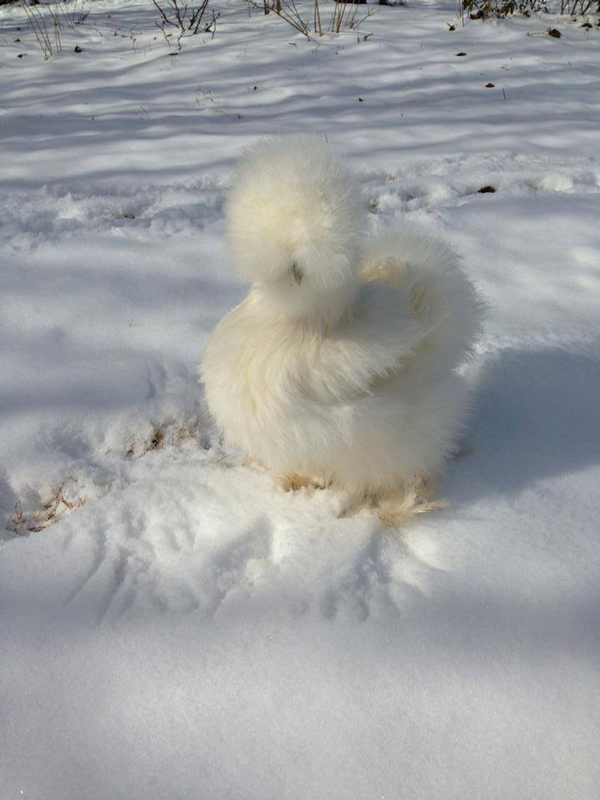 “She was in a really bad situation. We in animal science (in college) visit all types of animal facilities, farms and things like that,” Williams told the Gwinneta Daily Post. “She was an experimental chicken in the program and she had run the course of the experiment, so that was it for her. I happened to be there — and I didn’t know anything about chickens at the time. I asked if I could have her instead of them doing anything with her. I brought her home.”

As for Roo, he was was found in a ditch in a park, abandoned, at just seven weeks old on a freezing night. He was born without fully formed front legs, likely because of overbreeding.

“It was probably a backyard breeder, breeding a bunch of puppies and he ended up deformed,” Williams said. “He was probably dropped off because [the breeder] couldn’t sell him. It was freezing that night in February when they happened to see him.” 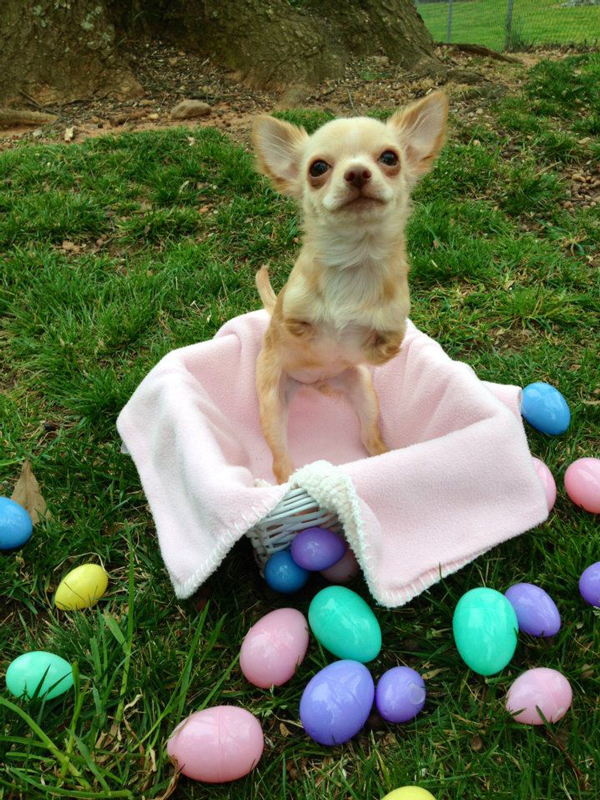 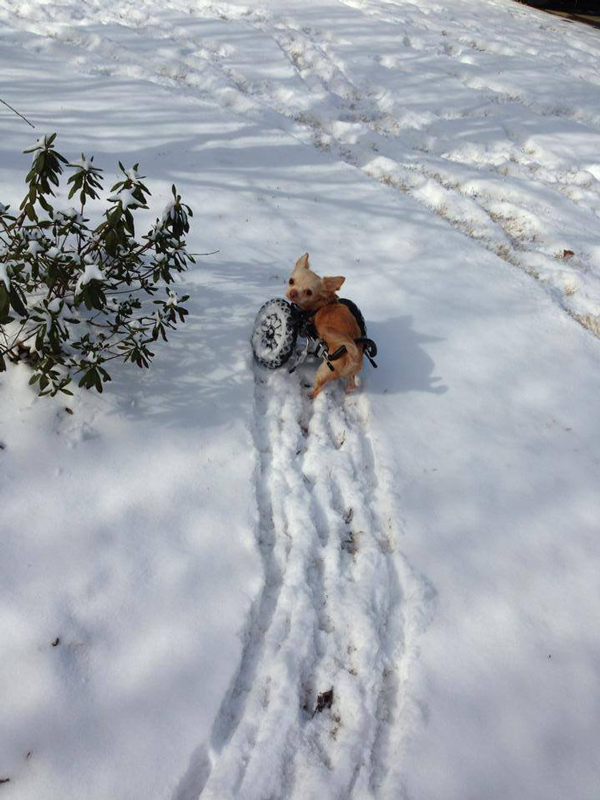 Williams nursed Roo back to health, and when the Chihuahua became full grown, he was outfitted with a wheelchair, thanks to a donation by a client. Williams adopted both animals, and now she takes them to work several times throughout the week, as Penny was getting restless.

“They are flock animals, so she was getting lonely at home,” Williams told the Gwinneta Daily Post. “That’s when I started bringing her to work. She just became a regular.” 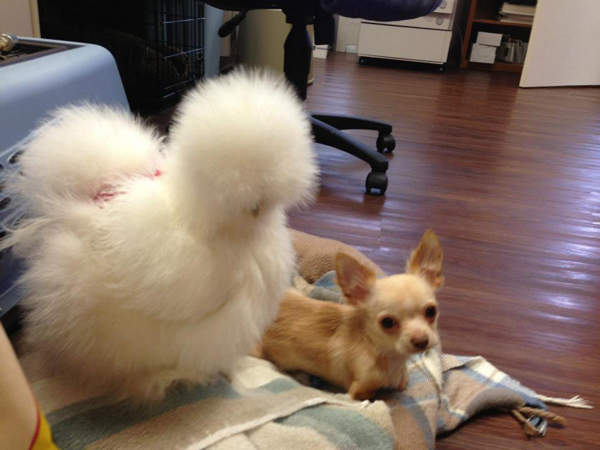 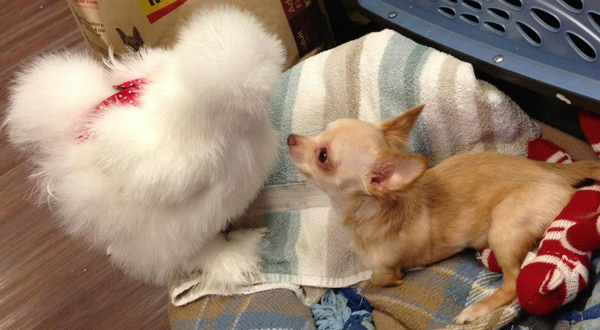 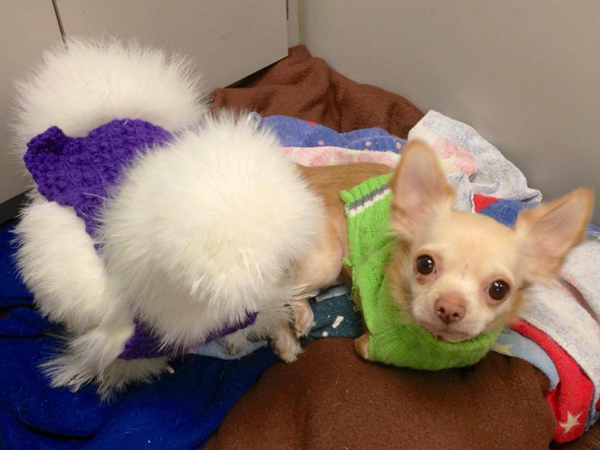 “They get along really well,” Williams said. “Penny gets excited when Roo is around because she knows he’s got treats and food all of the time. Whenever she hears him being fed, she steals his food. He loves snuggling with her because that’s his big teddy bear. He runs over her sometimes because he doesn’t realize how big his wheels are.”

And visitors love them as well. 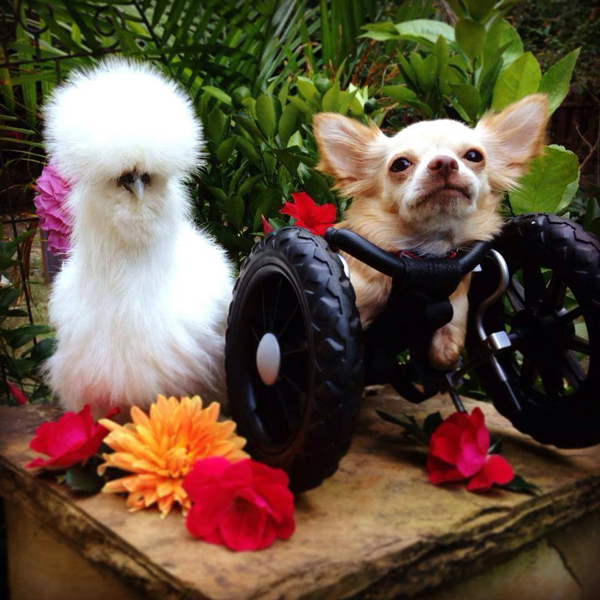 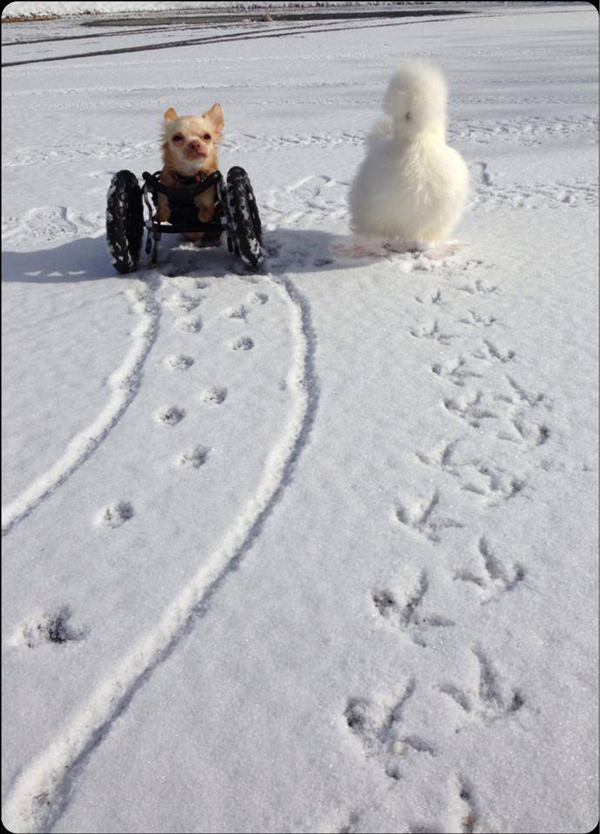 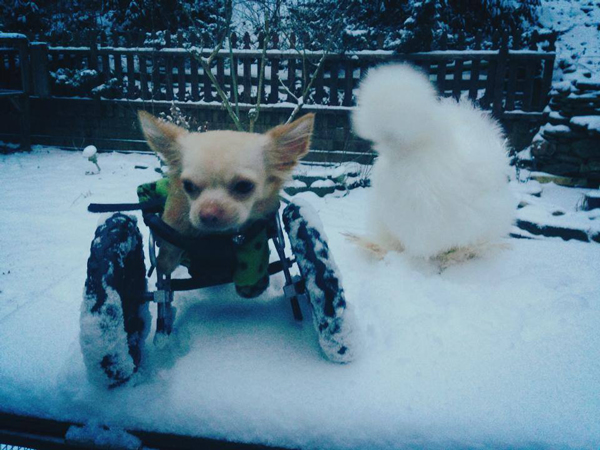 And you know what Penny does at work? She lays eggs — four times a week. It might be time to plan a trip to Duluth.