Next on The Scoop: Dogster Presents: The Dogs of “The Walking Dead”

The couple who abandoned Otto at a shelter asking for his euthanasia turn out to be neither elderly nor destitute as they'd claimed in a note.

What do you do when you can no longer take care of your dog? When the dog is sick and you’re broke, and there seems to be no options for care?

The story of one couple seemingly facing this dilemma went viral earlier this month, when an elderly couple left a Dachshund in a basket in front of the Baldwin Park Animal Shelter in Southern California. Attached was a note asking the shelter to put the dog to sleep because he was sick and they couldn’t afford to care for him. The note read:

Our dog is 13 1/2 years old. He is sick starting yesterday with bloody stools, vomiting. Had a skin disease for a few years. We are both seniors, sick with no money. We cannot pay for vet bills or to put him to sleep. He has never been away from us in all those years, he cannot function without us. Please put him to sleep. 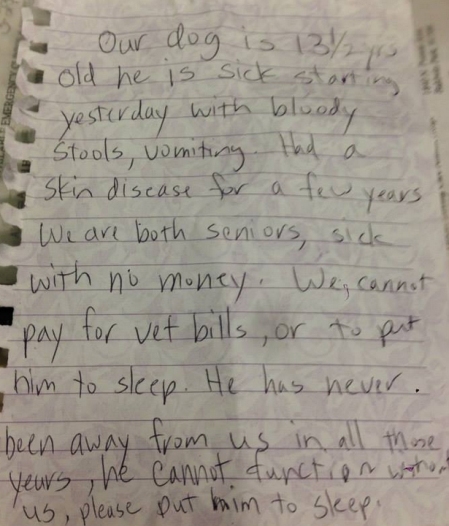 The note and the situation are undoubtedly heartbreaking, and when it hit the news, a lot of people were affected by the story. Instead of putting the dog (who it turns out is named “Otto,”) to sleep, the shelter contacted the rescue organization Leave No Paws Behind. Founder Toby Wisneski got Otto medical care and the vets said that he would be fine for another couple of years. Then Wisneski really went to extra effort and tracked down the original owners, telling them that Leave No Paws Behind would be happy not only to reunite them with Otto, but that the organization would cover Otto’s food and medical expenses for the rest of his life. In a phone interview with Los Angeles TV station KTLA, one of the owners said, “We thought he was dead, but he lives. He’s being well taken care of and, boy, we’re just so extremely grateful.” 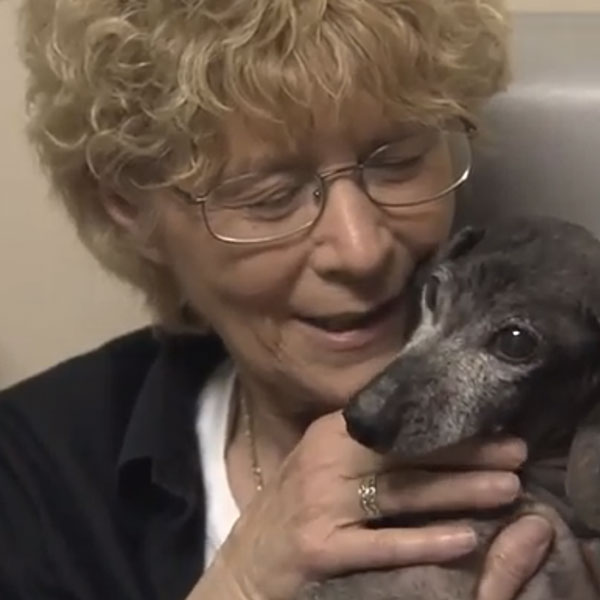 And then the story turned out to be just a little less heartwarming than it seemed.

Animal advocate and blogger Mary Cummins did some digging on Otto’s owners and found that they weren’t all they claimed. They were not destitute, disabled senior citizens, but two traveling ministers named Chris and Christine Gonzales. Their church, Sweetwind Ministries, brings in about $60,000 per year. The church’s site and Facebook page have been taken down since Cummins started to denounce the couple, but an archived copy is still available on the Wayback Machine.

“The dog only had mites,” Cummins writes. “He didn’t have bloody diarrhea or vomiting. They left his mites untreated for three years. It’s also a crime to dump an animal. They left it outside where anyone could have taken it and used it as dog fighting bait. “ 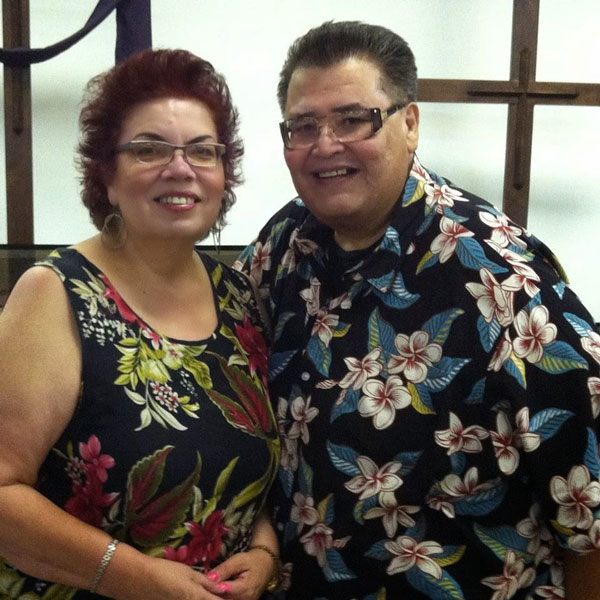 Cummins believes that sending Otto back to the Gonzaleses would be a mistake, and Wisneski has come to agree with her.

“[W]ith Otto’s best interest at heart, he will be remaining right here in our care, and his humans agree,” Cummins quotes her as saying. 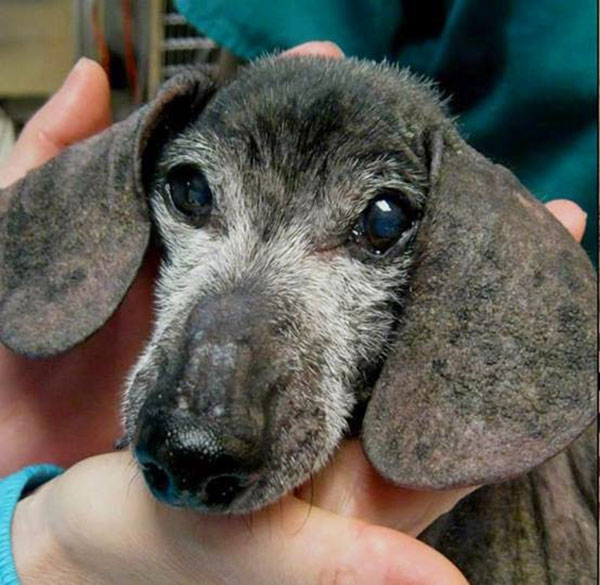 While Chris and Christine Gonzales hardly sound like prizes, and the decision not to give Otto back is a good one, it should be noted that Cummins’ post is also ugly and mean-spirited. She repeatedly harps on the couple’s weight, calling them “morbidly obese,” a trait that has little to do with their religious hypocrisy or their poor treatment of animals. And yet, she fixates on their weight, especially Chris’, as a sign of their moral depravity:

Christopher Gonzales is morbidly obese. If he has any health problems, they are most likely caused by being so obese. Chris Gonzales likes to thump the bible and quote scripture. While I’m Catholic and don’t currently go to church I did go to Catholic school for many years. Gluttony is one of the seven deadly sins. It is to consume to the point of waste. Lust is also a sin. Chris lusts for food and money based on his Facebook page.

It’s good that Otto will be finding a more suitable home for his remaining years, but it would be nice if the story hadn’t turned so ugly on all sides. The only one who comes out of this smelling good is Toby Wisneski, for going so far to help an abandoned pup, and her organization. You can donate to Leave No Paws Behind on its website. They certainly seem to deserve it.

Via Mary Cummins, KTLA, and ohmidog