Next on The Scoop: 7 Solid Reasons to Adopt a Mutt

No, Really: This Woman’s Musical Instrument Is Her Dog

Could the video and photos here become the next meme? Pick up your dog and find out.

We see a lot of videos of dogs playing piano and such, and even dogs who front grindcore bands, but rarely do we see someone picking up her dog, tuning him, and then playing him like stringed instrument. 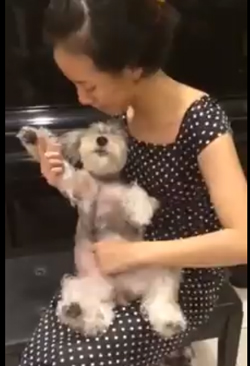 We probably haven’t see a lot of those videos because nobody saw much point in it. A dog is not a violin. Anybody can see that. But finally someone refused to see what was real and drab and boring and true, and chose to live with her head in the clouds, wondering if what cannot be can one day be.

She is from Taiwan. She picked up her dog. She played her dog like a musical instrument.

Now, the genius of this whole thing is because of her dog, because he got into it. He rocked out. All that fingerpicking going on on his stomach did a number on his nervous system, and his little legs just go haywire, twitching and kicking like they’re conducting the music. As the seconds tick past he goes into some Zen-like fugue state while his legs continue their onslaught. 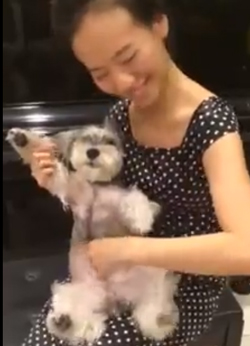 The video made us wonder: This dog is really loving this song he’s being played as. What other songs would dogs love to be played as? We think “Dueling Banjos” (Deliverance), Metallica’s Master of Puppets (full album), and that tiny little Phil Collins’ drum fill from “In the Air Tonight” would send a dog into orbit.

What do you think?