Next on The Scoop: Doug the Pug Brings Happiness to Nashville
In the News

After Months of Pressure, Dog Owner Will No Longer Name His Dogs After Adolf Hitler and Eva Braun

After months of pressure and being refused licenses, the French dog owner is giving in and changing the Nazi-inspired names.

For Dogster readers, here’s a little advice: When choosing a name for your new pup, try to avoid names that evoke genocidal Fascist dictators.

Obviously, the vast majority of you won’t need this advice. It probably seems pretty obvious, like “Don’t plunge the steak knife through your eye.” However, based on the story of one dog owner from France, there are still people who can benefit from hearing it. 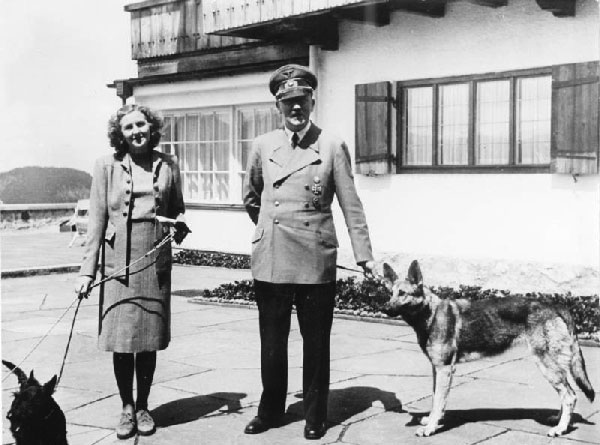 The unnamed owner named his two American Staffordshire Terriers “Itler” and “Iva.” Luc Bisinger, mayor of the small town of Saint-Nicolas-de-Port, made international news in September when he refused to sign a license for the dogs. At the time, Bisinger said, “I don’t want to sign this license … of course ‘Itler’ and ‘Iva’ make you think of Adolf Hitler and Eva Braun, a dubious play on words.”

The mayor also claimed that the dog’s owner was a member of France’s far-right political party, the National Front. If true, the advice given at the beginning of this piece might not apply to the owner, since it kind of assumes that you don’t want people to associate you with Hitler. The National Front hasn’t been quite so reluctant as most on that matter, and its members have been known to minimize and even deny Nazi atrocities. In 2005, National Front founder Jean-Marie La Pen stirred outrage throughout the country when he wrote, “[I]n France at least the German occupation was not particularly inhumane, even if there were a number of excesses -– inevitable in a country of 550,000 sq km.”

After holding out for months on what he said was “a question of principle,” the owner has given in to local pressure and renamed the dogs. The dogs will now answer to the names “Ilisa” and “Isio 4.” The latter is the brand name of a line of vegetable oils and mayonnaise. 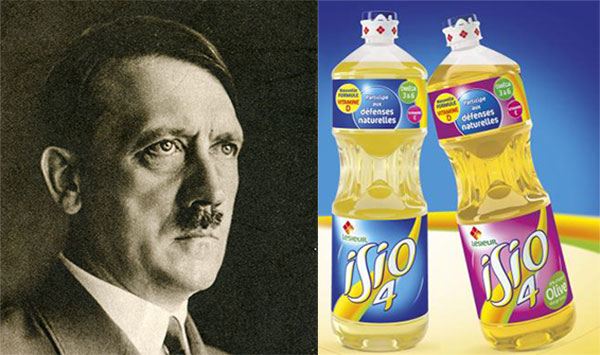 Pro tip: When faced with the choice between naming your dog after Hitler or after a brand of vegetable oil, go for the oil every time. (Hitler Image: Elzbieta Sekowska / Shutterstock.com)

While naming your dog after a jar of mayonnaise may be odd, it’s still a distinct improvement over coyly almost naming them aftera fascist and his mistress, and then acting surprised that people object.

Posted in In the News,