Next on The Scoop: MBJungle Raises Awareness About Dog Mental Illness

See the Beautiful Friendship Between a Dog and an Owl

Photographer Tanja Brandt took in a small owl, and the little bird formed a tight bond with her Shepherd. She captured the relationship in a series of stunning pictures.

Contrary to the much-quoted line from Ghostbusters, dogs and cats living together — even being good buddies — isn’t that unusual. In my experience, as long as the dog learns the simple truth that the cat is in charge, everything is cool. But after all, anyone who shares a house with a cat has to learn that lesson. 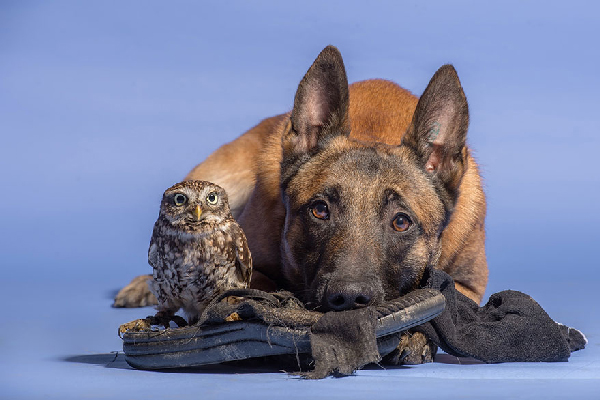 A dog pairing up with an owl, on the other hand, is completely new to me. However, German photographer Tanja Brandt has a lovely gallery of pictures on her website showing the bond between her Shepherd, Ingo, and a tiny owl named Poldi (short for Napoleon). 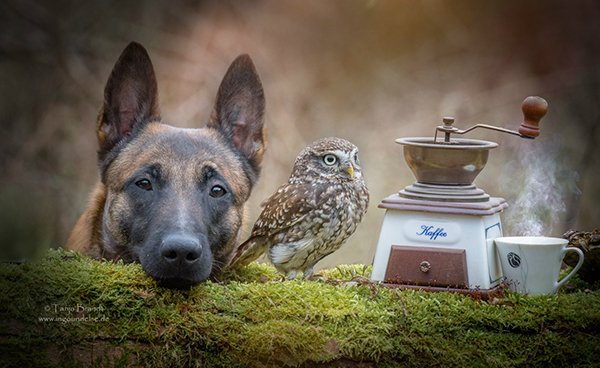 I would love to know more of how the two came to be such buddies, because the pictures are lovely and the two look intimate and trusting. The text on the page doesn’t give much history, even after you run it through Google Translate. The majority of it turns out to be quotes from writers such as Mark Twain and little aphorisms about friendship. 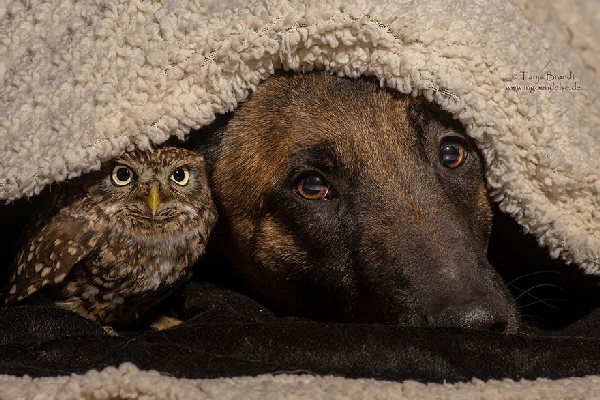 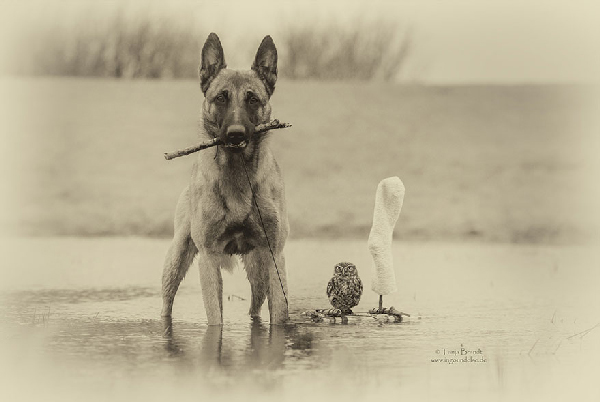 What we do know is that Poldi hatched a few days after his siblings, and Brandt took him in about a year ago. Since then, Ingo has taken on a very protective role toward the little owlet, who nevertheless strives to live up to his name. “They respect each other, and they can read each other,” she told EMGN.com. Brandt also keeps several other birds of prey, such as a Harris Hawk, who she also photographs either alone or with Ingo. None of them quite has the bond that’s developed between the dog and the little owl, however. That relationship has caught the rest of the world’s eye; the two were even painted by an artist from Brazil. 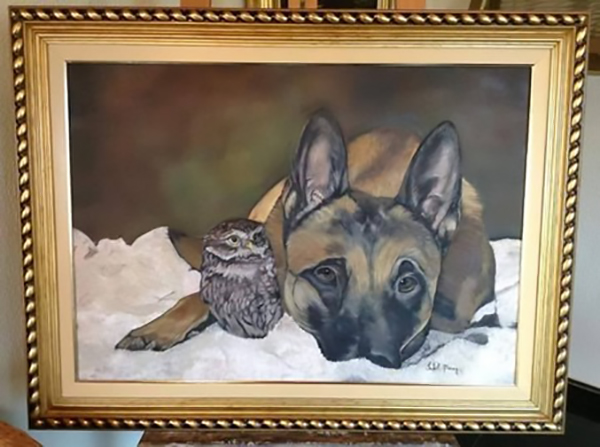 Go check out the rest of the site, and take your time looking over Brandt’s pictures. They’re worth it.