Next on The Scoop: 5 Winter Health Hazards for Dogs
Laws and Dogs 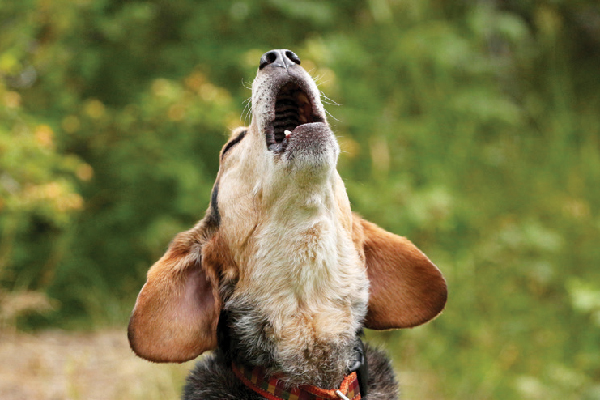 Being a good pet parent includes knowing the dog laws that apply to pups in your area.

As it turns out, there are a lot of dog laws. “Many dog owners, especially those in big cities, are surprised at the number of dog laws that exist at the local level,” says Rebecca Wisch, associate editor and clinical staff attorney with the Animal Legal & Historical Center, part of the Michigan State University College of Law in East Lansing, Michigan. “In fact, owners who move to a new town without first researching local codes may find their breed of dog is not allowed or that there is a pet number restriction in the code.”

Some of the most common dog laws deal with dog barking. Photography ©Saso Novoselic | Getty Images.

As with many things in life, some dog laws are pretty obvious and easy to follow. “There are basic laws, such as license requirements and rabies vaccination requirements, that exist in most jurisdictions,” says Tony Eliseuson, senior staff attorney with the Animal Legal Defense Fund in Cotati, California. “In many cities there are leash laws and laws requiring you to pick up after your pet. Those are the laws that will have the broadest day-to-day impact on dog owners.”

“The nuisance-type issues like barking or defecating on others’ property are also concerns because they affect quality of life for everyone,” Rebecca adds. “If you are the dog owner whose dog is engaging in those behaviors, you may find yourself on your neighbor’s bad side as well as out of money if cited under a local law.”

A dog showing his teeth, about to bite. Photography ©Pekic | Getty Images.

But much more serious incidents can occur. “Dog bites and dangerous dog liability are probably the main legal concerns with dog ownership,” Rebecca says. “About 36 states have some form of strict liability laws. This means that a dog owner is liable for damages regardless of whether the owner knew the dog had vicious propensities.”

And just as not knowing a dog’s demeanor is not a defense, not inviting someone onto your property may not be one, either. “While liability is more likely for invited guests, there could be liability even for injuries to uninvited guests or intruders depending on the circumstances,” Tony says.

Who gets to decide if your dog is dangerous? “Most dangerous dog enforcement actions will occur at a county level,” Rebecca says. “It varies from state to state, county to county on which court has jurisdictions for these hearings.”

How can I find out which dog laws are specific to my area?

For a list of state-specific dangerous dog laws, visit animallaw.info/topic/state-dangerous-dog-laws. But don’t stop there. Most dog laws that affect you are at the local level. Contact your city and county, including any HOA laws, for specifics in your area.

Dog laws regarding pets as property Microchipping dogs is important for helping to find a lost dog and to prove you own your dog. Photography ©Liliboas | Getty Images.

Many of us consider pets as family members, so it can be distressing to think of dogs as the law does — personal property. So what happens when a lost dog is found by someone else? It’s not “finders keepers.”

“A dog remains the personal property of his or her original owner unless the owner gives it away or sells it,” Rebecca explains. “So, when a person finds a lost dog, he or she cannot just keep the dog hoping that time alone will grant ownership. If the finders of the lost dog do not relinquish possession of the dog, the original owner can take the finders to court (usually small claims) to recover possession of the animal.”

Not surprisingly, there are exceptions. “As with any property, generally a person is entitled to the return of lost property, but that presumption may not hold if the prior owner is negligent, is deemed to have abandoned the property, or otherwise failed to take any affirmative steps to try to locate the lost dog,” Tony says, adding that there may be jurisdictional variables as well.

This makes microchipping your dog even more critical. A collar and ID tag can always be removed, but a microchip can be powerful proof in court.

Dog laws when it comes to divorces

What about pets as furry kids? While the term “pet parent” and “pet guardian” are used in some parts of the country, they may not have actual legal standing. However, two states have addressed dogs when it comes to divorce and custody.

“Only Alaska and Illinois currently have statutes that specifically require judges to consider the best interests of companion animals that are marital property as part of the divorce proceedings,” Tony says. “But many other states give broad discretion to judges regarding such issues, and we believe that includes the power to consider the best interests of the companion animal.”

As president and CEO of Pinups for Pitbulls, Deirdre Franklin works with one of the most maligned breeds in the country. She points out, “Breed-specific rules don’t work to keep the public safe. All dogs have teeth, and the propensity to bite and cause damage.”

That doesn’t stop many areas from discriminating against Pit Bulls or other breeds, so owners of those breeds must be extra vigilant.

“It’s important for owners to be aware of their local and state laws for dog ownership,” says Deirdre, who is based in Weaverville, North Carolina, and also co-wrote The Pit Bull Life: A Dog Lover’s Companion. “For example, dogs that are viewed as Pit Bull-type dogs in Denver, Colorado, can be picked up and euthanized regardless of their temperament. However, that same dog in Pennsylvania is free to be a dog.”

How dog laws can affect your house or apartment

Renters have found not every apartment that allows dogs actually allows all dogs. My Pit Bull is Family has a dedicated website to help you find a rental that is breed neutral, Deirdre says. Keep in mind that the burden is on you, the dog parent, to find a place to live that accepts your pet. Too many dogs wind up in rescues because pet parents didn’t research rental policies or thought they could hide their dog from a landlord.

And being a homeowner doesn’t mean you’re home free. “Some insurance companies will not insure your rental property or home if you have one of the ‘maligned breeds’ in your home,” Deirdre says. “It’s important to do your research on this topic. We have many great resources on our website, including a PDF on which insurance companies do not discriminate based on breed or type.”

With so many people thinking Pit Bull-type dogs are mean, make sure you aren’t the one with a bad attitude. “It is imperative to not have a chip on your shoulder about prejudices you may face having one of these dogs,” Deirdre says. “We all know that Pit Bull-type dogs are wonderful dogs, and it’s up to us to lead by example so that others can discover that for themselves.”

Legal help when it comes to dog laws

Deirdre recommends hiring a lawyer familiar with animal law if you need legal help regarding a breed ban or for any legal issue regarding a pet.

But first, find out if the incident is covered by your homeowners, renters or other liability insurance. “If so, it may be that the insurance company has the right to appoint an attorney for the claim or can provide assistance in locating an attorney,” Tony says.

Also, consider the financial implications of hiring a lawyer. “The hourly rate the attorney charges to fight the claim could easily exceed the cost of simply settling the claim early on in many cases,” he adds.

Dog laws that protect your pups

If these seem like a headache, keep in mind that for every law that might annoy pet parents, there are some dog laws that protect our canine friends.

“Every state now has a law that allows pet owners to establish ‘pet trusts’ to care for their animals after they die,” Rebecca says. “Every state now makes dog fighting a felony. Cities and states are enacting laws that curtail the supply of dogs bred by ‘puppy mills.’ Even dogs used in biomedical research facilities are getting greater protection through ‘Beagle freedom laws.’ All of the changes may be incremental in terms of greater legal protection, but they are certainly significant.”

And laws that protect both dogs and humans are good for everyone. Maybe we’ll see that spin-off yet …

What about when you break the law?

A dog in the front seat of a car. Photography ©Marco Rosario Venturini Autieri | Getty Images.

While some laws focus on a dog’s actions, there are instances (which may be regional) where it’s the owner’s misdeed. 

Elizabeth Anderson Lopez is an award-winning writer based in Lake Forest, California. She and her husband have quite the menagerie, including two English Bull Terrier rescues named Dexter and Maybelene.

4 comments on “Dog Laws Every Pup Parent Should Know”