Next on The Scoop: Three Nuns Adopt the Senior Pit Bull Nobody Else Wanted

Contagious Cancer in Dogs Is Traced to One Prehistoric Pooch

A strange story came out last week about a common type of dog cancer called CTV, or the canine transmissible venereal tumor.

The first strange part: The cancer is contagious. It’s spread from one dog to another when the dogs have sex, touch, or even just lick each other. You probably haven’t heard of it, though, because it hasn’t really hit dogs in the U.S.

“It’s is a common disease in street dogs all around the world,” says geneticist Elizabeth Murchison at the University of Cambridge, according to NPR. “People in the U.S. and U.K. haven’t heard of it because it’s found mostly in free-roaming dogs in developing countries.” 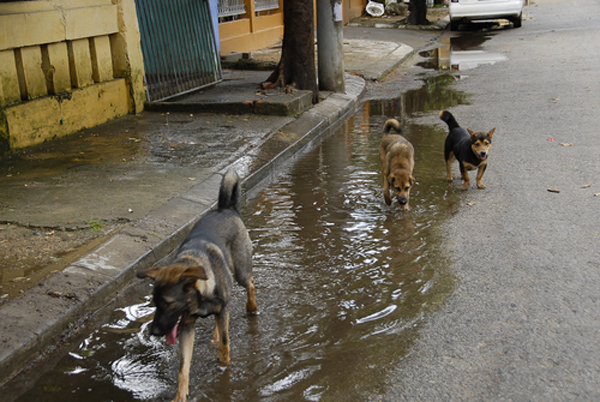 That, however, is not really the strange part, at least to scientists. They’re well aware the cancer is contagious. But they just found out, thanks to Murchison and her team, that the cancer is a “living fossil.” Meaning, the tumors contain the DNA of a single, ancient dog who lived 11,000 years ago. They even know the characteristics of the dog: a gray-brown or black coat, short straight fur, pointy ears, and a medium-size snout. They say it was a wolf-dog closely related to an Alaskan Malamute. They believe the dog was inbred, which may have caused the cancer in the first place.

The cancer has survived 11,000 years, accumulating millions of mutations — at least 2 million mutations, according to Murchison, in contrast to the 1,000 to 5,000 mutations of most human cancers. 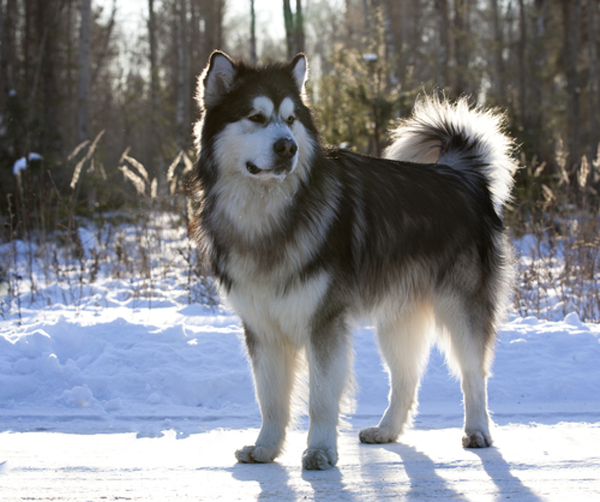 “When I look down the microscope and see these cells that came from a dog 11,000 years ago, it boggles my mind,” said Murchison, according to NPR. “It’s really incredible.”

Murchison and her team believe the cancer existed in an isolated population for thousands of years before suddenly exploding.

“It spread around the world within the last 500 years,” she explained to Discovery News, “possibly carried by dogs accompanying seafarers on their global explorations during the dawn of the age of exploration.”

Murchison hopes the genome of the dog tumor leads to a greater understanding of human cancers. Specifically, how they evade the immune system, and how they spread.

“The genome of the transmissible dog cancer will help us to understand the processes that allow cancers to become transmissible,” said Sir Mike Stratton, senior author of the paper and director of the Sanger Institute, according to Discovery News. “We should be prepared in case such a disease emerged in humans or other animals.”

Via NPR and Discovery News