Next on The Scoop: How the Love of a Pit Bull Helped Me Beat Bulimia

Last week, I joined more than 1,000 dog lovers to support the Morris Animal Foundation; I'm among many people touched by cancer in dogs.

Last weekend, I walked to help raise money for the Morris Animal Foundation, a nonprofit organization investing in science to advance veterinary care for companion animals. I first learned about this organization when my sweet dog Buster, an Australian Shepherd/Lab mix, was diagnosed with cancer. 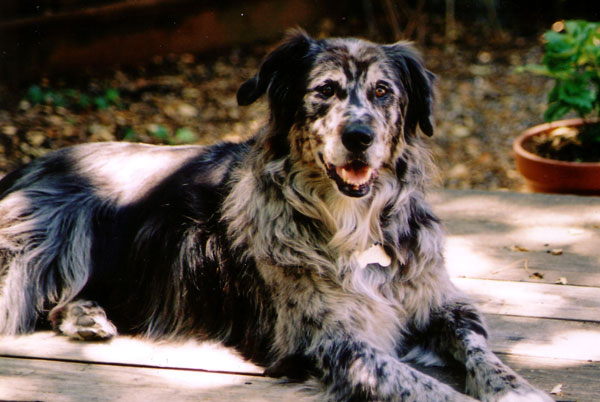 Buster had osteosarcoma, or bone cancer. At first we thought his slight limp was due to his age (he was 13 years old) and so I gave him glucosamine supplements. After his limp worsened and we visited the vet, we realized the awful truth. Bone cancer is a relatively common disease in large breed dogs and is a leading cause of death in some breeds, such as Greyhounds and Rottweilers.

Cancer is the most likely cause of death in dogs over two years old. Experts estimate that almost half of all dogs over the age of 10 will develop cancer and approximately one in four of all dogs will at some stage in their life develop a cancer. Purebred dogs in particular appear to be more susceptible to the disease. 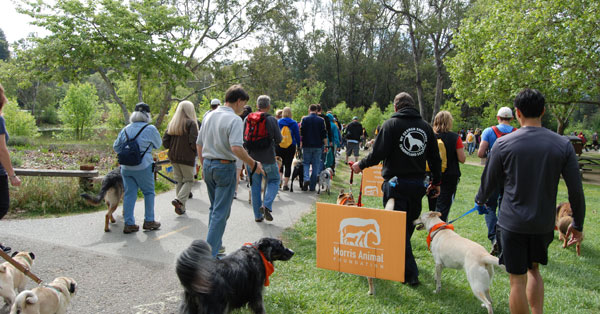 This past Sunday, my husband and I walked with Sasha, our Australian Shepherd/Border Collie mix, along with 1,000 other participants in Los Gatos, CA. Dogs who are cancer survivors sported purple bandanas while dog supporters wore orange bandanas. Many of the participants wore T-shirts commemorating loved ones who had crossed the Rainbow Bridge. In total, $110,00 was raised, which organizers reported was $40,000 above the original goal. Since 2008, the foundation’s walk program has raised more than $1 million for canine cancer research. 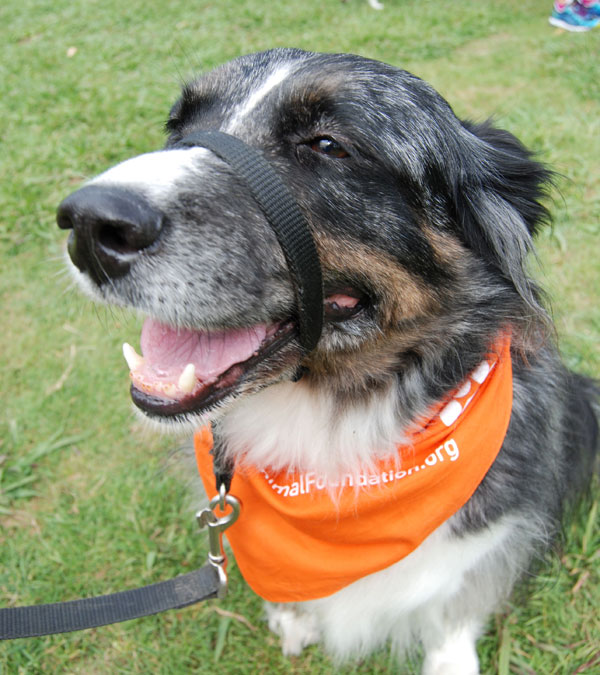 I hope and pray that Sasha never falls victim to cancer. Now that I’ve learned a little bit more about the disease, I’m more vigilant about detecting any changes in her health or behavior. The National Canine Cancer Foundation has a list of the 10 early warning signs: 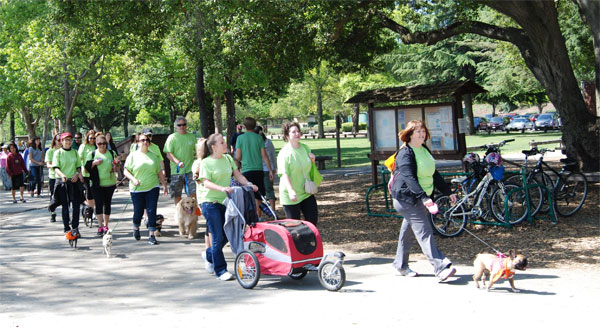 The Morris Animal Foundation has funded more than 150 canine cancer studies, helping veterinarians to better detect and treat the disease. One study looked at Golden Retrievers and how the breed’s DNA deficiencies contribute to the development of lymphoma. One in eight Golden Retrievers is diagnosed with and dies from lymphoma. Dr. Eric Barchas wrote in more detail about the foundation’s study of 3,000 Golden Retrievers.

Have you had a dog with cancer? Tell us about your experience in the comments.