Next on The Scoop: Friday Freebie: Win Your Pup a Pair of Doggles (Yes, Goggles for Dogs!)

Dogs Suffering Inside Hot Cars: Pet Patrol Puts a Stop to It

A shopping mall in Canada scans the parking lot to combat the idiocy of shoppers leaving dogs in cars.

Every year, as the temperatures rise around North America, the stories about this dog health issue come in: Dogs left in hot cars, thanks to people who can’t or refuse to grasp the most rudimentary awareness of the sun’s heat. Often, they these people shop; this woman shopped for 13 hours at Walmart earlier this month as her Bulldog died in her car out front. Other people do equally stupid things that equate to animal abuse; this guy enjoyed the Vans Warped Tour last week while his dog suffered heat stroke and shock in the parking lot. 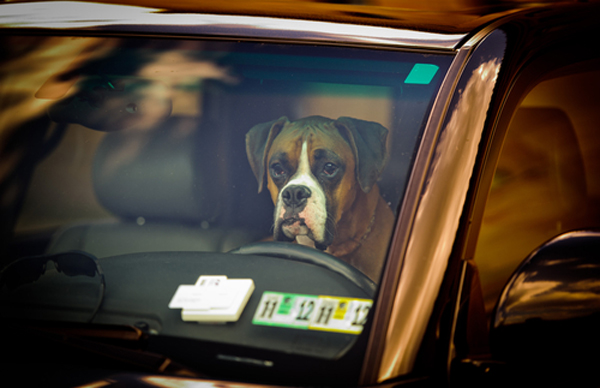 In some states, leaving a dog in a hot car is illegal, but few people seem to grasp that. Mostly we’ve had to rely on Good Samaritans stepping in to call 911, which isn’t a solution, but a rescue mission.

Finally, one mall is doing something about it. The Mic Mac Mall in Dartmouth, Nova Scotia, has launched a pet patrol to walk the parking lot, looking for dogs left in cars, according to CBC.ca. Wearing bright neon shirts, members of the patrol look for signs like cracked or open windows, which can indicate a dog left in a car.

“The first step they’ll take is to try and assess the condition of the animal in the vehicle,” Staff Sgt. Lindsay Hernden of Halifax Regional Police told CTV News.

Then, they have security page the driver, but if the dog seems to be in trouble, they’ll call police.

Below is an infographic we made to remind you of the danger — print it and share online at will. 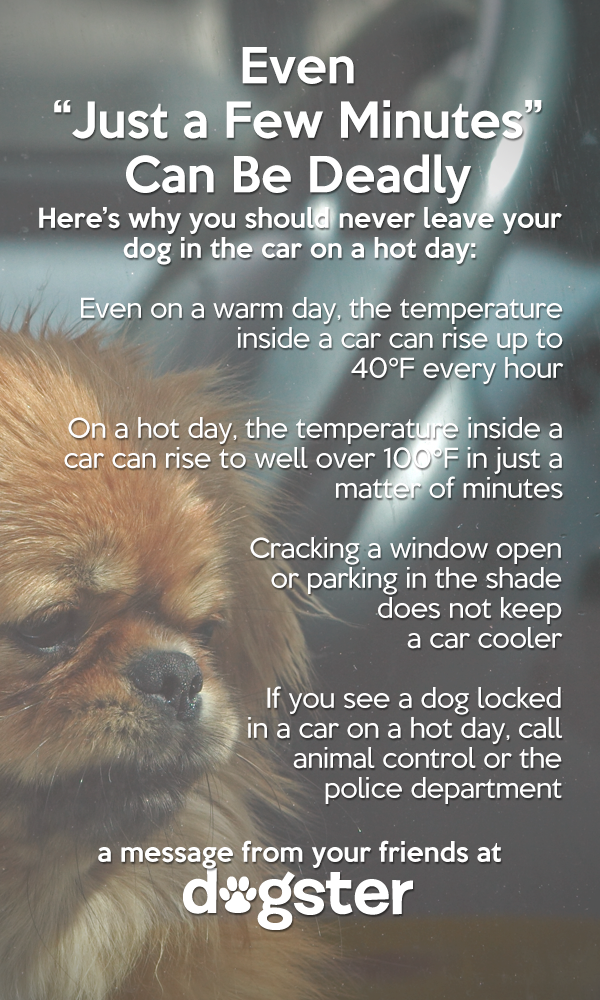 The MicMac Mall’s shoppers agree that the pet patrol is a great idea. Angela Risk, who has two dogs, Ela and Lexi, told CBC.ca that when she and her husband shop, she stays outside with the dogs.

“I think people don’t realize how hard it is on the animals,” she said. “Perhaps maybe if they were to sit in a vehicle themselves for the amount of time in the conditions the dogs are being left in, they might realize that it’s very detrimental to the animals.”

Last year, a courageous vet did just that, filming the whole process, to raise awareness of how quickly a car can become stifling — and how cracking the windows does next to nothing.

“I can’t imagine how helpless and frightening it would be for a dog to be left in a car, not knowing when you’re going to come, and slowly and surely having the energy and the life just burnt out of them by the heat,” he said afterward. 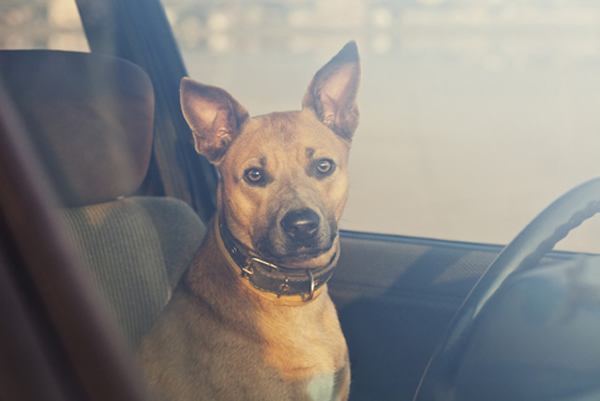 Kudos to the Mic Mac Mall, and let’s hope other malls follow suit.