Next on The Scoop: Loose-Leash Walking: Let’s Talk Training Basics
In the News

Disgusting: A Video Points to a Dog-Fighting Ring in S.F.

Members of a street gang are accused of staging a fight in a video found on one suspect's phone.

Cops busted a suspected dog ring in San Francisco, thanks to a cell phone video that one of the suspects had on his phone. After police arrested Ed Perkins on an unrelated charge last month, they discovered a video of a dog fight — with the faces of those involved visible, according to reporting by ABC 7.

On the video, two Pit Bulls fight while their owners and a crowd cheer them on.

“They’re kinda slapped and punched and yelled at and set back at each other and they fought pretty viciously for about five minutes until the video cuts off,” said Inspector Dan Silver, who is with the San Francisco Police Department’s gang task force. 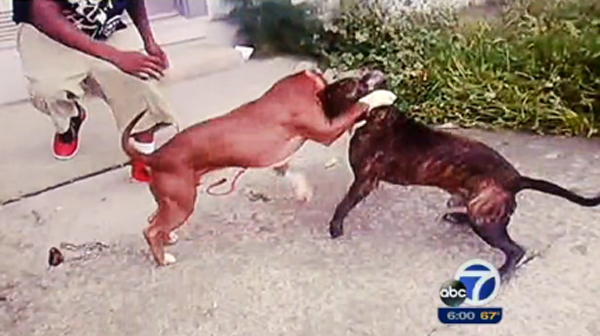 Police believe the fight happened in March at the Hunters View housing development. Three men have been arrested, according to ABC 7, all members of the Westmob gang: Perkins and Acie Lee Mathews Jr., both owners of the dogs, and Jermaine Jackson, who was a bystander, which is also a crime. 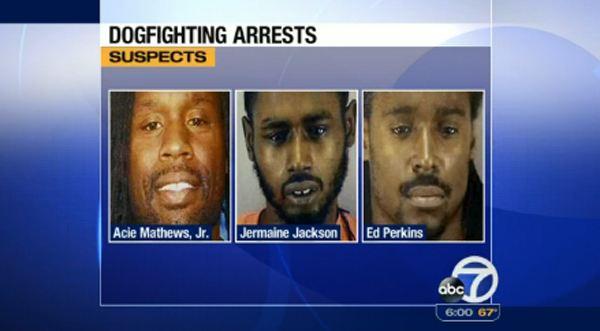 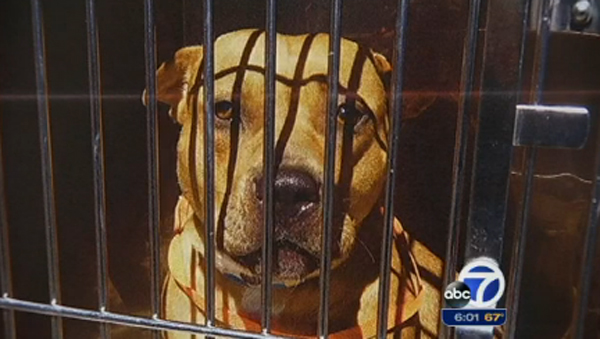 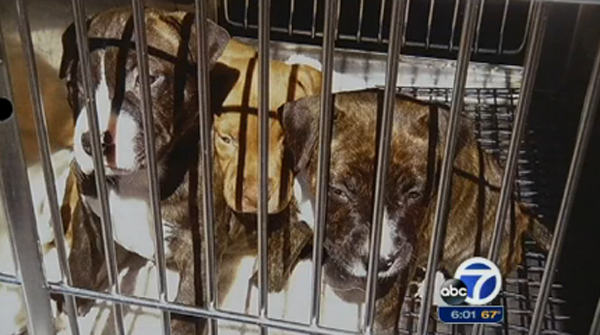 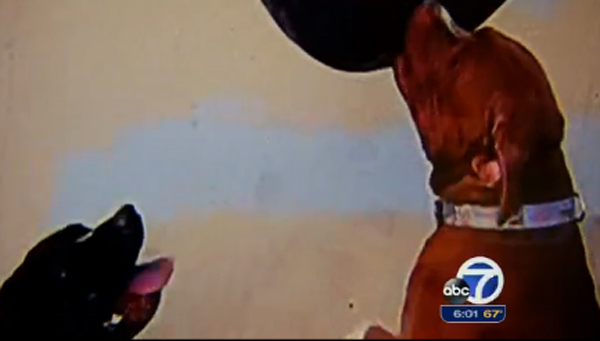 Also on Perkins’ cell phone: videos of Pit Bulls being trained to fight by attacking tires.

Silver told ABC 7 that dog fighting is a common tool for gangs to control their turf.

“It just creates an increasing air of violence and intimidation in the neighborhood,” he said. “It’s not all uncommon practice at all.” 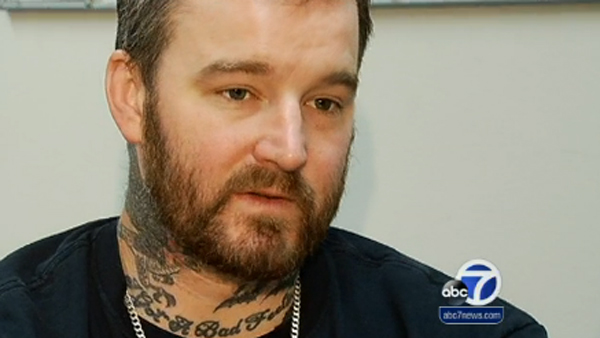 Police have not found the dogs and are seeking the public’s help in finding other people in the video. Their photos can be found here.

If anyone has any information regarding the people in the video or the location of the dogs, contact the San Francisco Police Department tip line at 415-575-4444.