Next on The Scoop: A Chihuahua’s Face Magically Appears in a Blueberry Muffin

Dog Fighting Event in Georgia Is Raided — By Police Helicopters

Thirty-four people were arrested at the highly organized dog fight, which even had a food truck.

It’s time to raise a glass to multiple law enforcement agencies across Georgia, who not only broke up a dog-fighting ring, but did so at a moment’s notice with helicopters and spotlights while a dog fight was in progress, saving the dogs and arresting spectators and participants.

It sounds like something out of prime time TV. On Saturday, authorities investigating the ring learned that a fight was scheduled to go down that night, and they rallied the troops, according to the Times-Herald.com. 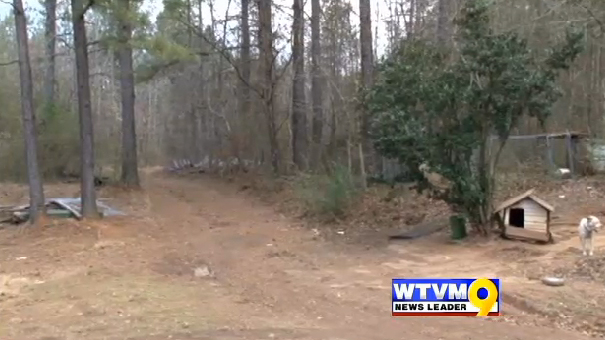 “Our narcotics unit has worked tirelessly on gathering intelligence on the event, and at a moment’s notice, they ‘rallied up’ and met at the training center where a briefing was conducted,” according to Meriwether County Sheriff Chuck Smith in a press release.

Then they swept in. First, they set up a perimeter full of officers. Then they brought in the helicopters, shining spotlights on the participants and spectators — who fled right into the arms of waiting authorities. Suspects who hid in the bushes were located with the helicopter’s forward looking infrared, of FLIR, cameras. 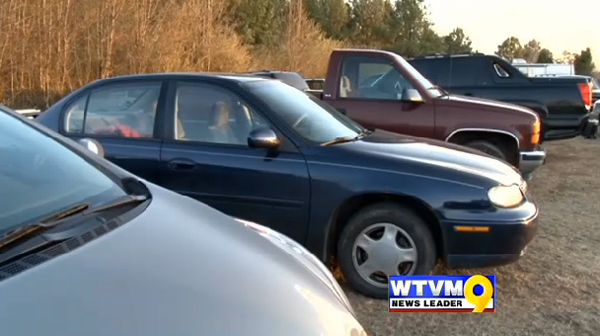 In all, 34 people were taken into custody. Authorities also seized more than $28,000 in cash, 26 vehicles of those arrested, five guns, two generators, lighting equipment, the fighting pit, and a catering truck, according to the Times-Herald.com.

Yes, a catering truck. Express Wings was serving fried chicken and fish to those gathered at the event. 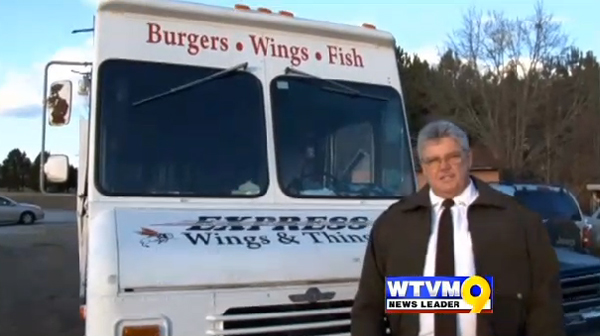 As for the dogs, authorities found two Pit Bulls, with one injured and bleeding inside a large fighting pit. Animal Control Officer Beth Miller took the dogs into protective custody, and a vet is treating the injured dog with antibiotics. According to Times-Herald.com, one dog is eating again and even gave the vet some kisses. 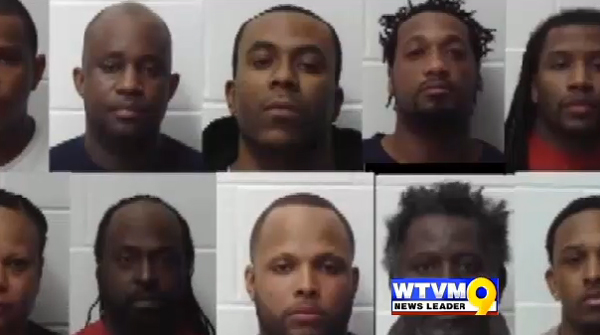 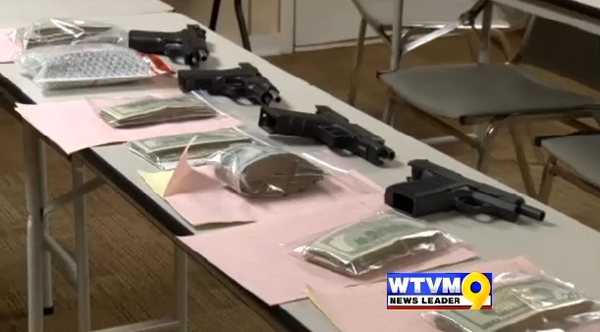 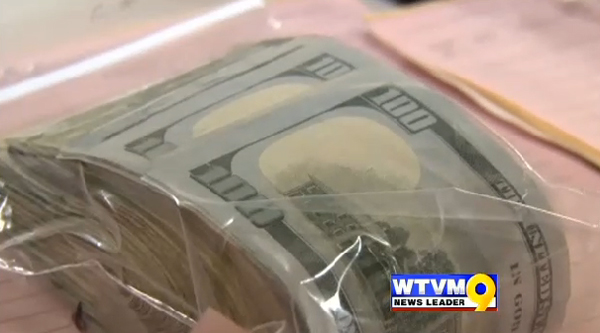 Those arrested face a litany of charges: gambling, cruelty to animals, possession of a firearm during the commission of a crime, theft by receiving stolen property, conspiracy to commit or promote dog fighting, and other crimes associated with the dog fighting operation.