Next on The Scoop: Why Do Dogs Have Epileptic Seizures?

Who Dumps Their Dog at a Park With a Bag of Toys?

The dog thought he was going to play; instead, he was abandoned with a note around his neck.

The Pit Bull must have suspected something was up when his owners took a bag of his toys to the park with them — also when they attached his leash to a bench, stuck a note in his collar, and left him there when they took off.

The note read: “I’m playful and friendly! I have never bit a single person. I’m good around children. Please take me! My owners couldn’t have me anymore because we can’t have dogs were [sic] we live.” 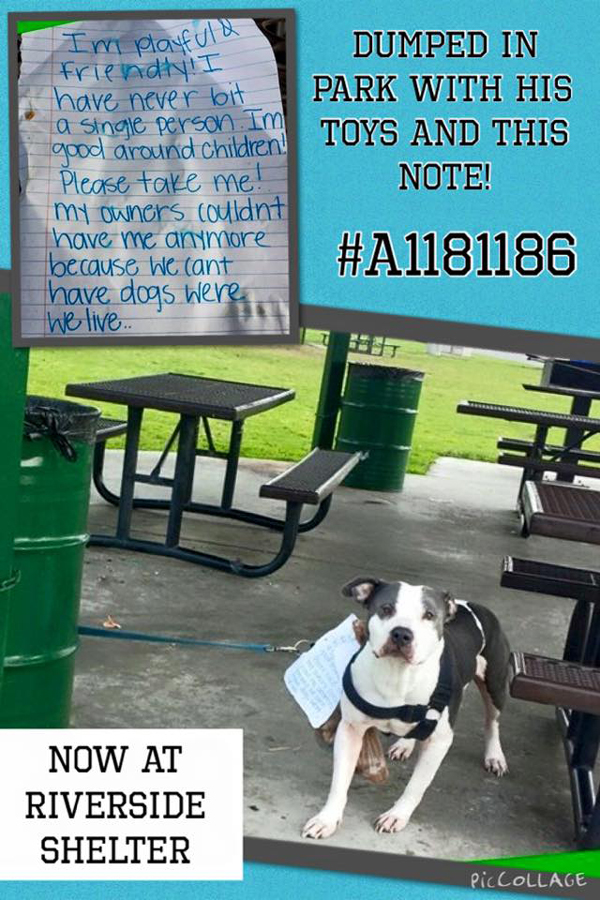 Nobody took him. Of course they didn’t — the plan was rotten to begin with. You don’t leave your seven-year-old Pit Bull in a park with a “free” sign on him and a bag of toys. Someone finally called authorities, and Riverside Animal Control brought the dog to the Riverside Shelter, where he still sits, wondering what the heck is happening.

Staff posted this message to Riverside Shelter’s Facebook yesterday, issuing a stern rebuke to anyone dumb enough to dump animals this way:

The owner left a note with the dog at Veterans Park and tied the dog’s leash to a chain on a trash can. The owner also left behind some of the dog’s chew toys. Abandoning a pet with a note and his chew toys is still animal cruelty. This dog was fortunate he did not hurt himself or was attacked by a coyote or a pack of dogs. Fontana Police is interested in hearing from you if you know who dumped this dog at Veterans Park. Meanwhile, we’ve been fielding many calls from rescue group organizations interested in re-homing the sweet boy. An earlier social media post generated the buzz about this sad situation. There are many correct ways to relinquish ownership of your pet. This is a very wrong way. And it’s criminal. 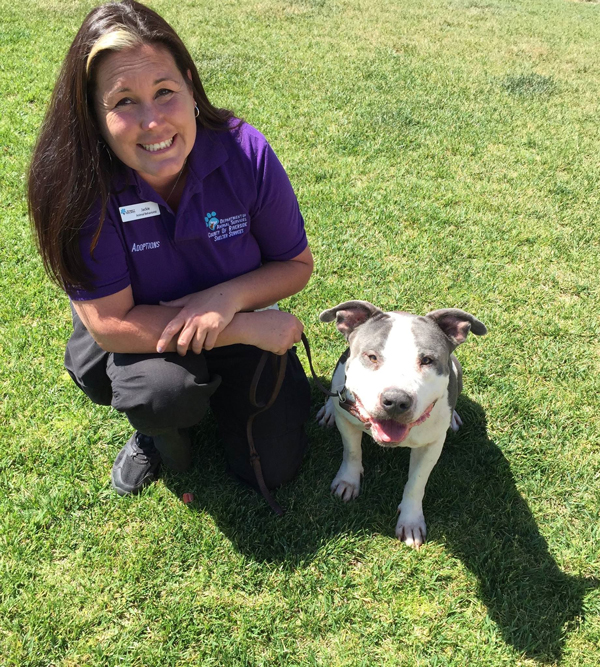 If you have any information about this dog — or if you would like to adopt him — call or visit Riverside County Animal Control in Fontana at (951) 358-7387.

What do you think about people who dump dogs this way instead of dropping them off at a shelter? Tell us in the comments.