Next on The Scoop: Today is National Purebred Dog Day!
In the News

Dog Delivery by Drone Isn’t a Thing, But You Can Order Puppies Through Uber Today in Canada

3MillionDogs.com spoofs the idea in its National Adopt a Shelter Dog Day campaign, partnering with Uber instead to get puppies to adopters.

The video below is a joke, but just barely. Drones are being used for so many things today, from remote-control warfare to walking your dog, that the idea of delivering a puppy to your door by drone really doesn’t stretch credibility that much. As of this writing, Amazon is still clinging to the idea of someday implementing its “Prime Air” idea to deliver non-living packages to your door via drones.

Any minute, I expect drones to develop sentience and start to wonder why the Terminator movies are still fiction. So when the video started playing the first time, I did have to pause for just a second to do a reality check. 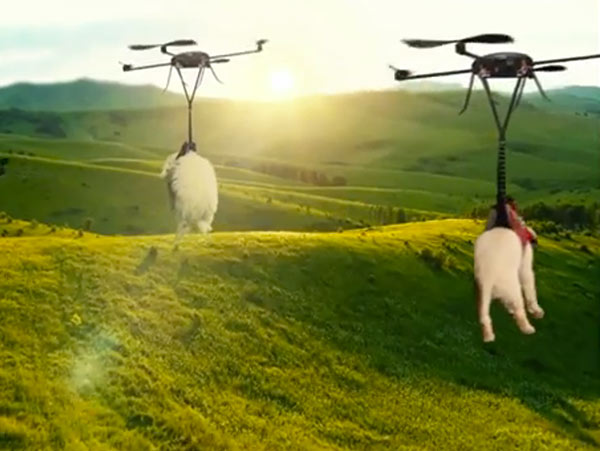 Part of that reality check is remembering just how serious this video is underneath the amusing cuteness. 3MillionDogs.com made it as part of its campaign for National Adopt a Shelter Dog Day. That’s today, and it’s worth pausing to remember how many dogs won’t be going to new homes, whether by drone or otherwise.

It won’t be for lack of trying, though. While the plan for drones is a fake, 3MillionDogs will be partnering with Uber Canada to bring puppies to offices in Toronto, Ottawa, Montreal, and Edmonton for 15-minute play dates. Between 11 a.m. and 3 p.m. today, the Uber app will have a PUPPIES option to bring a dog into workplaces. All of the dogs will be available for adoption. “We thought it would be a great way to raise awareness across Canada and around the world of the need to find these dogs a forever home,” the organization’s blog says. 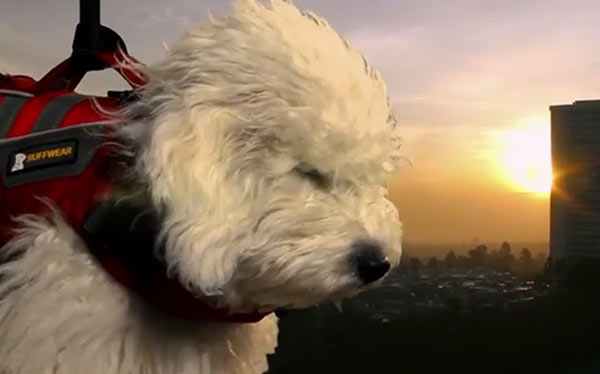 I hope that the Uber thing works out, and that some of those pups wind up with forever homes. However, I was skeptical when Uber did a similar thing in the United States last January, and I’m skeptical now. Shuffling small puppies from office to office for 15-minute shifts can be disruptive for the dogs, and isn’t the best way to make sure that they wind up in a good home.

The 3millionDogs website reminds us: “In North America alone, of the 3.9 million dogs in shelters, less than half are ever adopted.” But the ones that have the hardest time getting adopted aren’t the adorable little puppies that will be part of the Uber operation. It would be nice to see some kind of similar operation to remind people that less classically photogenic dogs — those who are older or have disabilities — are in dire need of homes. National Adopt a Shelter Dog Day would be a great time to remind people that those dogs need homes too, and they’re a big portion of the ones left to linger in shelters.

Uber itself doesn’t have a great reputation with handling dogs, either. Just this week, a federal judge ruled that a discrimination suit filed by the National Federation of the Blind in California should be allowed to proceed. The NFB alleges a number of incidents in which Uber drivers have refused transportation to blind people with and without service animals. In at least one case, it alleges that an UberX driver forced a blind woman’s seeing-eye dog into the trunk of his car and left him there despite her pleas.

Hopefully, the drivers who will be delivering puppies in Canada today will have been better trained. All my doubts and skepticisms aside, this is an important day for the dogs, and at the end, I hope that more people remember their local shelter when they want a new dog.

One comment on “Dog Delivery by Drone Isn’t a Thing, But You Can Order Puppies Through Uber Today in Canada”