Next on The Scoop: Tips to Prepare for Camping with Dogs
Dogster News 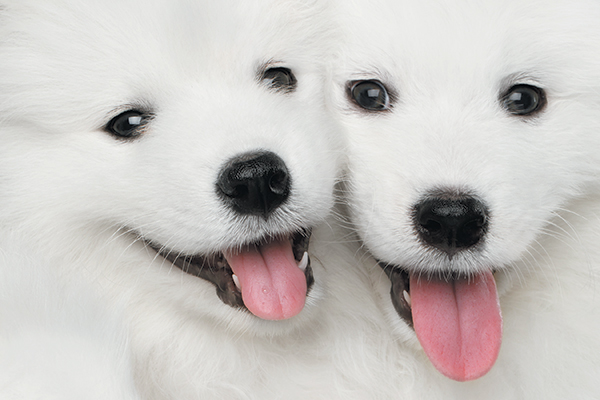 Let’s Talk Dog Cloning — Would You Ever Clone Your Dog?

What once seemed sci-fi fantasy is now a reality. See where scientists are at with dog cloning today — and exactly how to clone your dog.

We’ve all had that special dog. The one you just couldn’t bear the thought of saying goodbye to. What if you didn’t have to? You might recall Dolly the sheep — the first successfully cloned mammal. It’s been 20 years since Dolly made her debut, and cloning has come a long way. South Korean researchers started dog cloning in 2005, but at $100,000 a pop, such services were out of most pet owners’ reach. Enter ViaGen, a Cedar Park, Texas-based livestock cloning company. In 2015, ViaGen started cloning pets in the states. Less than a year later, the first U.S. cloned dog was born: a Jack Russell Terrier puppy. ViaGen slashed the price of a cloned puppy in half — just $50,000 for dogs.

A cloned cat is even cheaper: $25,000 (as it turns out, cats are easier to clone than dogs, so it’s less expensive). It’s still pretty pricey, but some people are doing it. The question is, why?

“The common thread here is that love for their pets,” says Melain Rodriguez, client service manager for ViaGen. “They share an extreme love and bond with the pet. It’s something that can give a client hope, especially if a pet is ill or very recently deceased, it can give a little bit of hope for the future that there’s a little piece of them still growing and living.” ViaGen also offers a genetic banking service similar to cord blood banking for human babies, a hot trend among new parents. The initial genetic preservation costs $1,600, and there’s an annual storage fee of $150 per year, which begins after the first year. Pet owners can then decide to clone their pet later or just keep storing the cells indefinitely. 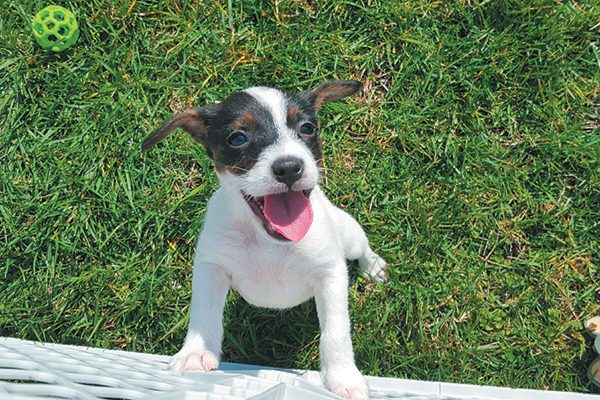 If you’ve watched sci-fi movies, you might think that a clone of your dog will be a perfect replica, but it’s not that simple. “I think there is a sort of notion that a clone is an exact copy, and it’s true from a genetic standpoint, it essentially is,” says James A. Serpell, Ph.D., the Marie A. Moore professor of ethics and welfare and director of the Center for the Interaction of Animals and Society (CIAS) at University of Pennsylvania’s School of Veterinary Medicine in Philadelphia. “But the genes are really just a blueprint. How the blueprint is interpreted and transformed during development can have huge effects. A lot can happen between conception and adulthood, and that really determines what you end up with.”

Basically, there are no guarantees when it comes to a cloned pet’s personality. “The feedback from our clients tells us that personality and temperament are very similar in the cloned animals,” Rodriguez says. “I wish we could say for sure yes, they are going to have exactly the same personality, but it can really depend on environmental factors as well as some genetic factors.” A cloned dog might not even look identical to the original dog. “One thing that can change in a cloned animal is the patterning of the fur,” Rodriguez says. “If the original dog is a black dog with white spots, then the cloned puppy will be black with white spots, but those white spots can be in a different location. That’s something that is determined by an external factor: the uterine environment.” However, the ratio of black to white will likely be similar, and the puppy will most likely have a similar body shape, size and conformation as the original dog.

Cloning to save special animals

Now that cloning is no longer relegated to livestock or eccentric billionaires, the odds of meeting someone with a cloned pet are going up. But just because you can do something doesn’t mean you should. With so many homeless pets sitting in shelters, isn’t all this cloning stuff just a little bit too crazy? Maybe not.

Cloning is not only used for special pets. “We’ve had some therapy dogs that are going to be cloned, working dogs, like drug-sniffing and bomb-sniffing dogs,” Rodriguez says. Working dogs and service dogs are typically spayed or neutered young. But an outstanding dog’s genes are valuable. Cloning offers a way to use those genes for future generations. Animal conservation is another area where cloning can be of good use. ViaGen is involved in cloning two endangered species related to cows: the gaur and the banteng.

The majority of ViaGen’s customers choose to simply preserve and store their pets’ genetic material and never take additional steps toward cloning. “Those cells can be stored for decades,” Rodriguez says. “There could be future cell-based therapies where these cells could be useful at some point. There isn’t really anything available now, but research is always being done.” No matter how much we love them, most of us will never clone our dogs. And maybe that’s best. “Enjoy your pet as an individual, and enjoy your next dog as a different individual, but to my mind, it’s foolish to try to reproduce the same dog because you won’t succeed,” Dr. Serpell says. “You’ll just be disappointed.”

How does dog cloning work exactly? 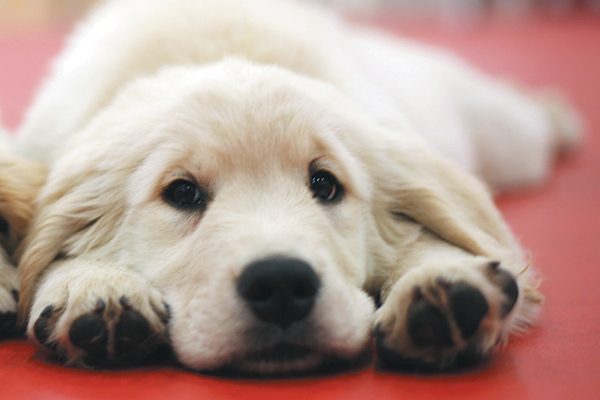 Now that you know a dog can be cloned, just how do they do it? The first step is collecting and preserving genetic material from the dog who will be cloned. Using a kit from ViaGen, a veterinarian collects a few tiny pieces of skin via a process called a punch biopsy. The vet uses a local or general anesthesia so the dog feels no pain.

“We grow millions and millions of cells from those tissues, and each cell contains the complete DNA of that pet,” Rodriguez says. “The cells are frozen and stored in liquid nitrogen. From that point on, those cells remain viable indefinitely. They can be used for cloning right away, or they can be stored for decades.”

Next, a lab worker takes an egg cell (called an oocyte) from a donor dog and removes the nucleus, which is the part of the cell that contains all of the genetic material. This process essentially creates a blank egg. “We replace that nucleus with a cell from the dog to be cloned,” Rodriguez says. “Then it’s given a little bolt of electricity so the cell is fused to the egg. After that fusion, it starts to grow into an embryo.”

The cloned embryo is then transferred into a surrogate dog, much the same way a human can use a surrogate to carry a baby if the mother is unable to sustain a pregnancy. ViaGen transfers several cloned embryos at the same time to increase the odds of ending up with a live puppy. “Because we do transfer more than one embryo into the surrogate there is potential more than one puppy could be born, but every puppy born in that litter will be a genetic twin to the original dog,” Rodriguez says.

In addition to taking home one or more cloned puppies, the client has the option of adopting the surrogate dog who carried and gave birth to the puppies. If they decline, the surrogate dog will either be used again within the cloning program or adopted to a different family.

Jackie Brown is a freelance writer, editor and pet-industry consultant. She lives in sunny Southern California with her Miniature Poodle Jäger. Reach her at jackiebrownwriter.wordpress.com.