Next on The Scoop: The Weird and Insidious World of Heartworm in Dogs

A survey shows my Border Collie/Australian Shepherd mix might be the canine equivalent of a brain surgeon, but it doesn't feel much like it.

You may have heard the recent VetStreet.com survey of the five smartest dog breeds. The top five breeds, according to veterinarians, are:

Given that my dog is an Australian Shepherd/Border Collie mix, according to this survey I may be living with the canine equivalent of a brain surgeon. My dog may in fact be smarter than your honor student.

And Sasha is smart — don’t get me wrong. But she’s not the caliber of Chaser, the Border Collie who knows the names of more than 1,000 objects. (He even has his own Wikipedia page.) And, she’s certainly not as smart as Lucy, the shrewd Beagle who knows how to get chicken nuggets out of a toaster oven. So why isn’t she as clever, given her “pedigree”?

Dr. Stanley Coren, author of The Intelligence of Dogs, uses trainability as a marker of intelligence, and he agrees with most of the veterinarians’ top five choices, but he substitutes the Doberman Pinscher for the Australian Shepherd. (Another ding for my dog, Sasha.) Rounding out his top 10 most intelligent breeds are: Shetland Sheepdogs, Labrador Retrievers, Papillons, Rottweilers and Australian Cattle Dogs. 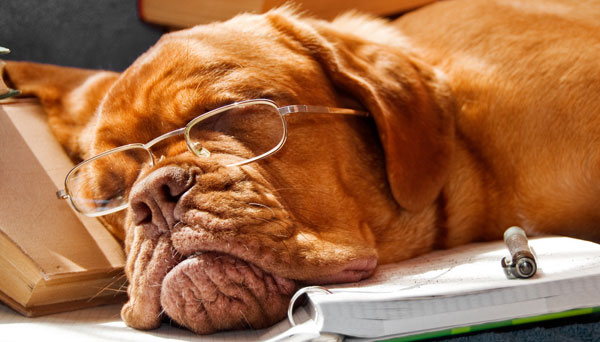 However, Dr. Brian Hare, author of The Genius of Dogs, has a differing theory on what makes some dogs smarter than others. Hare’s philosophy is that intelligence is not tied to breed. Hare says there is no scientific research on breed differences in relation to intelligence, and favors instead the “unique intelligence” of each individual dog. Hare says that some dogs are able to follow social cues and some dogs are better at making inferences, while others excel at understanding gestures or navigating.

I think I know what he means. I know that Sasha is not very adept at understanding gestures. When I ask her, “Where’s your ball?” and point in a certain direction, she looks frustrated and jumps at my hand, instead of looking toward the direction I’m pointing. But she is pretty good at understanding words, and we’ve even resorted to spelling certain trigger words (t-r-e-a-t) instead of saying them. 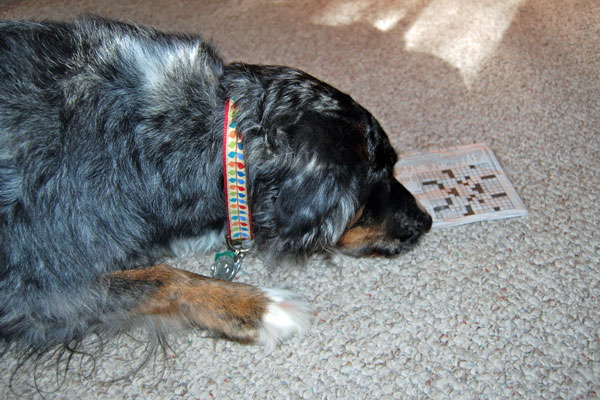 So where else does Sasha shine? Well, she’s really good at waking me and my husband up every morning promptly at 7 am. We no longer even need to set an alarm clock. And she’s also efficient at telling us when it’s time to go to bed (are you getting the picture that our dog runs the household yet?). She’s very effective at communicating to me when she’s hungry, and she can go and fetch the newspaper (as long as there’s not a squirrel in the vicinity). And, as far as her ultimate ability, Sasha excels at catching things. She can easily catch balls and Frisbees in midair. 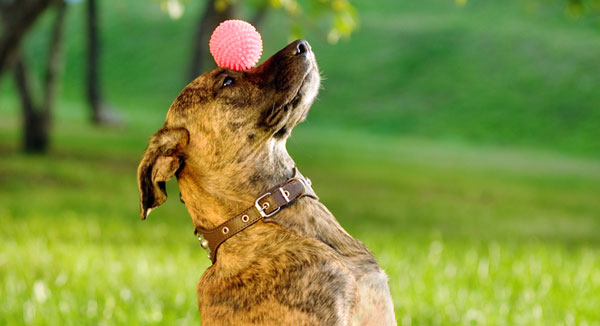 And I’m not sure I’d want to have a dog who’s smarter than me, anyway! Hare says in The Genius of Dogs that he would like to see dog parents at the dog park trade information about their dog’s unique talents instead of talking about how smart breeds are.

So how about it? What are your dog’s unique talents? Tell me in comments!

One comment on “Which Dog Breeds Make the Smartest Dogs?”