Next on The Scoop: Is Your Pup a Picasso? Visit “Drawings By Dogs” in London

We Ask a Breed Nerd: 10 Dogs for Benedict Cumberbatch

The actor told Katie Couric his life lacks a dog. Well, this is Dogster, and we have suggestions.

If you frequent Tumblr, you’ll know that actor Benedict Cumberbatch is the gift that keeps on giving. And that his legions of fans are particularly inventive. Here’s what the Internet came up with after Benny outed himself as a dog person on Katie Couric’s show last Friday, summing up the qualities he looks for in a dog:

“I quite like lurchers, actually,” he told Couric, making sighthound fans around the world (this one included) intensely smug. “Even Labradoodles are quite nice,” he added. “I thought it’d be a horrible Frankensteinian cute thing fluffing around, and actually the ones I’ve met are really, really cool.”

Cumberbatch doesn’t have a dog, which is unsurprising given the endless march of projects that have come his way over the past few years. But we’ve got his back when the time comes. In fact, we may have gotten ahead of ourselves and consulted Dogster columnist and breed expert Caroline Coile on the subject. Caroline has 33 dog books to her name and is best known for writing Barron’s Encyclopedia of Dog Breeds.

Here are her top picks for pups for Benedict to come home to:

“A guy like that, he’s not going for your top 10 type dogs,” writes Caroline. “No purse pooches, no celebrity Chihuahuas or Poodles. Just the fact he brought up a lurcher shows his tastes run toward the offbeat. So with that in mind, here are 10 breeds for Mr. Cumberbatch to consider when he’s looking for a sidekick (and let’s not rule out their mixes).” 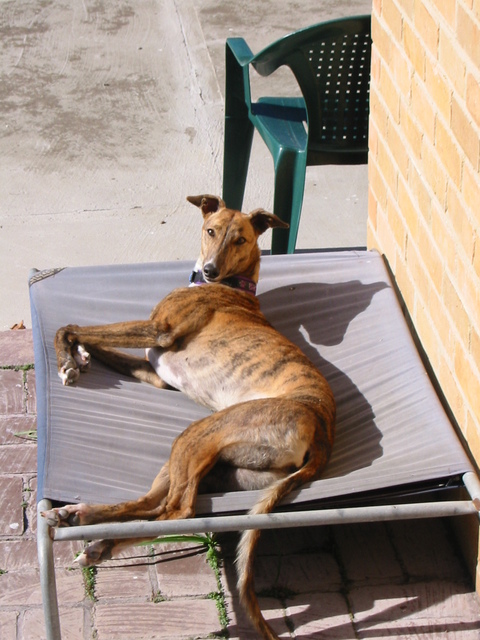 Greyhound: “A retired racer could make Benedict a fast friend. Billed as the ’40 mph couch potato,’ a Greyhound would look lovely gracing Benedict’s couch and divan and bed … and we could all pretend we were that lucky creature! Like the man himself, a Greyhound is classy and regal when need be, a bit understated in temperament, and secretly goofy when in trusted company.” [JK’s Note: This would be my top pick for Cumberbatch; it would be amazing for retired track dogs everywhere if someone so high-profile had one with him in the spotlight. And they’d make such a handsome pair.] 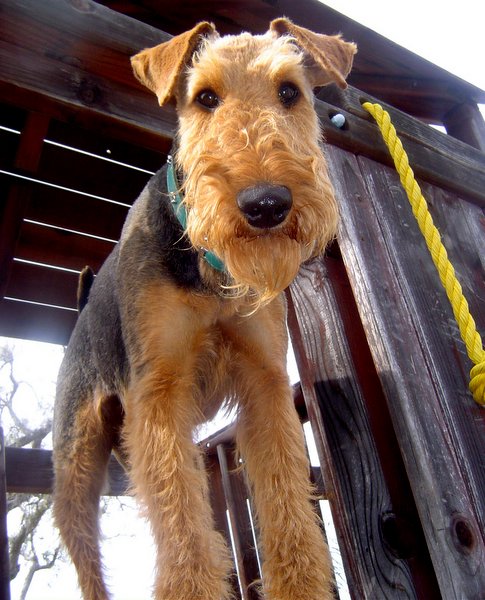 Airedale Terrier: “Terriers define independence, and the Airedale’s attitude has earned him the moniker King of Terriers. Do we have to say more? With dashing good looks, this tall dark and handsome hellion might just give Benedict some competition in the attention-getting department. The Airedale is a brave fellow who has earned kudos as a police and military dog, so keeping up with Benedict’s thirst for extreme sports should be no problem.” 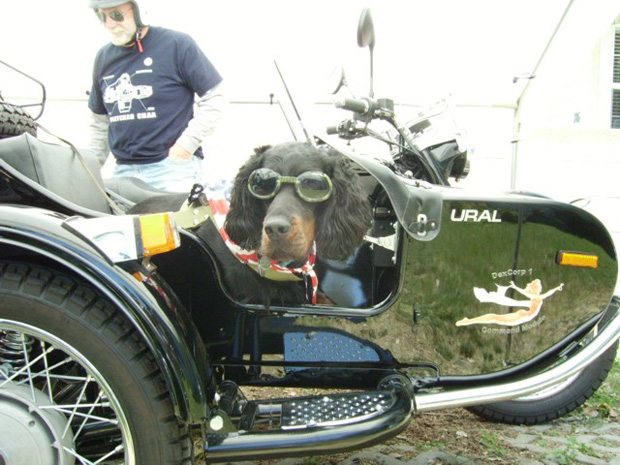 Gordon Setter: “Here’s a dog that can keep up with Benedict and maybe even outlast him. Plus, we think their hair will go nicely together. Setters get a bad rap for being addle-brained, but get them focused on task, and they’ll show you they have smarts to spare. Of course, that task is usually hunting or eating or running amuck. But hey, Daniel Webster and Sir Walter Scott were Gordon owners; that’s not bad company.” 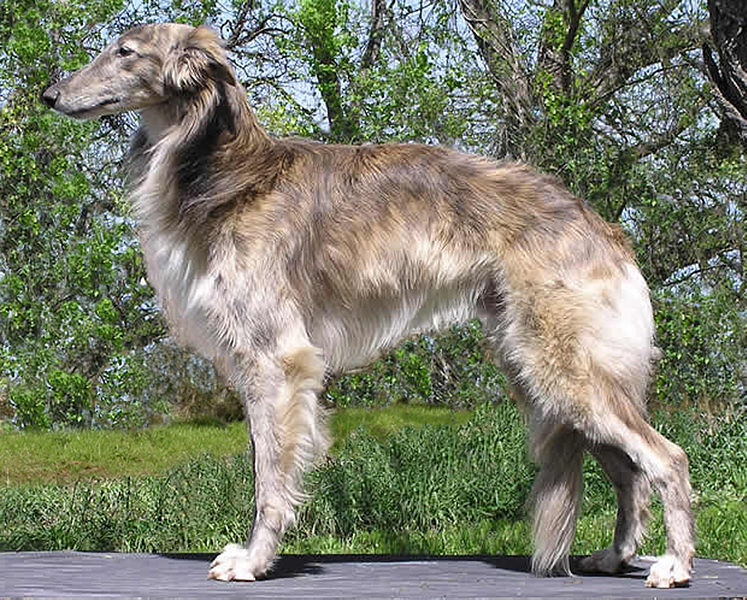 Silken Windhound: “A silken what? Benedict has already said he likes lurchers. A Silken is kind of like a purebred lurcher, descending from Whippet, Borzoi and Shetland Sheepdog crosses in the late 1900s. She has a lithe runway model build, which should look good next to the man. True, that touch of Sheltie ups her brain power considerably, but the sighthound factor makes sure she’s not overly obedient. She’s a rare breed, not even recognized by the American Kennel Club or England’s Kennel Club.” 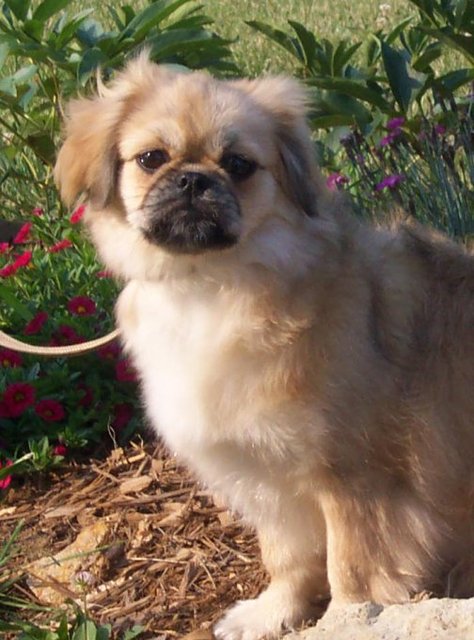 Tibetan Spaniel: “Benedict may prefer a fellow Buddhist, and what better choice than the dog who (at least according to legend) turned the Buddhist monks’ prayer wheels? Anyone who knows a Tibbie realizes this legend can’t be true unless considerable bribery was taking place, as Tibbies make no secret they won’t be doing anyone’s bidding. His small size and Zen attitude makes him a good candidate to stroll the red carpet with Benedict.” 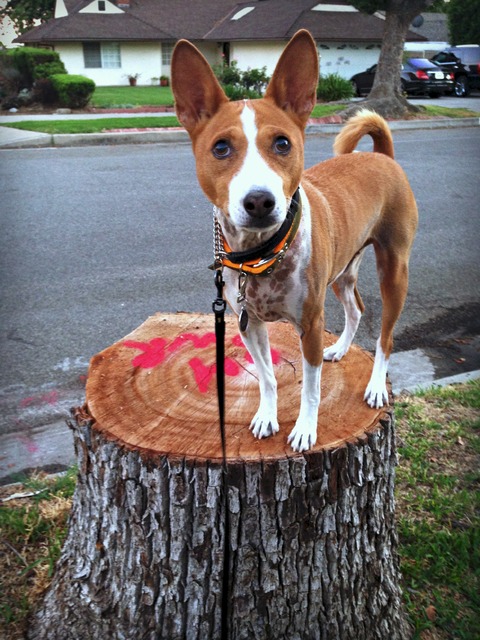 Basenji: “One of the most primitive domesticated dogs, Basenjis still hunt for their tribal villages in the Congo. They aren’t exactly hop-to-it obedience types, so they’ve definitely got the independent part down. They’re known for being barkless, but they have no problem speaking their mind by yodeling and yipping. Watching Benedict try to control one could provide hours of entertainment for fans online. Besides, ‘Benedict and his Basenji’ has a nice ring to it!” 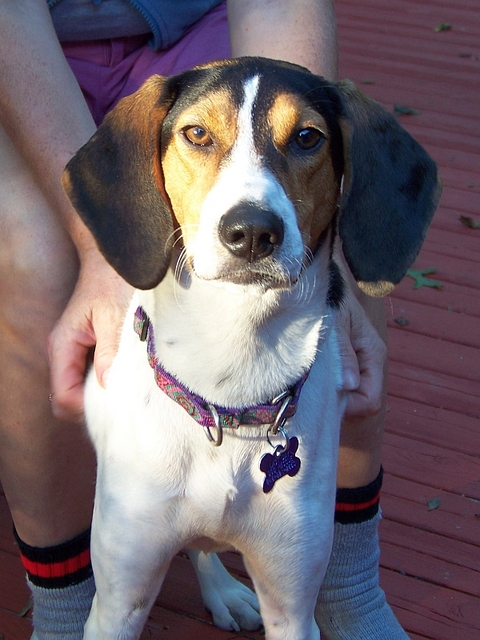 Harrier: “The quintessentially British Harrier comes from the Middle Ages and is behind most of today’s scenthounds. Bigger than a Beagle, smaller than a Foxhound, his temperament is also between the two: more serious than a Beagle, less serious than a Foxhound. Like all scenthounds, he answers to his nose and his stomach, in that order. A true classic, we think he complements Benedict’s classic Brit good looks. And as a rare breed, the Harrier could profit from a little more exposure!” 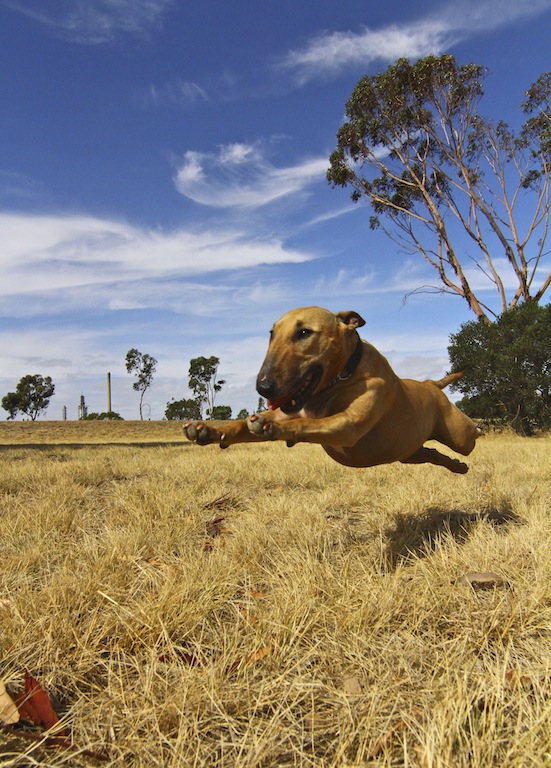 Bull Terrier: “A jaunty bloke with a mind of his own, he has a sense of humor fit for a comedian. He’s no dummy, but he’s not one to show off his smarts, unless it’s showing up his people. In the mid-19th century, the white Bull Terrier (nicknamed The White Cavalier) was the choice of stylish companions for young British gentlemen. But we see our guy being a bit of a maverick and going for the colored variety.” 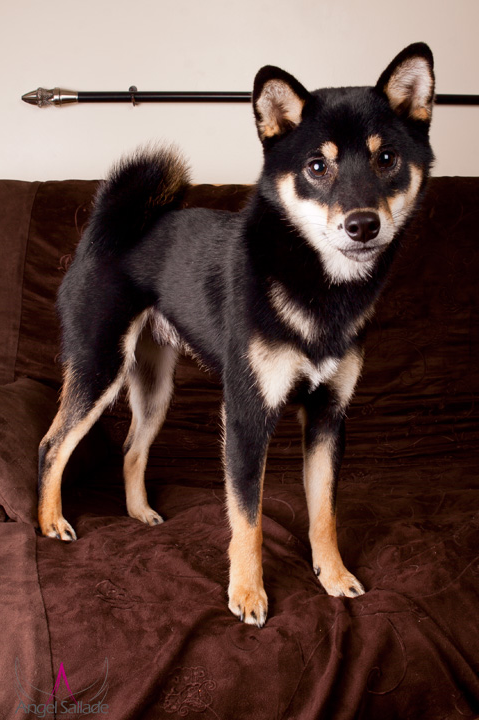 Shiba Inu: “The smallest of the native Japanese breeds, the Shiba is still plenty big enough to keep up with outdoor adventures, but small enough to go with Benedict pretty much anywhere. Of course, he better keep her on a leash, because she’s not going to be impressed by his celebrity.” 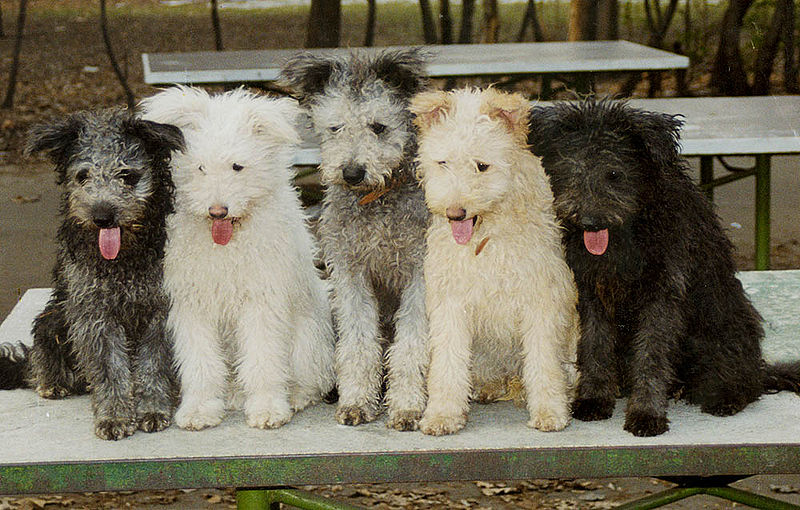 Pumi: “The Pumi may be the ringer in this group: She looks like a mad scientist but it’s really her Einstein imitation, because she’s scary smart. She also has an independent streak, ready to break out as soon as you think she’s actually going to listen to you. We think Benedict may be smart enough to gain her respect. Or at least, pretty enough.”

Which breed (or mix) would you want to see Benedict strolling Hampstead Heath with?