Next on The Scoop: Ask a Vet: What Do You Do When People Feed Your Dog Treats?

The death-row Labrador, accused of biting a girl, went missing days before an appeal hearing.

Amber and Patrick Sanders have been fighting for 16 months to save their yellow Labrador, Phineas, from being euthanized. Mayor Gary Brown of Salem, Missouri, declared Phineas to be “vicious” after the dog was accused of biting 7-year-old Kendall Woolman in June 2012 while she was visiting for a play date.

On Thursday, Oct. 17, the Sanders had a hearing before the Missouri Court of Appeals, and brought a dog-bite expert to testify that the teeth marks on the girl’s skin couldn’t have been made by a dog. The judge is expected to bring a verdict within a week, but the decision might be moot at this point: the Saturday before the long-awaited hearing, Phineas disappeared from the veterinary office where he was being held. 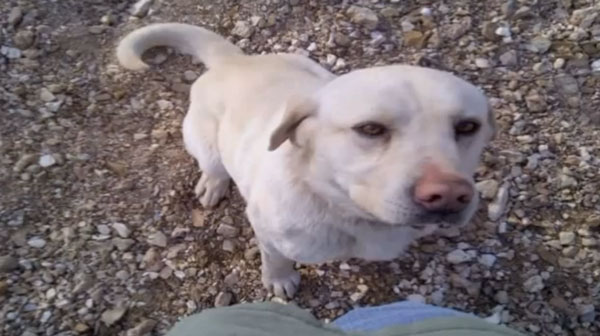 The question of whether Phineas lives or dies has brought up a lot of bad blood in the town of 5,000. There have been allegations of threats and abuse on both sides, and one woman was charged with third-degree assault and harassment for allegedly threatening Wayna Woolman, the mother of the girl who was bitten. Woolman told a local reporter, “My life and my family’s life have been turned upside down because of threats from Phineas supporters.” The mayor, who made the original decision to have Phineas put down as “vicious,” also says he’s been threatened. Patrick Sanders says that although his family hasn’t been threatened, friends of theirs have. 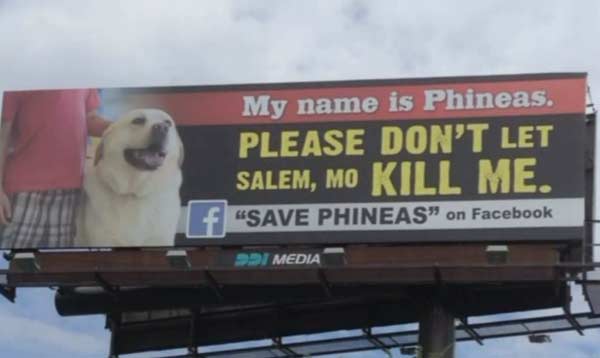 Phineas has become a cause célebrè with dog lovers far beyond Missouri. He has his own website, Facebook page, a Twitter account, and a Change.org petition that has garnered 75,000 signatures. There is virtually no part of the social web that the Sanders family has not used to spread the word about their dog.

Jim Crosby, an expert on dog bites and canine aggression, testified that the bite marks left on the Woolman girl’s skin were the wrong size and shape to have been made by Phineas. Crosby used a canine skull and jawbone to show how the long canines would have punctured the skin before the front teeth even made a mark. 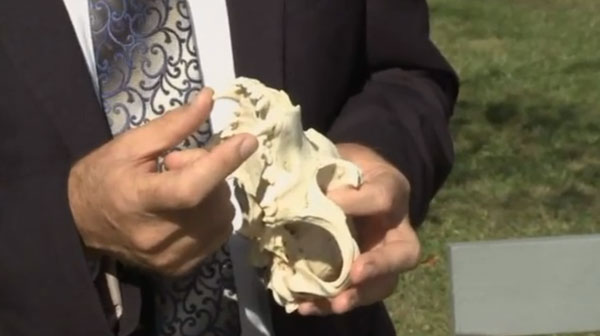 The immediate assumption after Phineas disappeared was that his abductors killed him. Even the family’s own lawyer, Joe Simon, told the press that “there’s a 95 percent chance the dog is dead.” However, on Saturday, Sanders family members announced on the Save Phineas Facebook page that they’d received a letter signed “Friend of Phineas,” from someone claiming to have taken the dog. The letter is in part a manifesto about animal rights and vegetarianism. It concludes:

Help one friend like Phineas every chance you get.

Thanks for all you do for our fellow earthlings. And shame to the selfish.

If I were on death row I wouldn’t want my fate in the hands of a judge. So Phineas is now safe and happy playing with friends.

More to come — Friend of Phineas

Now on their second attempt to have the mayor’s kill order overturned, the Sanders family is obviously hoping that the letter is genuine. However, there aren’t any photos or other evidence of its authenticity, or at least none that have been made public. For now, all anyone can do is wait: not only for the court’s decision, but also to find out whether someone has made that decision irrelevant.

Posted in Aww, Crimes Against Dogs,