Next on The Scoop: SF SPCA Breaks Adoption Record with Holiday Windows 2013

How do dogs learn to swim so easily? Well, it turns out they just start running.

A while ago, biologist Frank Fish and his colleagues took eight dogs representing six breeds, including Yorkshire Terriers and a Newfoundland, and went to a rehabilitation pool at the University of Pennsylvania — a pool that’s usually reserved for horses.

Frank Fish & Co. were going to get their science on, according to a story on Discovery.com. 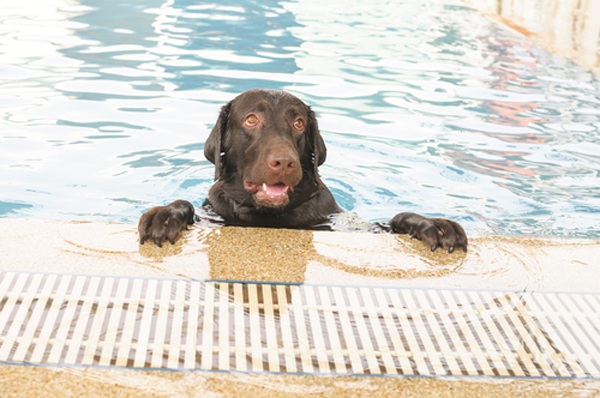 Specifically, Fish and his team from West Chester University were intent on figuring out just what the heck is going on below sea level when a dog is swimming. They dumped the dogs in the “ultra clear” rehabilitation water, then recorded the animals’ leg and paw movements.

What did they find out? It turns out that the dog paddle is nothing more than a dog jogging underwater. 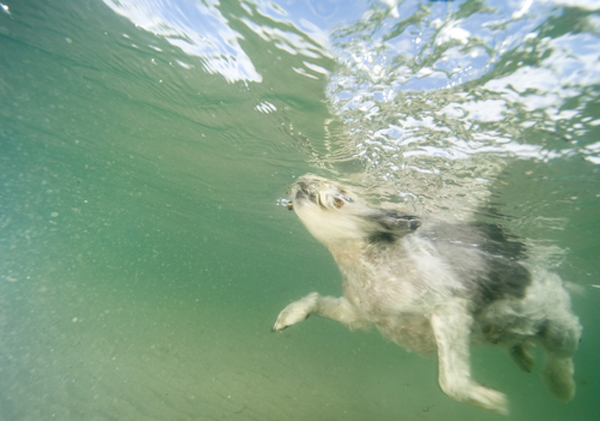 “The researchers found that dogs swam with a gait that’s nearly identical to a familiar trot on land,” according to Discovery.com. “When a dog kicks into this kind of slow run, more brisk than a walk, diagonal pairs of legs move together.”

When swimming, the dogs did move their legs faster and somewhat “beyond the range of motion for a trot,” but the similarities were uncanny.

Plus, the movements showed very little variation among breeds. 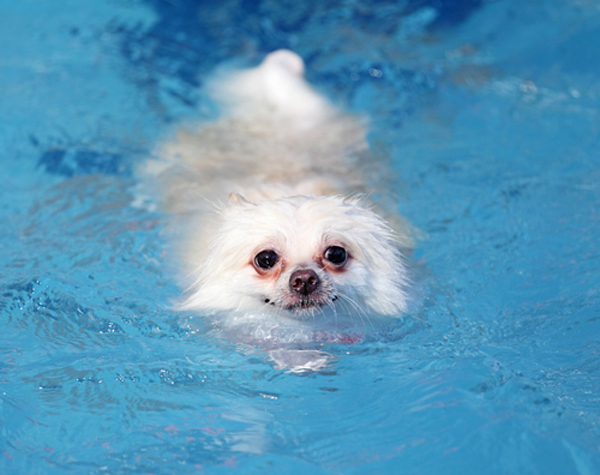 While the findings might be interesting to dog owners — so that’s how dogs take to swimming so quickly! — they’re even more so to scientists, as they provide a clue to how whales, dolphins, and porpoises evolved.

Fish suspects that ancestors of these animals just “jumped in water — probably to obtain food and shelter — and stayed in it over longer and longer periods.” Then, changes to their musculature and their skeletons led to their limbs becoming more like paddles.

That’s something to think about when your dog won’t get out of the pool.