Next on The Scoop: All Dogs Rule, But Here Are 6 Reasons I’m in Love With Those on the Smallish Side

A Dog Is Killed, Other Dogs and People Are Injured, and Yes, the Police Are Involved

Let's play Dogster Outrage Bingo: this news item manages to combine loose, ill-trained dogs, pets and people getting bitten, and the cops getting involved in a trigger-happy way.

A bloody and troubling night befell several people and dogs in the California city of Antioch. Here are the facts, as best we can tell at this point:

Police in a residential neighborhood of Antioch shot a dog to death and captured another last night (Wednesday, Oct. 30) after the animals had attacked four people and two dogs. CBS reports that a man was walking his dogs along a trail when the two loose dogs appeared and attacked him and his pets. When people came out to investigate the noise, the dogs attacked and bit three of them. When the police showed up, the dogs charged them, and one was shot to death. The other fled, and was later captured with the aid of a helicopter. 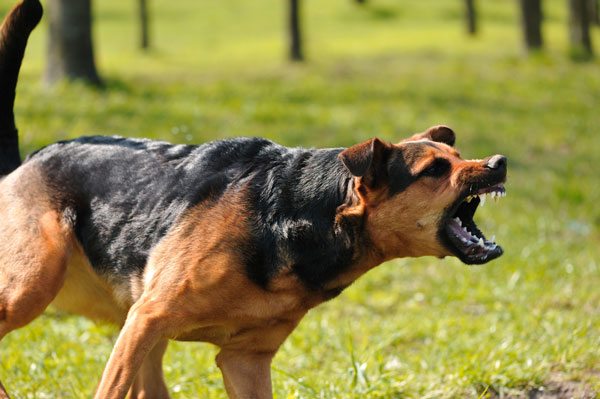 Those are the basic facts, as they’re being reported by CBS San Francisco at this point. There’s a lot that’s still confusing or unclear. Some people are saying that the loose dogs were Pit Bulls, but there’s been no confirmation of the breed, and we know that much of the world sees Pits are the go-to breed for just about any violent act ever committed by a dog.

Also, the dogs seem to have just come out of nowhere: The neighbors had never seen them before, and there were no tags or other ID on the dogs that gave any indication of where they came from. What is clear is that there are some very irresponsible dog owners out there, if they can even be called that. In the end, we have one dead dog, another whose future is uncertain, two more who are probably injured, and four people who needed medical attention because at best, someone couldn’t be troubled to take care of their dogs.

And that’s the best case. The other possibilities of where these dog came from and why they attacked every living creature in sight are hard to even think about. We’ll let you know as more details become available.