Next on The Scoop: Meet Bubbles, the Lovable Pug Who Lives with Rapper Hopsin

The Dog Ate Her Homework — For Real

By the time I hit high school, the excuse “My dog ate my homework” was not only absurd, trite, and improbable, but already technologically obsolete. I had been doing most of my homework on a word processor since seventh grade, and as we all know by now, a stray magnetic field on a floppy disk or a full-on hard drive crash does a far superior job of destroying one’s mediocre paper on the construction of the Appian Way than even the most enthusiastic canine. It is true, however, that between 1984 and 1985, the Thousand Oaks Public Library lost several volumes of its science fiction and fantasy section to the ravenous appetite of a certain German Shorthaired Pointer owned by my younger brother. So it goes. 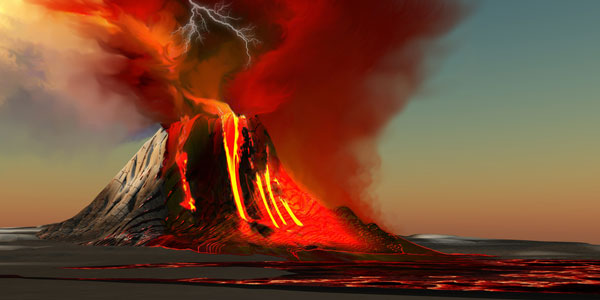 But even the most hackneyed excuses have a grain of truth in them, as 13-year-old Payton Moody found out. For her eighth-grade science project, Moody put together a mock-up of the volcano Mt. Haleakala in Maui. Rather than use igneous rocks, which are heavy, expensive, and messy, Moody made her volcano out of candy and pins. “She had chocolate as the mountain and used Twizzlers for lava coming out, with blue M&Ms for water,” her mother said on Good Morning, America. 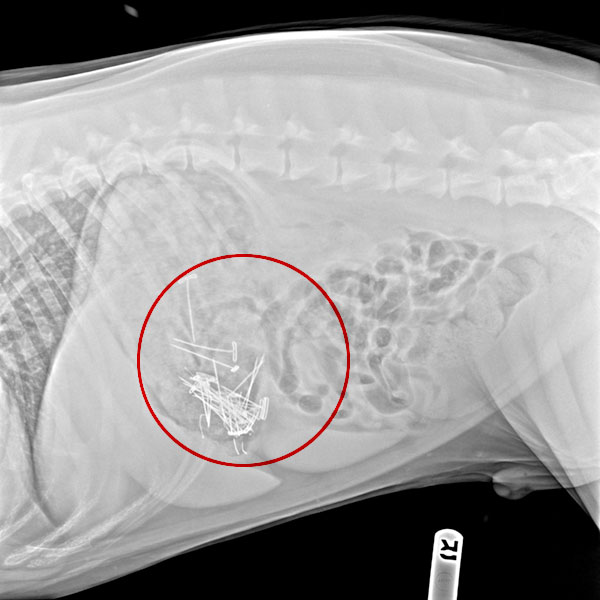 It sounds like an amazing project. Unfortunately, the Moodys’ two-year-old Labrador Retriever, Reggie, decided to show his appreciation in approximately the same way that my brother’s dog did with volumes of Isaac Asimov, Robert Silverberg, and Piers Anthony. (I assume that the last was actually an attempt to save me from myself.)

While the family was out at a football game, Reggie launched an assault on Mt. Haleakala, devouring the chocolate, the Twizzlers, the M&Ms — and about fifty pins.

A dog eating that much chocolate would already have serious problems. But swallowing 50 straight pins made it a crisis far beyond the awkward explanations to Payton’s teacher. They rushed Reggie to the veterinarian, where Dr. Brian Van Vechten removed all 50 of the pins. “They were able to take most of the pins out with an endoscopy,” Van Vechten said, “But there were still six or so in the stomach, so I was called to take the remaining pins out through surgery.” 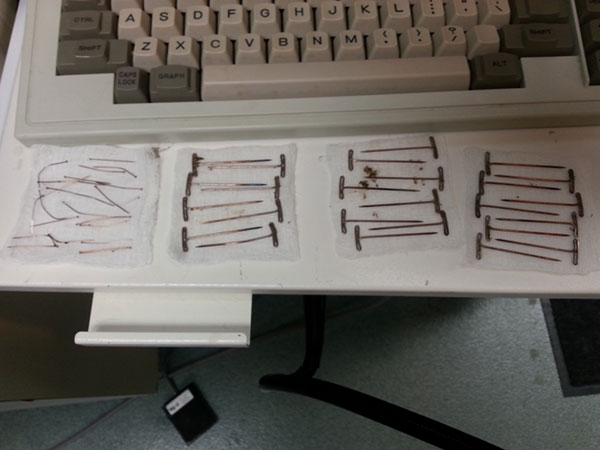 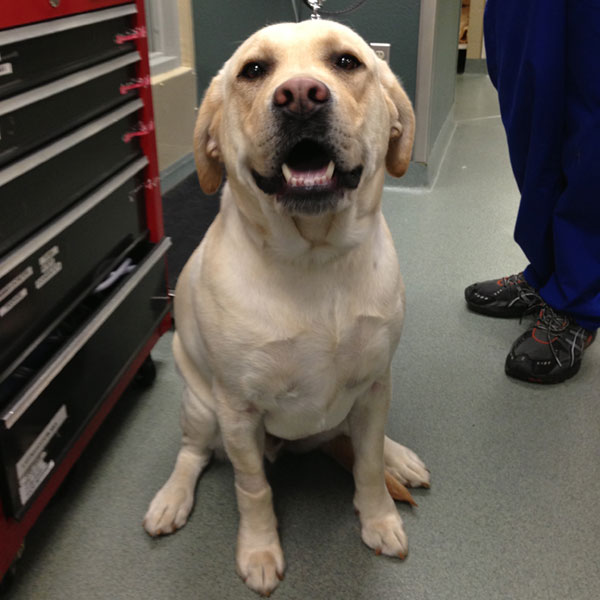 After surgery, and recovering at the vet’s office for two days, Reggie was able to come home. Payton made another volcano, this time using a glue gun instead of pins. Apparently Reggie made a try for this one, too, but didn’t get it. The volcano survived, and Payton was able to turn this one in for an A.