Next on The Scoop: Should Dogs Wear Halloween Costumes?

This Dog is Allergic to Humans

Lucky Dog Retreat Rescue in Indiana believes it can work around his impediment to adoption.

I haven’t come across the archetypal “man bites dog” story yet, unless you count a certain incident involving one of my in-laws. Because I won’t write that up in the pages of Dogster ever, I think this story is about as close as I’ll come. It seems that Lucky Dog Retreat Rescue in Indiana has found one of its pups is allergic to people.

While we’ve all probably known people allergic to dogs or cats, it’s rare that you ever hear about a dog being allergic to human beings. But apparently it’s true of Adam, a black Lab who came into Lucky Dog recently, and for essentially the same reasons as most humans: He’s allergic to dander. 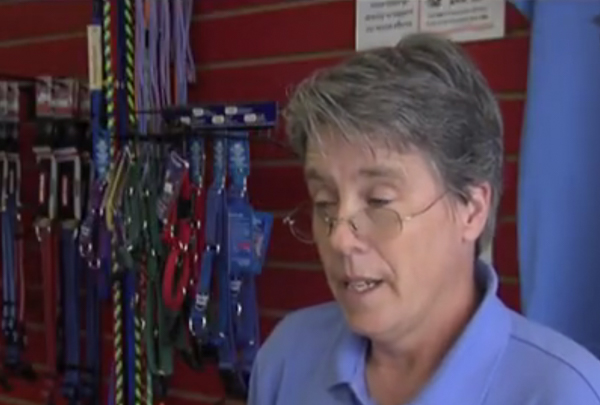 Adam had a lot of problems when he first came in, so his allergy wasn’t immediately obvious to the staff.

“I saw his picture on the rescue list and it was heartbreaking, so I said, ‘Sure, we will take him,'” owner Robin Herman told local TV station RTV6.

The staff started feeding and bathing Adam just like they would any other dog, and he did get better. Just not as much as he should have, so Lucky Dog had the vet do a blood test on him. The results were unexpected.

“Humans? I thought (the veterinarian) was kidding, she said just like we can be allergic to dogs, he’s allergic to human dander,” Herman told RTV6.

As you can guess, it’s kind of tricky to rehome a dog that’s allergic to humans. It’s almost the exact opposite of what people are looking for when they come in looking for a dog to become part of their family.

Other than his allergy, Herman believes Adam would be an ideal candidate for adoption. However, that’s a big exception, and Lucky Dog is working to get past it. The vet says that with treatment, Adam might be cured of his allergy.

“He’s smart, he learns, knows a bunch of commands, he’s a great dog. It’s not his fault. We raised as much money as we can and we’re not going to stop until he’s better,” she said. “The vet seems to think we can fix him. They put a serum together just like with kids allergies, and he starts on allergy shots this week.”

We hope that the treatments work, and that Adam gets to go home with someone who doesn’t make him itch and sneeze.

Via The Indy Channel