Next on The Scoop: Joint Custody of the Dog in Divorces? Not in Vermont

A woman went home with a beautiful dog then put an ad on Craigslist to sell her for profit.

On Sunday, an awful person adopted a dog from the Hawaiian Humane Society. At the time, staff didn’t know the person was awful; they just thought the woman wanted to give a good home to Sally Mae, a 10-year-old Jack Russell. They were happy.

Then, one hour after the adoption took place, the dog appeared on Craigslist. For sale. At a price, $200, that was more than double than what was paid in adoption fees. It appears the woman who adopted the dog was trying to make a fast buck in one of the most terrible ways possible — flipping a dog. She says in the ad that the her and her boyfriend were too “caught up with work” to have a dog. 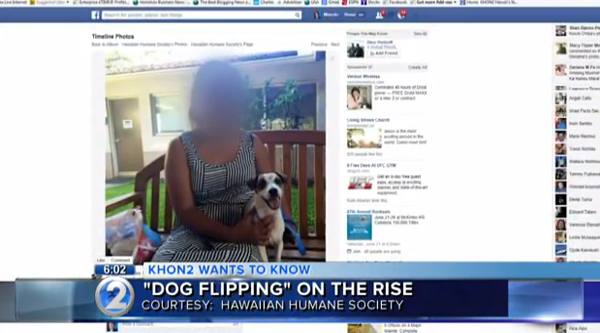 “It’s really disappointing to think that animals are really seen as a commodity vs. your loving pet that’s part of your family, so that’s really hard for us,” Christina Kam, Hawaiian Humane Society’s communications and event coordinator, told KHON2.

Watch a video of Sally Mae created by the Hawaiian Humane Society: 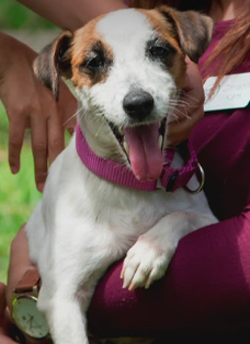 The Humane Society has been in contact with the woman, trying to figure out what is going on, knowing that what the woman is doing is not illegal. She signed a contact, but nothing in the contract prohibits her from selling the dog.

“We’re just really imploring her to come and return Sally to us so we can just get her to a new home. She does have a medical condition,” said Kam.

KHON2 got in touch with the woman by phone, who claims it’s all a “misunderstanding” — bizarrely, because she says she does intend to sell the dog. She says the $200 price she’s charging is what she has already spent on the dog. She also says Sally Mae is five years old, which is a lie. Sally Mae is 10, according to the society.

The woman claims she is afraid to return the dog to the Humane Society in the fear that the dog will be euthanized. The society has done nothing to indicate that would happen.

As for the Humane Society, it plans to change the adoption policy to restrict selling dogs after they are adopted. Enforcement, however, would be difficult.

“It’s going to take a lot of advocacy work, sharing with people that this does happen,” says Kam. “And to keep your eye out on Craigslist.”