Next on The Scoop: How to Choose the Best Dog for Your Family

People tried to help Duchess after seeing her photo, but authorities say she's "frail and friendly."

On Tuesday, a shocking photo of an alarmingly thin Doberman named Duchess was posted to the Facebook page 100+ Abandoned Dogs of Everglades Florida. Readers were horrified. According to NBC 6, it was shared more than 2,500 times and swept past 3,000 comments in a matter of hours.

Animal lovers didn’t just gawk and wring their hands, however. They acted. They went to the house.

“The first thing that went through my mind was that something had to be done,” said Mary Hagopian, who was among the dozens of advocates who showed up, according to NBC 6. 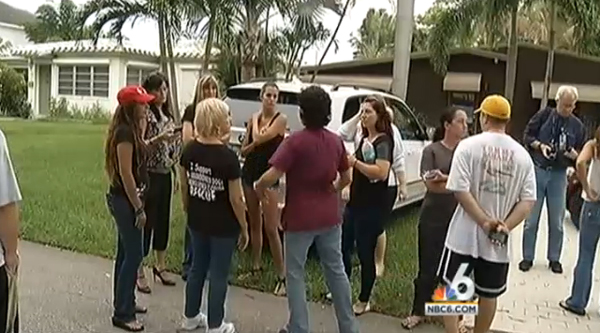 According to a neighbor, the dog had apparently been chained up and barking for weeks, with no food or water in sight.

“It came out with this big, heavy chain on … total ribs,” said veterinary technician and dog owner Lori Rudock. “It was terrible.”

According to Roman, the man responded, “It’s a dog, get off my f-ing property.” 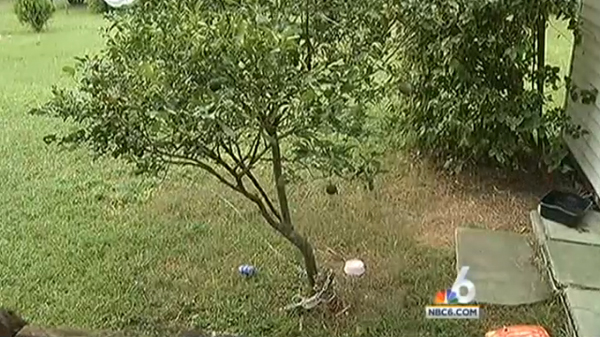 Then, police arrived. They told NBC 6 that they found a dog tied up, but they also noted the presence of food and water. Police took the dog to Animal Control for a check-up, and it concurred: Duchess was thin, but friendly and frail.

Then, shocking everybody on the 100+ Abandoned Dogs of Everglades Florida page, Duchess was released back to her owners. The officials had determined that the dog was not in poor health and displayed no signs of abuse or neglect. The owners even showed investigators a tub of “high quality dog food and recent medical records,” according to the police report.

The people at 100+ Abandoned Dogs are heartbroken, but not swayed. They believe the dog is suffering and are determined to see her removed from the home. The site posted this on Wednesday:

“This is the bottom line. Animals are considered property. Until this law is changed nothing will change for these animals to get them the proper protection. I personally called the head of Broward Animal Control. Duchess was taken to the vet in Hollywood. She received medical treatment for hookworms. And vaccines. Animal Control has no choice but to return the dog to the owners. Animal control will be monitoring the dog and the situation as we will be. This breaks our hearts to no end to deliver this news to you. Animals are considered property. Property of the owners who are complying with the law. Please stop your calls as this will get you nowhere. If you want change it must be in the state legislature to change the laws for these suffering animals. We will continue to be the eyes for Duchess. We will not forget or walk away. Amy & the 100+ Team.”

Animal control and the Fort Lauderdale police consider the case closed. According to a press release, “The department received numerous concerns from the public regarding Duchess’ well-being and hopes the information being distributed satisfies any outstanding questions. … Pending evidence of abuse, no further follow up by the Fort Lauderdale Police Department is necessary at this time.”

The department released these two photos to bolster its claim:

Via NBC 6 and its follow-up story; follow new developments at the Facebook page 100+ Abandoned Dogs of Everglades Florida