Next on The Scoop: Police Kill Service Dog, His Devastated Owner Calls for Officer Training

The Disco Dog Vest Turns Your Pup Into a Party Animal

Your dog will soon be able to party harder, thanks to a Kickstarter campaign for a new vest with flashing LED lights and scrolling messages.

The Kickstarter campaign tagline is a thing of beauty: “Finally, your dog can party with you! Introducing Disco Dog – The smartphone-controlled LED dog vest.”

A couple issues, right off the bat: Have we really been waiting for our dogs to party with us? Is partying with our dog something the public has been clamoring for? Can we roll up in da club with our dog, provided he is wearing a smartphone-controlled LED dog vest? Aren’t we, like, already partying with our dogs because everything is a party to a dog?

The bigger issue: What the heck is a smartphone-controlled LED dog vest? 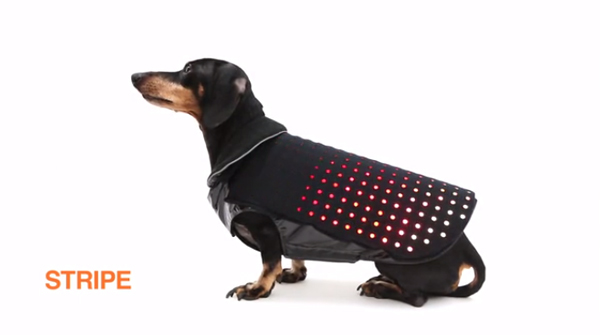 The truth is something we’re not sure we’re ready for: a vest with moving lights and scrolling text, in thousands of colors, that goes on your dog. You can any scroll any text you choose, via your smartphone, and you can add some pop with sparkle, stripes, firefly, and alarm animation.

You can turn your dog into a little messaging blimp, in short. Why would you do this? To party! After all, when the going gets tough, the tough get a party going (Andrew W.K.), and you should bring your dog to this party.

But, ho! It’s not all about partying:

“If your dog runs too far away and the connection is lost, the vest will show an automatic ‘LOST DOG’ message, asking bystanders to help the lost pup find her way back.” 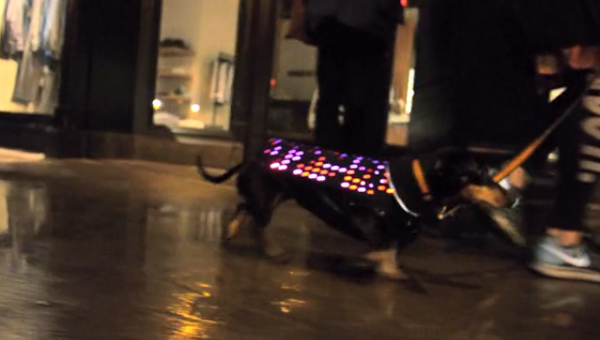 In truth, the dog wearing the vest in the Kickstarter video looks pretty cool, and the lights do indeed make the dog visible to other pedestrians. It also looks rather big and bulky, and hardly the sort of thing you’d pull out for every walk.

But that could change: The company, PARTY NYC, says the vest is still in “beta phase,” and it’s working on the design and “gauging public interest.” It just has a prototype vest, and the Kickstarter campaign will raise money for a first run of 80 vests, which will go to backers at a pop-up Disco Dog launch event in New York City.

“We hope the support we receive through Kickstarter will help us quickly develop Disco Dog into a product that can be manufactured on a larger scale. If our dog-loving audience wants more Disco Dog, it’s our aim to provide,” reads the page.

Do you want more Disco Dog? Head to the Kickstarter page. The campaign ends April 12. 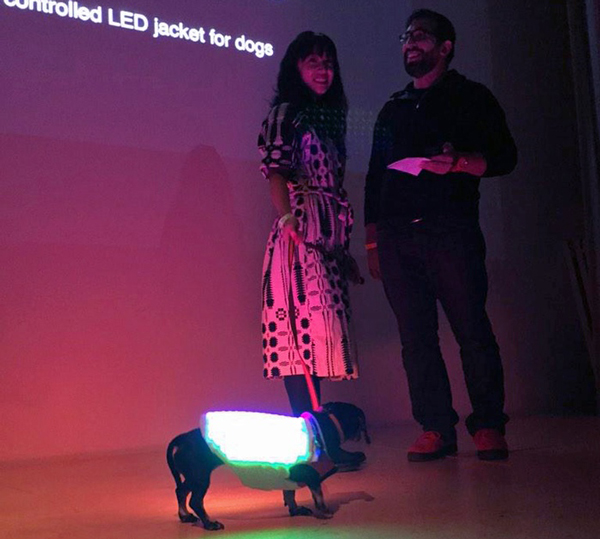