Next on The Scoop: Keep Your Dog Safe and at Home on “Every Day Is Tag Day”

Delta Airlines Will Track Your Dog’s Flight — For a Fee

The airline can now monitor dog kennel temperature and location by GPS. Would you pay for such a service? Should you even have to?

For some reason, Delta Airlines chose yesterday, April 1, to debut a new service for people whose pets are taking a plane cross-country. When I first read the story, I wondered for a moment whether it was an April Fools’ joke. No, it’s the real thing: As of yesterday, Delta Airlines is giving pet owners the ability to pay 50 bucks to track their traveling animals by GPS.

The service doesn’t just allow you to see the location of your pet; a sensor in the kennel sends back information on the surrounding temperature, alerting the airlines if it gets dangerously hot or cold, and on whether the container is standing upright. The customer can check on their pet using a dedicated web page. 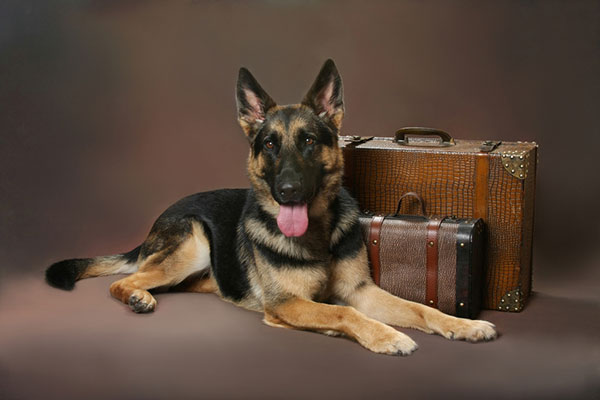 As of right now, the service is being provided only if you check your pet as cargo, not baggage, and only out of 10 cities: New York (LaGuardia only), Atlanta, Cincinnati, Detroit, Los Angeles, Salt Lake City, Minneapolis/St. Paul, Tampa, Seattle, and Memphis. It’s also limited: If you think that you’re going to be able to check up on your pet’s status throughout an entire six- or eight-hour flight, forget it. For the same reason you are not allowed to make phone calls, the GPS units aren’t allowed to transmit data. Updates are only available before takeoff and after landing. 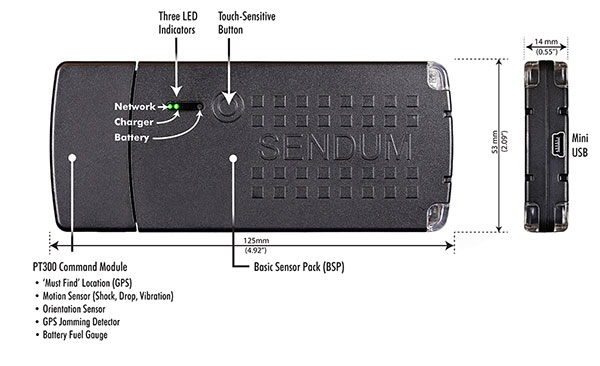 Even with its limitations, I can understand why pet owners would be interested in such a service. There are a lot of legitimate reasons for them to be concerned about the welfare of their animals before, after, and while they’re in the belly of the big, metallic beasts that fly back and forth across the world. The Department of Transportation reports that in 2014, 26 pets were injured, 17 were killed, and two were lost while in the custody of airlines. That’s still a distinct improvement from 2011, when the Department of Transportation reported 35 animals dead in transit, 16 of which were traveling with Delta.

One of those lost dogs was Ty, an American Staffordshire Terrier who escaped from his kennel at LAX while Delta was transporting him to his family’s new home in Tampa last October. To this day, Ty has not been found, although his family still maintains a Facebook page and a hotline in the hopes that he might be found. Ty’s disappearance got a lot of media coverage, but Delta claims that the publicity around the case is not why it’s instituting the new program. In fact, even if such a device had been used for Ty’s flight, it would not have helped bring him home as it attaches to the kennel, not the dog. 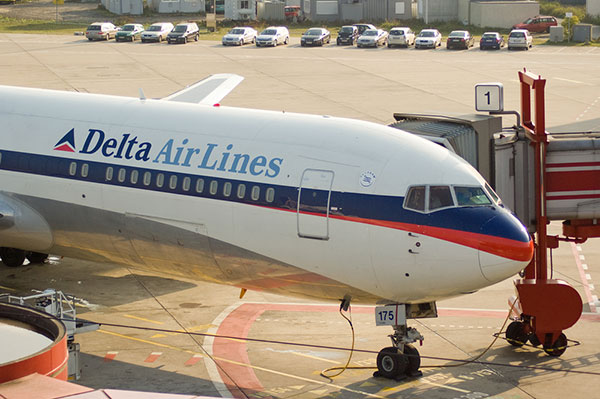 Nevertheless, I immediately cast a skeptical eye on anything that translates into an airline saying “give us more money.” It’s not a radical statement to point out that airlines have been giving their customers less and less service for more money. The width of seats and the space between rows have shrunk by several inches over the past few decades, and while past generations may have joked about how awful airplane food was, simply getting fed on an airplane has become a luxury. It’s usually hyperbole to say that an agency or business charges for everything but the air. However, if anyone will find a way to literally charge for letting their customers breathe, it’s going to be the airlines.

So, I have wonder how much of a service Delta customers will be getting for their 50 bucks. I also have to wonder why, given their track record in cases like Ty, Delta is making this an optional service in the first place. It doesn’t seem unreasonable to ask that they put a little bit of extra effort into keeping pets safe and comfortable without asking for more money.