Next on The Scoop: Is That Dog Slobber Normal … Or Something to Contact Your Vet About?
Dogster News 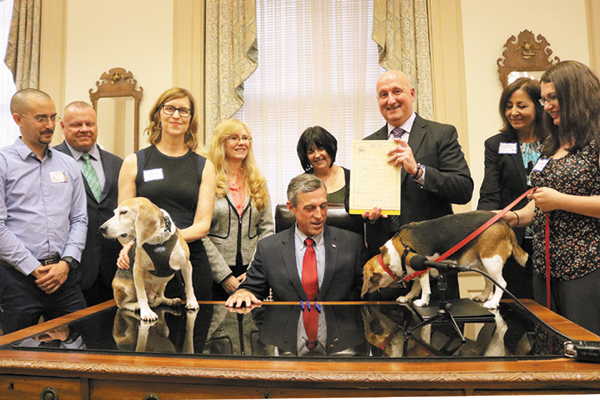 The Beagle Freedom Bill helps save the lives of dogs and cats who have been used for research. Delaware just became the eighth state to pass this bill.

The new law requires research laboratories to relinquish dogs and cats to rescue organizations upon completion of their research rather than euthanize them, as has been standard practice in the past.

“This policy addresses a real deficiency of law, and we are so proud to be able to secure homes for animals that have endured so much suffering,” said Shannon Keith, president of Rescue + Freedom Project, an animal rescue and advocacy group based in Los Angeles.