Next on The Scoop: A Heroic Dog Goes Home to Her Family, Thanks to Crowdfunding

We don't know how, but this little gal survived getting smacked by hitching a ride in the bumper.

The other day in Florida, a Dachshund/Chihuahua mix was dashing across on the wrong road at the wrong time in front of the wrong driver — but fortunately, she had the right car. A Dodge Avenger, which just rocketed to the top of our list of Cars to Get Hit by if You Have to Get Hit by a Car.

Here’s what happened, according to the Gainsville Sun:

Jodie Jernigan was headed to work at a dentist’s office in western Putnam County in her Avenger on Tuesday when a flash of fur flew before her.

“I slammed on the brakes and swerved and did everything I could,” Jernigan said. “I heard a bump and a yelp.”

Yikes! Jernigan pulled over her Avenger and timidly looked around, shaking.

“I got out and was looking for the dog everywhere,” she said. “I figured she ran off. I bawled all the way to work, thinking that this dog was suffering somewhere.” 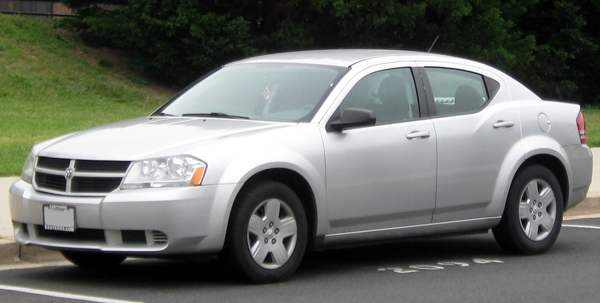 But here’s the thing about the Dodge Avenger: If you hit something, say a Dachshund mix, just right, the dog object can become lodged in the bumper and carried along for the ride, happy as you please. That happened here. The Dachshund took a ride in the Avenger. Then, when Jernigan got to work a few miles later and checked her bumper again, she poked her little head out.

That was too much for Jernigan.

“I was screaming and in hysterics. I didn’t want to walk to the front of the car because I didn’t know what kind of shape the dog might be in,” Jernigan said. “I went and got my boss, Dr. Jordan Webb, and he was like, ‘I’m going to tear up your bumper’ and I was like, I don’t care.”

Webb did as he said — he’s a dentist — and he extricated the dog. They took her to nearby Suburban Animal Hospital, where veterinarian Mark Coleman examined her. 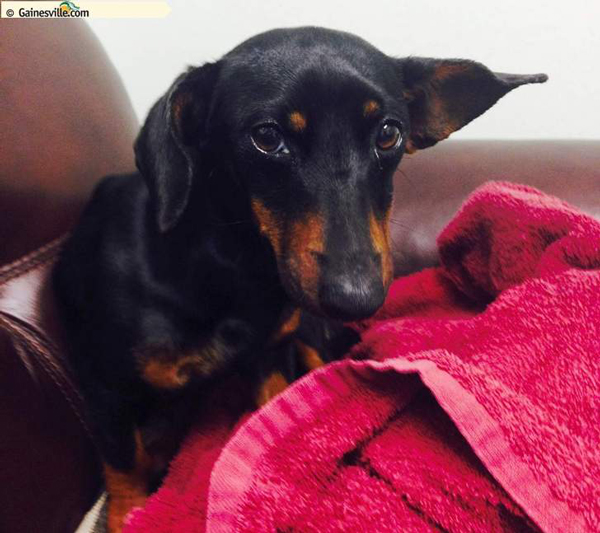 Nothing was broken, and the dog was okay, just a little bruised and sore, according to the Gainsville Sun. She was much better after a bath and a flea treatment, too. Coleman said he had never seen or heard of a case like this before.

“I told Dr. Webb I was going to call her Lucky. He said he was going to call her Bumper,” Coleman said. “I’ve never had one quite like this. We’ve had similar situations, more so with cats that will get under a car hood when it’s cold. But for one to be from an impact and get caught, and having to be physically removed — this is a once-in-decades situation.”

Lucky (or Bumper) didn’t have a microchip, so Jernigan took her home Tuesday night, and her coworkers put the word out on social media. They got a hit: A family in a nearby area had posted a lost dog message that seemed to match, and the two camps are expected to meet soon.

Via the Gainsville Sun