Next on The Scoop: Ace Takes the Lavien Leather Dog Leash Out for a Spin

These pictures and video show that Ruuxa and Raina are the most adorable things in an already adorable part of the San Diego Zoo.

Some of the cutest things in the world are currently happening at the San Diego Zoo Safari Park. For the past couple of months, two tiny little things have been growing up together: Ruuxa and Raina.

Ruuxa is a Cheetah cub who was rejected by her mother, and Raina is a Rhodesian Ridgeback puppy who is helping Ruuxa to forget about that.

According to the Safari Park, the puppy will serve as the cheetah’s lifelong companion.

“Because the cheetah was by himself and did not have any siblings, we wanted him to have a companion immediately,” animal training manager Susie Ekard said. “They definitely like to play, and when they take naps together, they often will snuggle up together for that warmth and closeness.”

Now for some of that cuteness. Here’s what they looked like back in June: 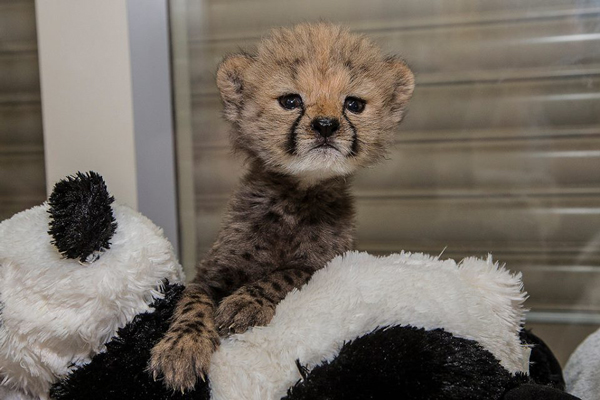 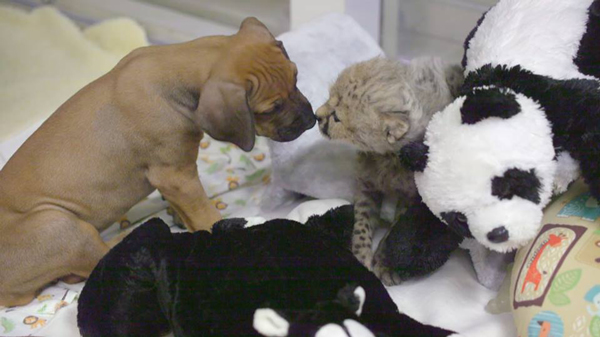 According to the Park, Ruuxa is being raised as an “animal ambassador” for the wildlife operation. As they grow up, “the dog’s body language will communicate to the cheetah that there’s nothing to fear in new or public surroundings, which relaxes and calms the cheetah.” Currently, the Safari Park has four cheetah ambassadors. 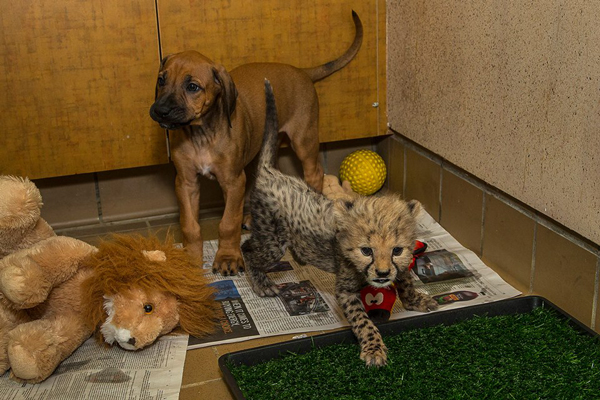 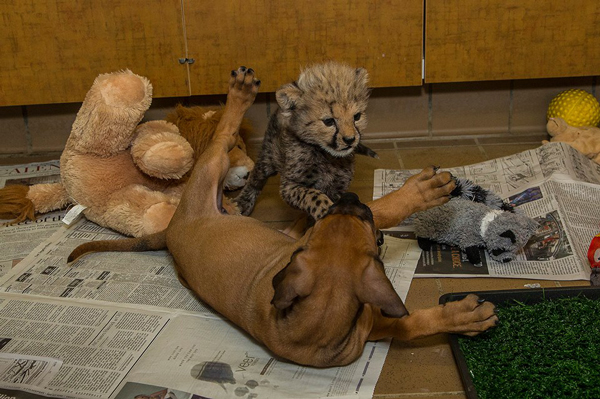 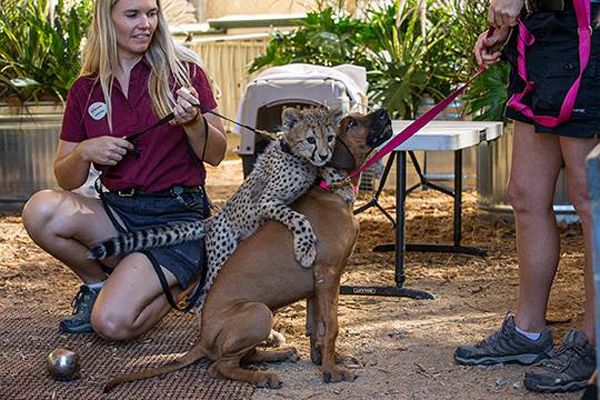 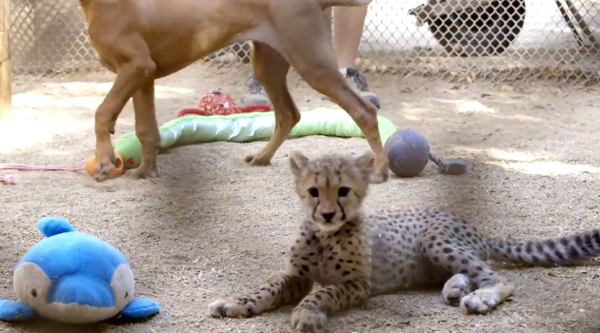 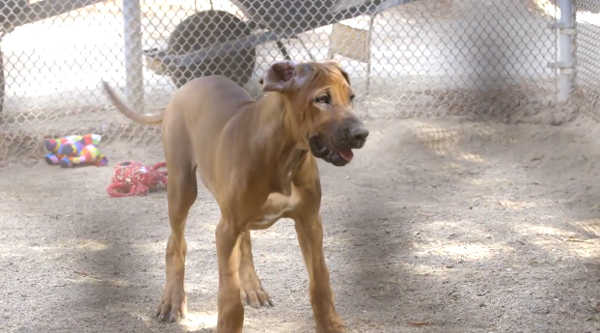