Next on The Scoop: The Heavy Breathing on the Phone Turns Out to Be … a Dog

The viral photos have even reached the dog's original rescuer in Taiwan, who'd long wondered about the dog she saved from a gutter.

Grace Chon is a professional photographer based in Los Angeles, and because two of the cutest things in her life are scurrying around her feet every day, it was only a matter of time before she incorporated them into cute pictures. She did it beautifully. 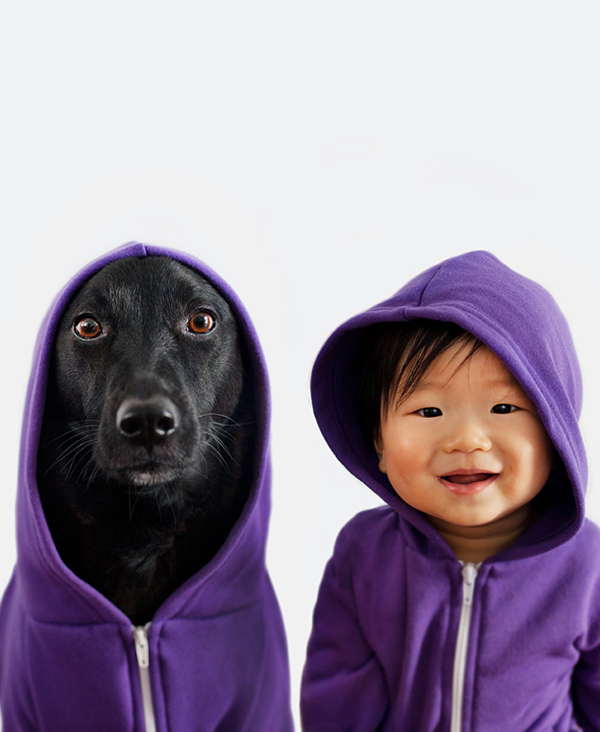 On one side sits Zoey, her 7-year-old rescue dog she adopted from Taiwan. On the other, Jasper, her 10-month-old son. On both their heads: hats. The same hats. Also the same hoodies, the same headbands, the same earmuffs and so forth. She posted the photos to Tumblr, and the Internet dropped everything and headed over for a look. 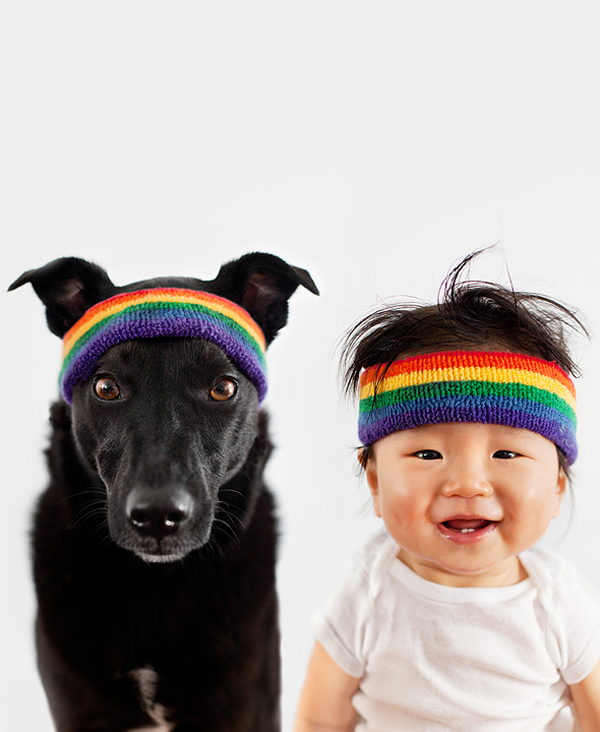 “I have a lot of really cute hats for Jasper, and its just really fun to put him in them,” Chon told Today.com. “And one day I realized it looked really good on Zoey; it fit her perfectly and she looked adorable. … My sister was like, ‘You need to take a picture of them together wearing that hat.’” 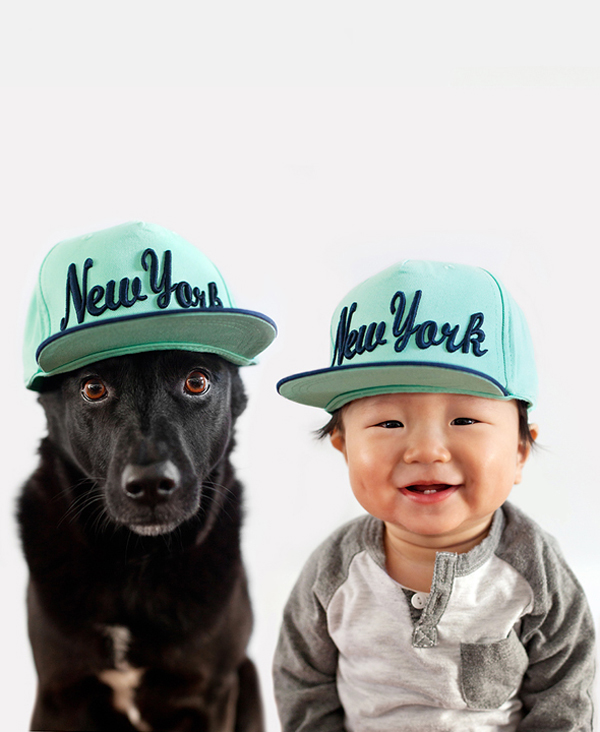 “Zoey loves wearing clothes and loves the camera,” Chon said of her dog. “She will dance around when the clothes come out, and she’ll go running over to her little spot as soon as I have my camera.” 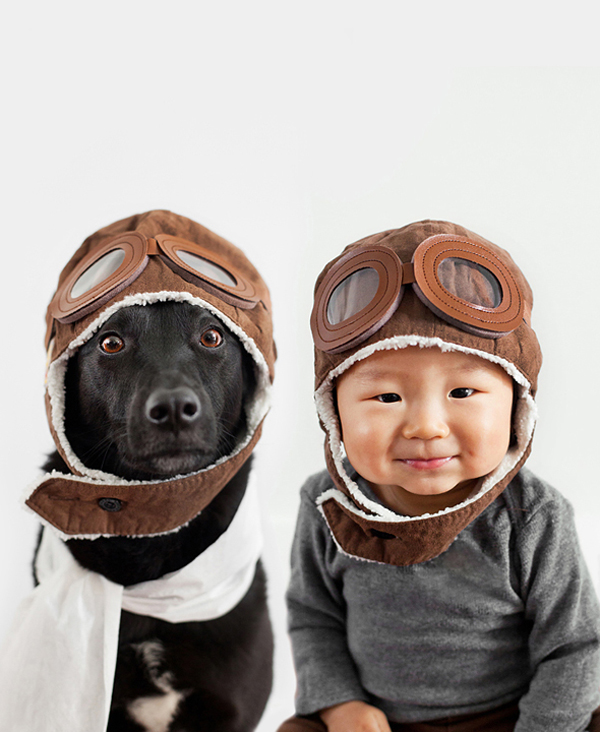 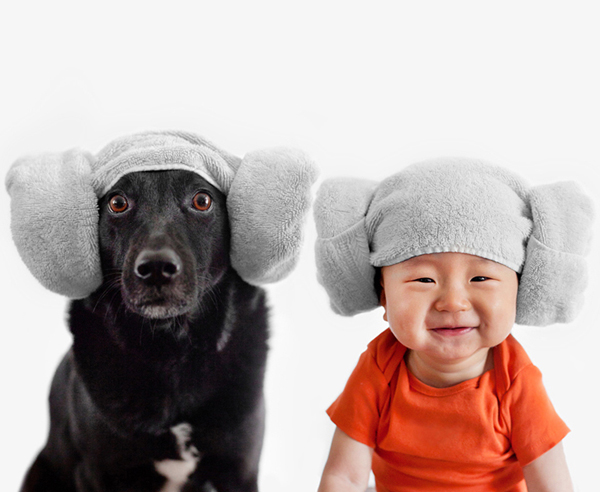 Chon says the series has allowed people to finally understand and really see her dog, who she says is misunderstood due to her anxious, shy personality.

“Zoey is really shy, and she didn’t even let Jasper touch her until he was about seven months old,” she said. “Since we’ve been taking the photos, she’s just so into him. She’s really grown even more attached to him since we’ve been doing this.”

“Most people don’t understand her because she’s very afraid and she barks. And I feel like finally now they’re getting to see what a beautiful, amazing soul she has through these pictures.” 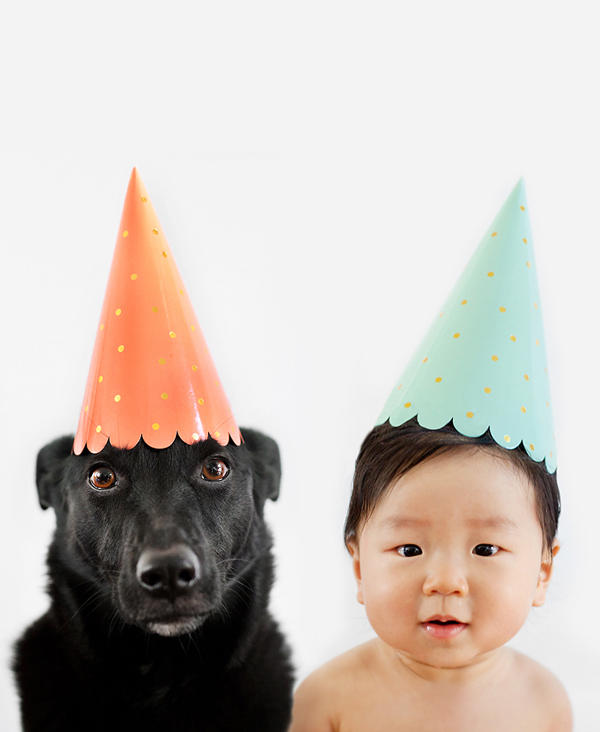 The success of the series also gives Chon the opportunity to spread the word about rescue dogs, especially black ones.

“Black dogs have the hardest time getting adopted — [it’s called] Black Dog Syndrome — and I’m so glad that the whole world can see what a beautiful black dog my Zoey girl is,” she told Today.com. 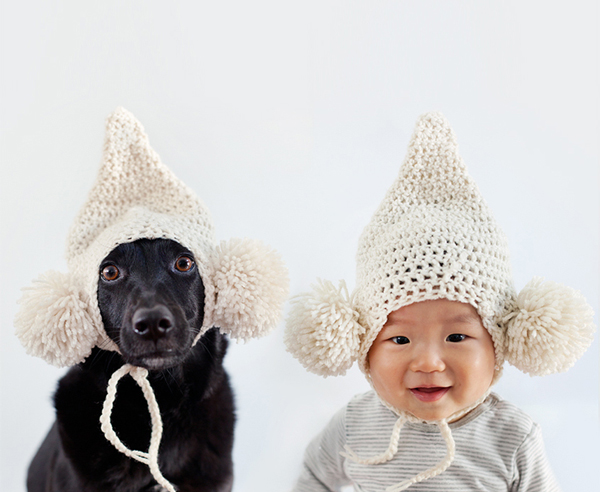 After the photos went viral, Chon, remarkably, heard from the woman who rescued Zoey in Taiwan and was her foster mom until she sent the dog to live in America. Five years ago the woman, named Joy, rescued the a litter of pups from the gutter and brought them home. She cared for them for a month, then put out a call for help; Animal Rescue Team responded and found foster homes for all the dogs — except Zoey. Joy wanted to foster the dog herself, because the dog was the runt and the sickliest.

When she had to leave for China for a job, Joy had to give up Zoey, but she always wondered about the dog. All she knew was that a woman in Los Angeles adopted her. 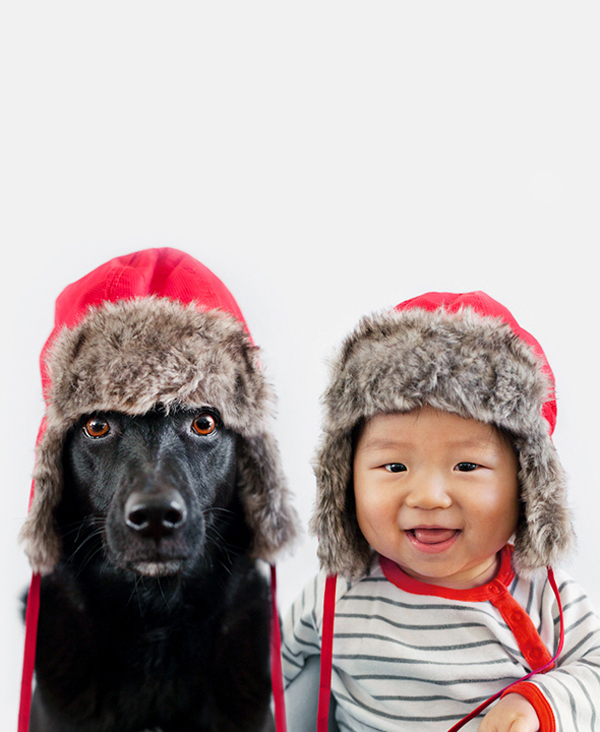 Now, she knows who. After seeing the photos online, Joy reached out to Chon, and the pair have been exchanging stories and photos of the special dog.

As Chon writes on her Tumblr:

What a blessing it’s been to hear about Zoey’s life in Taiwan and to see photos of her as such a little baby. I always knew Zoey was loved and well taken care of while in Taiwan, I just felt it. And speaking with Joy has only confirmed how much love and care she received before she came to me. 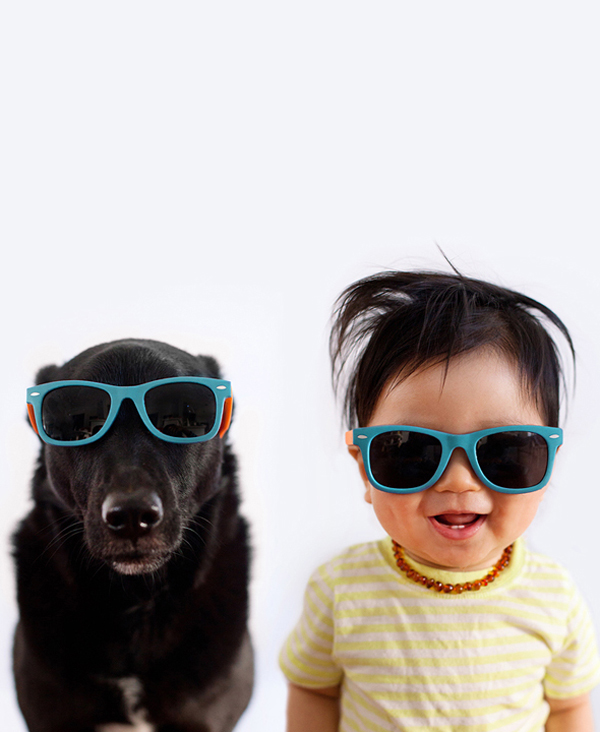 I know one of the hardest parts of fostering is never hearing updates about the dog you loved while searching for their forever home. And it’s an absolute miracle that Joy never has to wonder again.

Thanks to all of you who’ve shared these images around the world, something truly amazing has happened. I have cried so many tears of gratitude in the last 24 hours because I connected with Joy. Thank you, thank you, thank you.

Via Today.com; photos via Zoey and Jasper: A Rescue Dog and Her Little Boy Tumblr