Next on The Scoop: A Family Dog Lies on a Missing Boy Until Rescuers Arrive

Cute Video Alert: A Dog and a Disabled Cat Are Great Play Pals

In this viral video, a little striped cat and an Australian Cattle Dog goof around like old friends.

Sometimes, when your day starts with writing about some sociopath whose hobby is scattering poisoned meat around the city, you find yourself in desperate need of some cuteness. Just enough to reassure you that the universe is not entirely a vile, poisonous place. 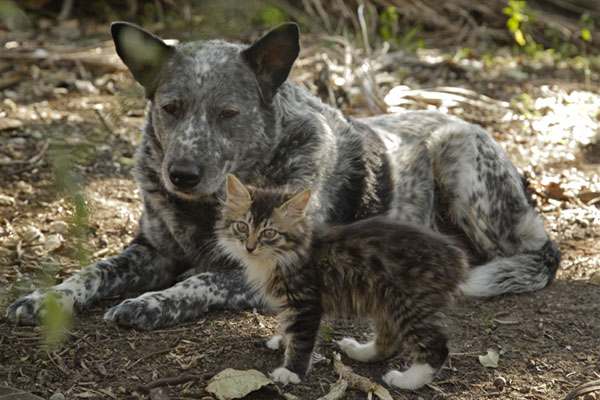 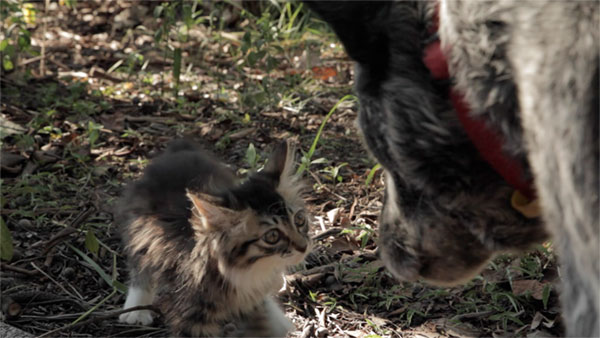 Ralphee was born with feline cerebellar hypoplasia, which in human language means that she has an underdeveloped cerebellum, and thus has less motor control. This gives her sort of an exaggerated, wobbly walk. According to Life With Cats, cats with CH are affectionately known as “wobbly cats.” They go on to say that owners of CH cats “say their CH kitties are some of the sweetest cats you’ll ever meet, and what they lack in coordination they make up in personality.” 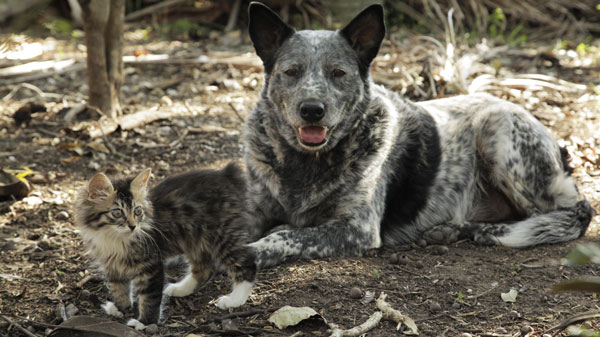 There certainly seems to be plenty of personality to go around between Ralphee and Max. They look like enthusiastic friends, even if Max sometimes looks like he’s a bit concerned about the little cat’s erratic movements. So far, the video has received more than 1.2 million views. Go ahead and add a few dozen more onto that. It’s a great little mood lift.